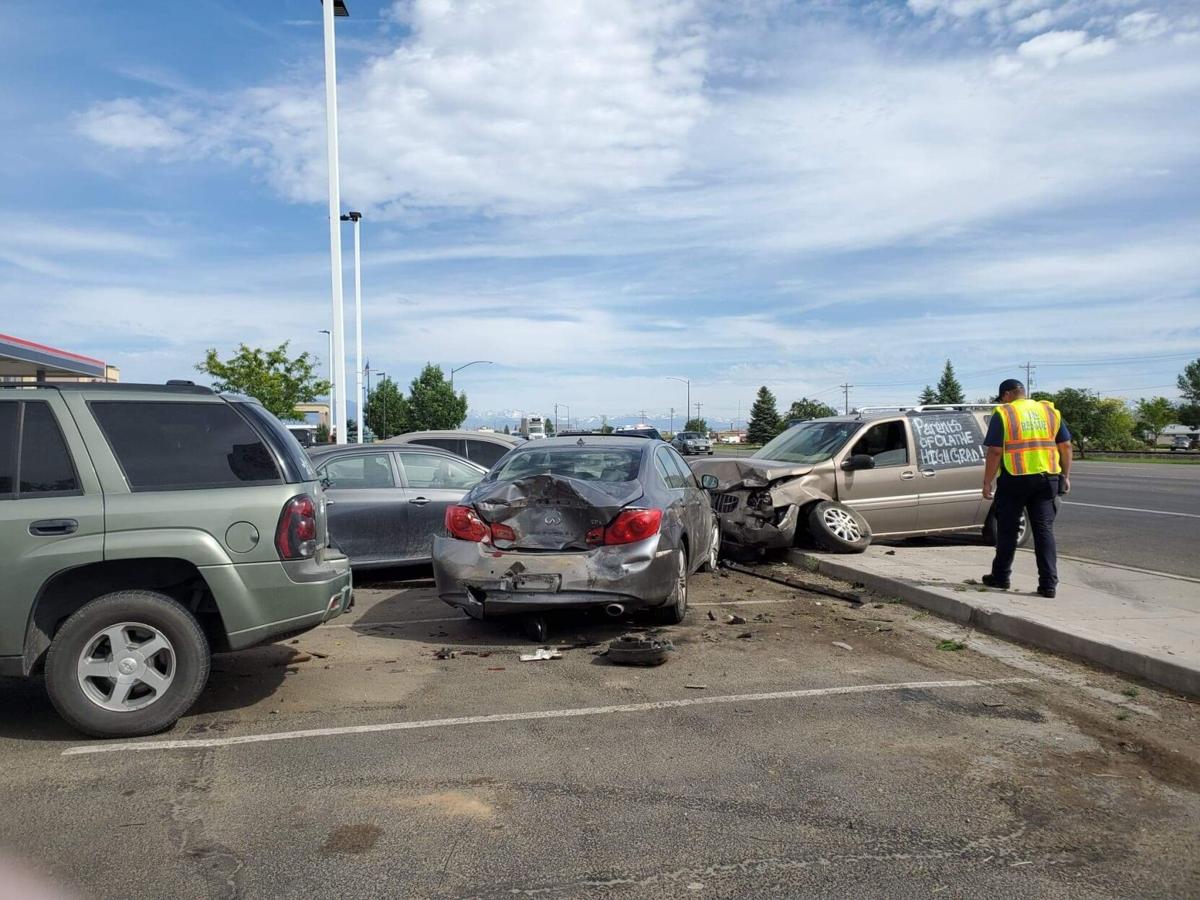 The aftermath of a wreck that occurred in the Humdingers parking lot on North Townsend Avenue Wednesday afternoon. 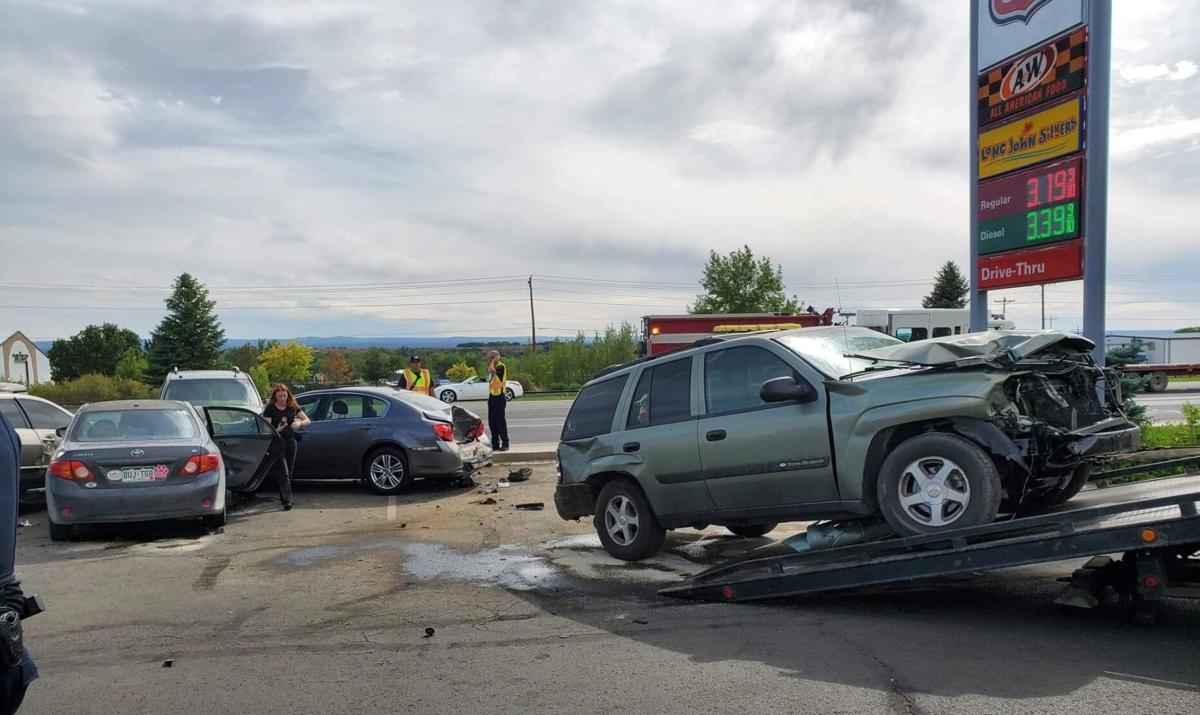 One of at least four cars involved in a crash at Humdingers is hauled onto a tow truck Wednesday afternoon.

The aftermath of a wreck that occurred in the Humdingers parking lot on North Townsend Avenue Wednesday afternoon.

One of at least four cars involved in a crash at Humdingers is hauled onto a tow truck Wednesday afternoon.

A speeding van crossed the center lane on Townsend Avenue and jumped the curb at the Humdinger’s travel plaza Wednesday afternoon, setting off a chain reaction that propelled a parked SUV into three other cars, according to witness reports.

None of the parked vehicles was occupied at the time of collision.

The van’s driver reportedly left the scene; it was not confirmed Wednesday whether the individual had been located, although some information at the scene indicated that was possible.

A police report was not immediately available.

A tan minivan, with “Parents of Olathe High Grad” written on the driver’s side passenger window, was slung across the sidewalk, front end mangled and wheel torn off from the collision. People at the scene said the van had nearly struck a white sports car on Townsend before crossing the turn lane between the northbound and southbound lanes and crashing into the vehicles parked at Humdinger’s.

The parked vehicles sustained heavy damage; they belonged to people who worked at the Humdinger’s travel plaza and/or A&W restaurant, who gathered in the lot amid the wreckage.

One of the vehicle owners said the van was easily recognizable to employees as one usually driven by a regular customer.

Telicia Ramon’s daughter was working at the restaurant when someone came in and informed employees that their vehicles had been hit. She had only just acquired the vehicle, Ramon said.

Ramon said when the van struck her daughter’s SUV, it knocked it three spaces over, into the other vehicles. Others on scene told of a similar chain reaction.

“What if this person didn’t have insurance? We’re all out vehicles. … It’s not cool for minimum wage jobs to get your cars all totaled out. It’s not like they’re going to be able to afford much,” Ramon said, as tow trucks began hauling away the crushed vehicles.

“I hope they find whoever did it.”

Others on scene said they were thankful no one was inside the parked vehicles when the van plowed into them.