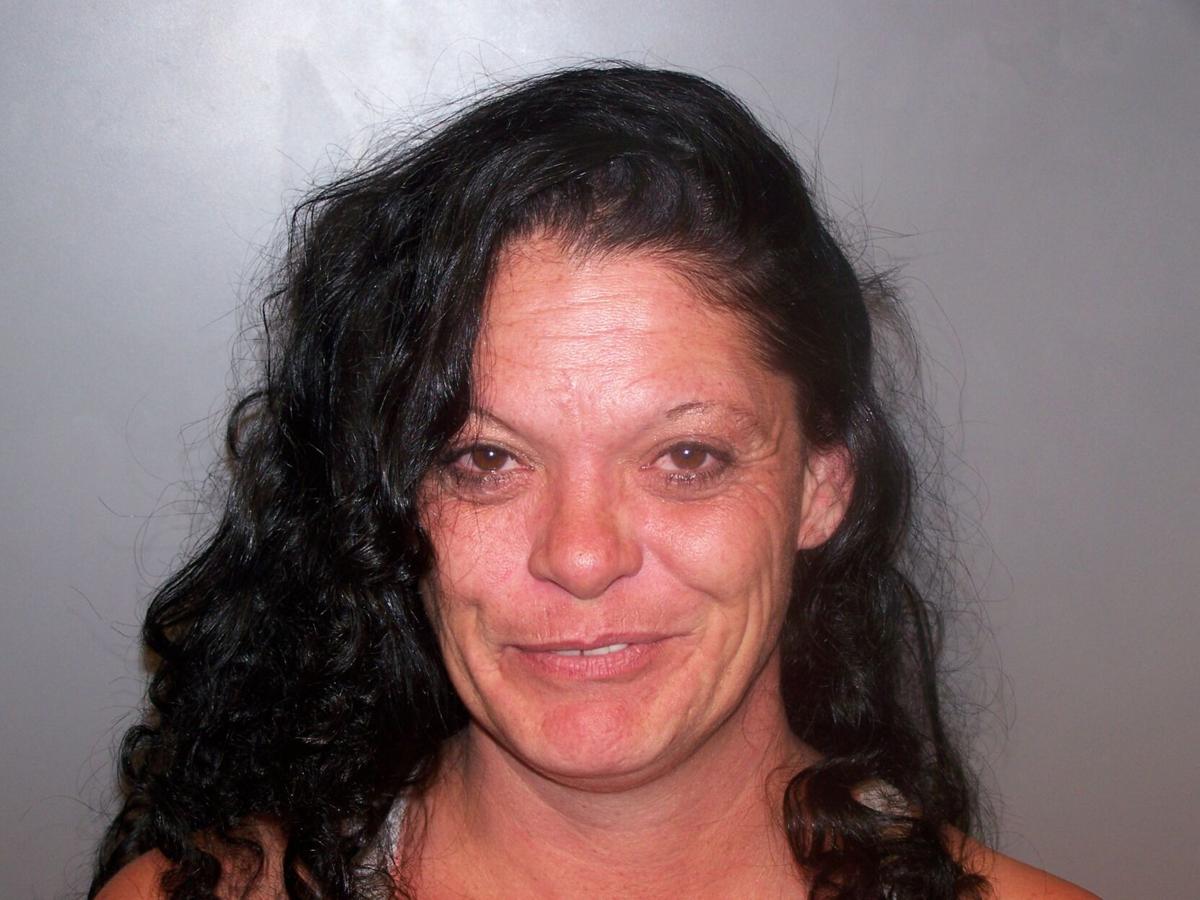 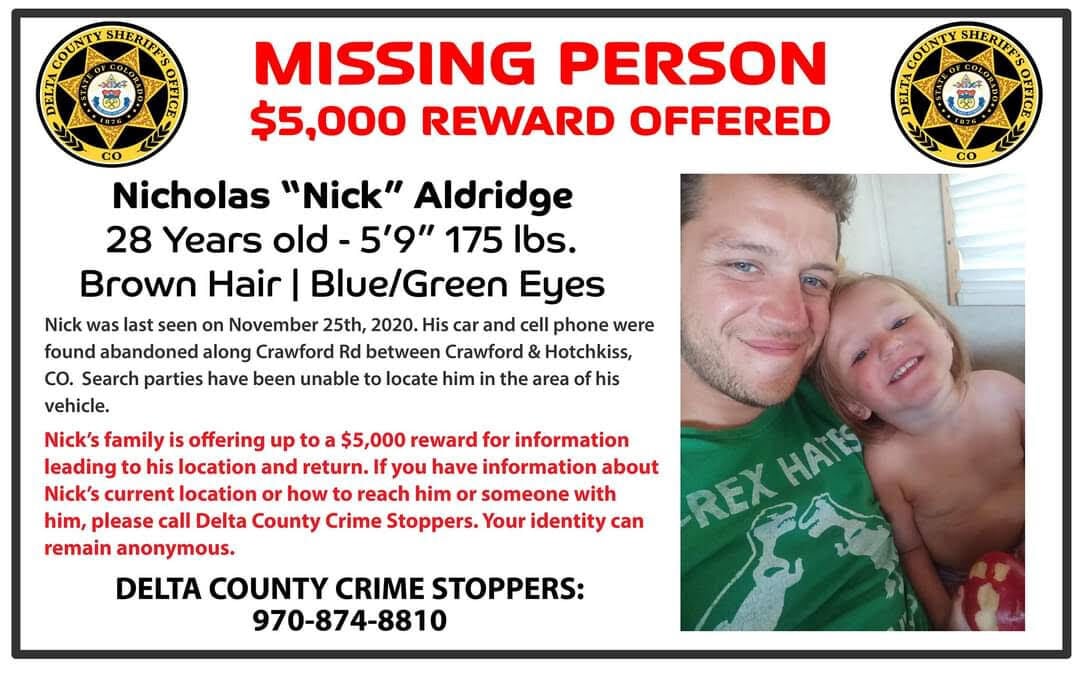 Concerns are growing for two people, missing in separate cases from Delta County.

Delta County Sheriff Mark Taylor said the vehicles associated with Aldridge and Cone were found — Aldridge’s was apparently abandoned, while Cone’s had wrecked on Colorado 92 as she apparently traveled from her home in Gunnison to visit a daughter in Delta.

Aldridge’s ex-wife contacted the Delta County Sheriff’s Office Nov. 27, after locating his yellow SUV at Crawford and Cotton Creek roads near Crawford. Aldridge’s phone and hat were inside the SUV, as were its keys, but he was nowhere to be found.

Taylor said that although Aldridge was reported as having a history of drug use and possible mental health issues, there had been nothing to indicate he intended to harm himself. Nothing at the scene of his vehicle suggested a struggle.

On Nov. 28, Delta County deputies received a call from a motorist driving in the area who reported possibly seeing a body. Deputies immediately searched, but discovered only the remains of a cow, Taylor said.

Since Aldridge was reported missing, deputies, drones, dogs, planes and search and rescue teams have been used to scour the area.

Meanwhile, his family has plastered the area with fliers and is offering a reward of up to $5,000 for information leading to his location and return.

“We have not come up with any further leads at this point,” Taylor said.

“It’s almost like he parked his vehicle and took off. We just don’t know at this point. We’ve had a lot of personnel and resources searching the general area and other leads we’re trying to follow. … The family’s done a good job of getting the word out.”

• Cone was en route to visit her daughter in the Delta area on Nov. 29. But she never arrived.

Instead, Cone’s daughter was informed her mother had been in a crash on Colorado 92 goving over the Black Canyon area. The vehicle was heavily damaged.

Taylor said although the Colorado State Patrol investigated the crash and searched after determining Cone wasn’t there, troopers could not locate her.

Cone’s daughter made several calls trying to reach or locate her mother, but could not. Since she was reported missing Dec. 1, Delta and Gunnison County sheriffs’ deputies have been searching the area for any sign of Cone.

“We’re working closely with the Gunnison County Sheriff’s Office, trying to locate and track down any leads we have on where Terra may be,” Taylor said.

Investigators have received tips that Cone may have been seen in Crawford, Delta, or Lazear, possibly in the company of a man, but have not confirmed those reports, Taylor said.

“We’re concerned and doing everything we can to locate her, working with the family and Gunnison County, trying to get her located,” said Taylor.