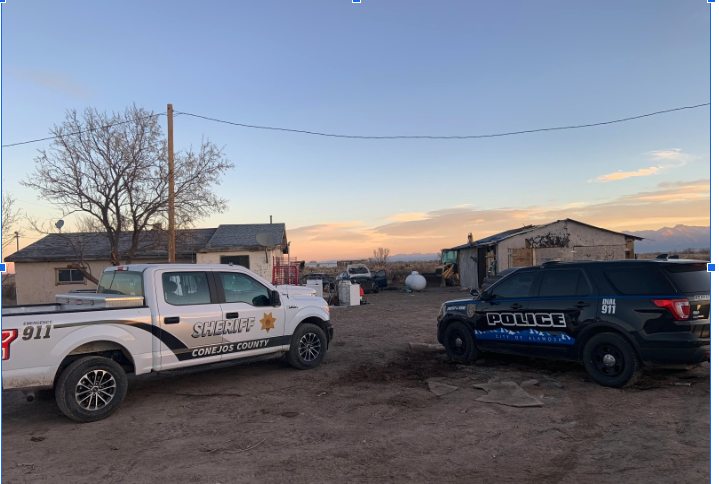 Southern Colorado law enforcement agencies are sending out a statewide plea for information about a man sought for questioning in the deaths of three people.

Decomposed remains were found on two separate properties in Conejos County earlier in the month.

Adre Jordan “Psycho” Baroz, 26, is the subject of a homicide warrant connected to the case, although officials said he is presumed innocent. Baroz is considered a danger to the public, law enforcement officials from the Colorado Bureau of Investigation and multiple involved investigatory agencies said during a press conference Wednesday morning.

“He is still on the run,” Alamosa Police Chief Kenneth Anderson said. “He should be considered, at this time, armed and dangerous. We are encouraging people to contact 911.”

Anyone with information as to his whereabouts, or information about the case itself, can call a hotline at 719-270-0210.

Officials would not say Wednesday what they think links Baroz to the case.

Subsequent investigation led to a second property, where more remains were found; that site and surrounding area are still being actively searched, and evidence collected has been turned over to the CBI for processing.

A forensic anthropologist determined the remains were human and belonged to three individuals. “We don’t know whether they’re male or female, their age, or any of that. We simply do not know who the remains are,” Monte Vista Police Chief George Dingfelder said.

Alamosa and neighboring agencies have been investigating missing persons reports over the past several months, but stressed the individuals whose remains were found have not been identified and that such identification will take a significant amount of time. The remains may not be connected to any known missing person case, they said.

The CBI said at this time, nothing found appears to be linked to Suzanne Morphew, who was last seen in Salida on May 10 after heading out for a bike ride. (The tip line for the Morphew case is 719-312-7530.)

“We have absolutely no indication whatsoever that these cases are connected. Sadly, Ms. Morphew is not the only missing person in southern Colorado,” CBI Deputy Director Chris Schaefer said.

“Our priority is to get Mr. Baroz into custody,” he added.

“When I say he is a danger to the community, I mean that,” Anderson said.