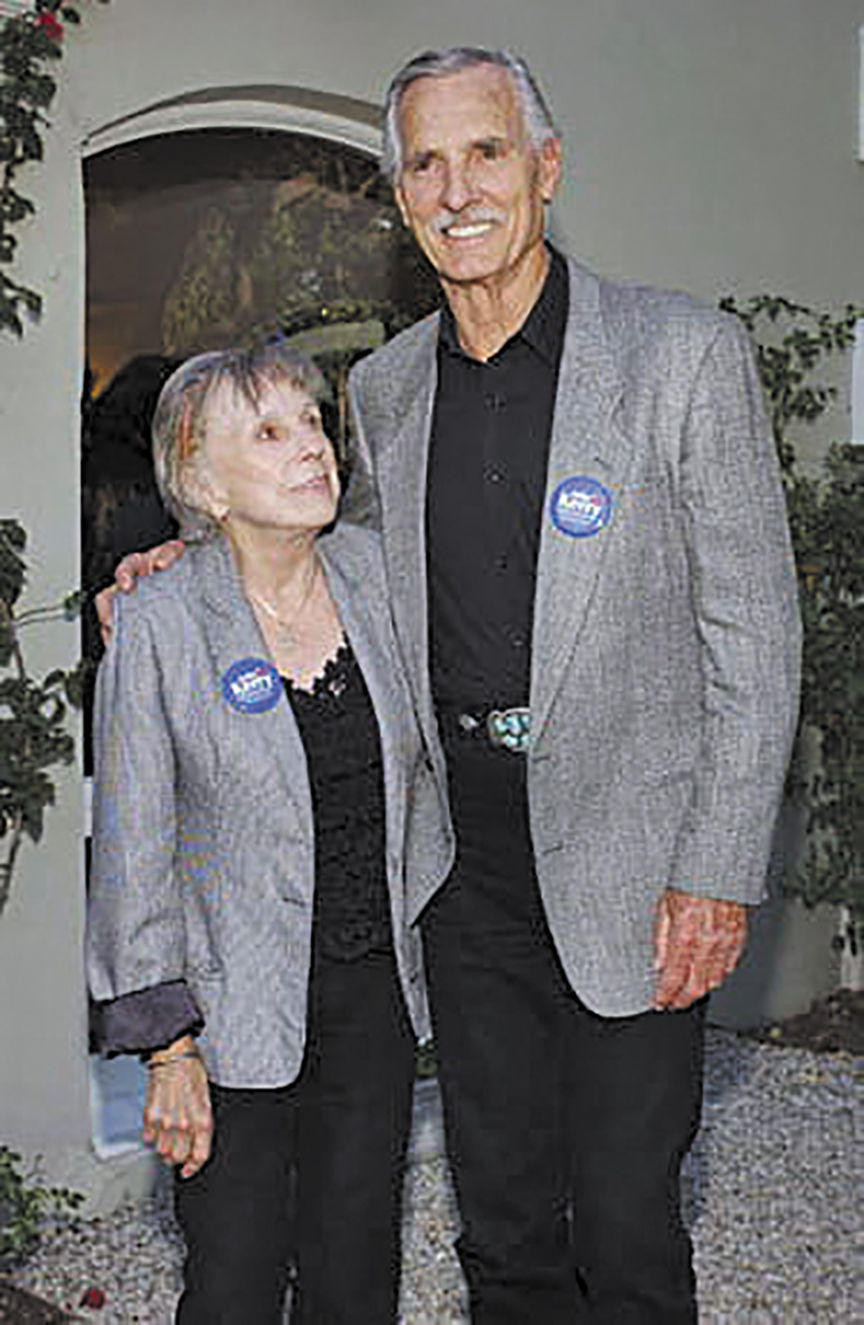 T.V. star Denis Weaver and the love of his life, Gerry. 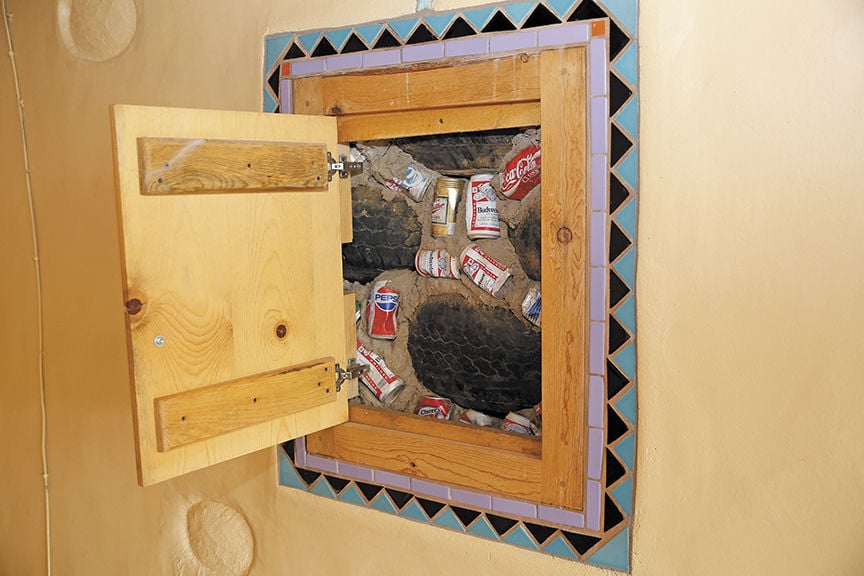 “The door of truth” gives visitors a window into the building of Weavers’ Earthship.

T.V. star Denis Weaver and the love of his life, Gerry.

“The door of truth” gives visitors a window into the building of Weavers’ Earthship.

“All The World’s a Stage” (2001, Hampton Press) was penned by Dennis Weaver as his autobiography. It is from this book this information is drawn, with the permission of the Weaver family.

How Dennis and Gerry Met:

In his book, Dennis says he met Gerry at a Joplin Junior College sock-hop in 1942. A figure roller skater, she was wearing one of her skating outfits at the dance.

“When she was right smack dab in front of me, Bobby gave Gerry a powerful whirl and her skirt twirled up, exposing the neatest pair of legs I’d ever seen. I got a glimpse of those red tights, and it was all over! ... She was the only one I danced with the rest of the night. That was the beginning of a grand partnership that has lasted more than fifty years. She has truly blessed and enriched my life.”

The same night as the proposal, Oct. 20, 1945, they drove to Columbus, Kan., and were married by a justice of peace. Their friends Morris and Louise Cole were their witnesses. Having no rings, they used his navy ring. The next day Gerry paid for real wedding rings.

Dennis and Gerry had three sons and three grandchildren.

Rick Weaver was born in 1948. He is an actor, a producer and a director. He married Judy and they have two sons, Jess and Travis.

Rob Weaver was born in 1953. He is an actor who has a daughter, Jennifer.

Rusty Weaver was born in 1959. He is an actor, a songwriter, and a musician.

Dennis Weaver served in the US Navy, then, as a beginning actor, he delivered flowers, sold tricycles, women’s hosiery, and vacuum cleaners, and worked in a toy shop. Dennis was an actor, producer, songwriter, director, on-air host of the Encore Westerns Channel.

The Marriage of Dennis Weaver and Gerry Stowell:

In their junior college yearbook:

“Below a picture of Gerry and me dancing, they (staff) wrote, ‘The couple that always Weaved across the floor and Stowell the show’.”

Dennis, about eloping: “...I wouldn’t recommend it for everybody. But it’s been over a half century and we’re still hanging out together, and over the years, our love, like fine wine, has grown sweeter with time. These are really the most love-filled days of our lives, and we are truly blessed, for that love continues to deepen.”

In the forward to this book, Dennis Weaver writes:

“There’s a line in a song I wrote for you once that I’d like to remind you of, for it’s just as true today, if not more so, then when it originally sprang from my heart:

Dennis Weaver talks about the “secrets” to longevity in marriage:

“Well, there isn’t just one secret - there are many. First of all, it’s not a contest of longevity. The length of a marriage has little to do with the success of a marriage. But we normally shower a couple with applause and congratulations if they make it to their fiftieth wedding anniversary — although the love in the relationship may have expired years earlier.

“By the nature of marriage, because the husband wife live in such proximity, it is by far life’s most critical relationship, and the one that allows us the grandest opportunity to express the purpose of life, which is to love and to be loved.

“Any marriage that does not have mutual usefulness as its foundation will be difficult. The word ‘allow’ is very significant in any successful relationship, whether it be between family members, friends, husbands and wives. When we truly love someone, we allow them their own thoughts, interests, and space. We give each other room to breathe.

“No one person can satisfy all the needs of another - that only happens in overly romantic love novels. So don’t expect that kind of perfection, or disappointment will surely follow.

“Gerry and I developed an understanding of each other, a feeling of compassion and patience that has run quiet and deep. We each enjoy our own sense of freedom…if the feeling of ownership creeps into a marriage, it will blow out the strongest flame of love.

“Be happy with yourself. Be content with who you are.... express your love in thought, word, and action. Let your partner and the world know that you are the lover of all lovers.”

Since Dennis’ death, it was up to Gerry to carry on his legacy and his dreams for Sunridge. She was the steward who has screened the potential buyers of their dream home and property.  She made it clear, realtor Todd Schroedel states, that the land and home are to remain a legacy to her husband and his dreams of sustainability for the earth.

Her life, too, was remarkable and she had her own accomplishments.  One of the greatest is that she was the lifelong love of a remarkable man and they built such a life together for more than 60 years.