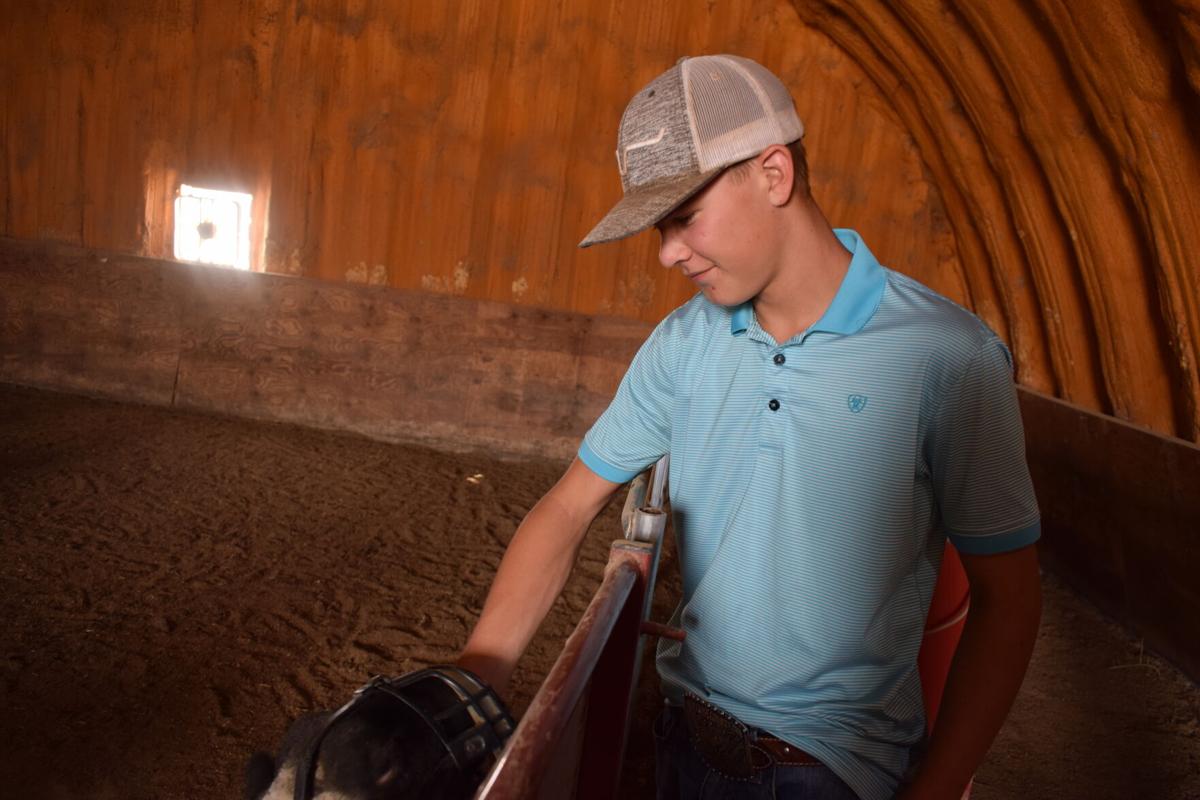 Garret Millsat greets one of his sheep in a barn at his family's property outside of Montrose on July 8, 2021. 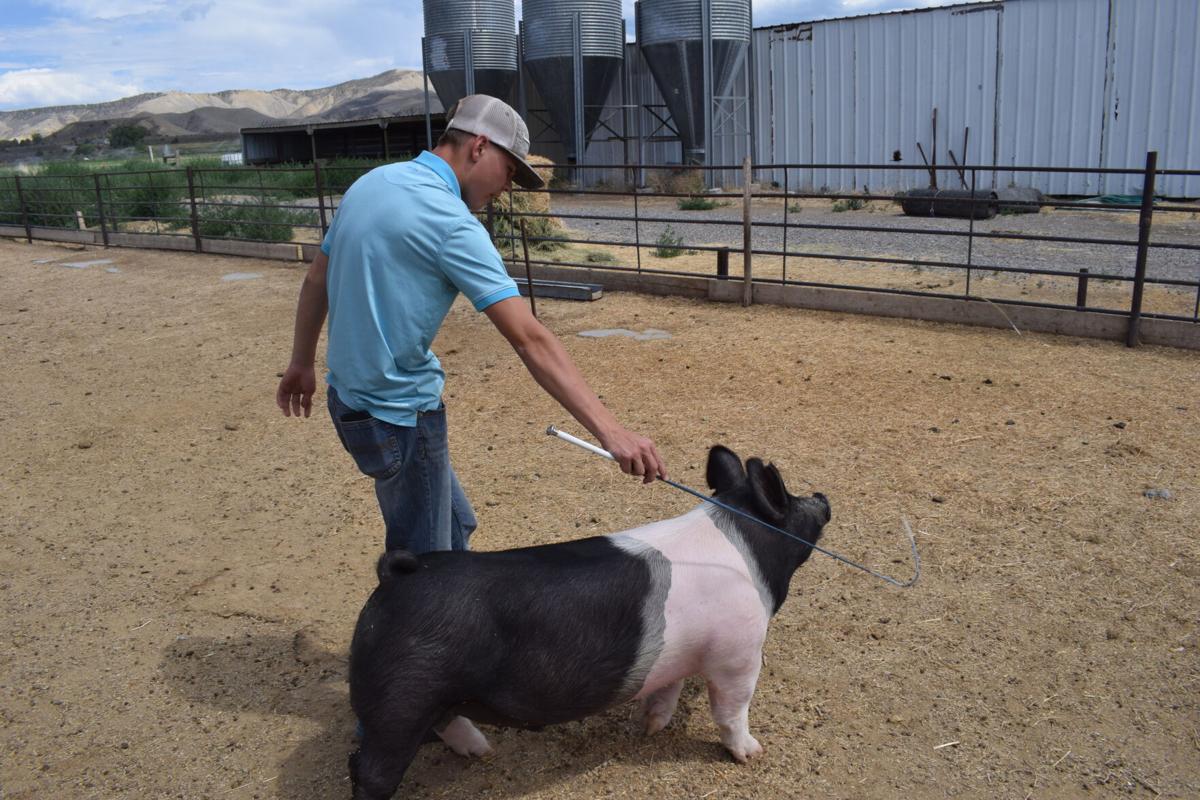 Garret leads Hercules, his favorite show pig, on a walk outside of the pig's barn. 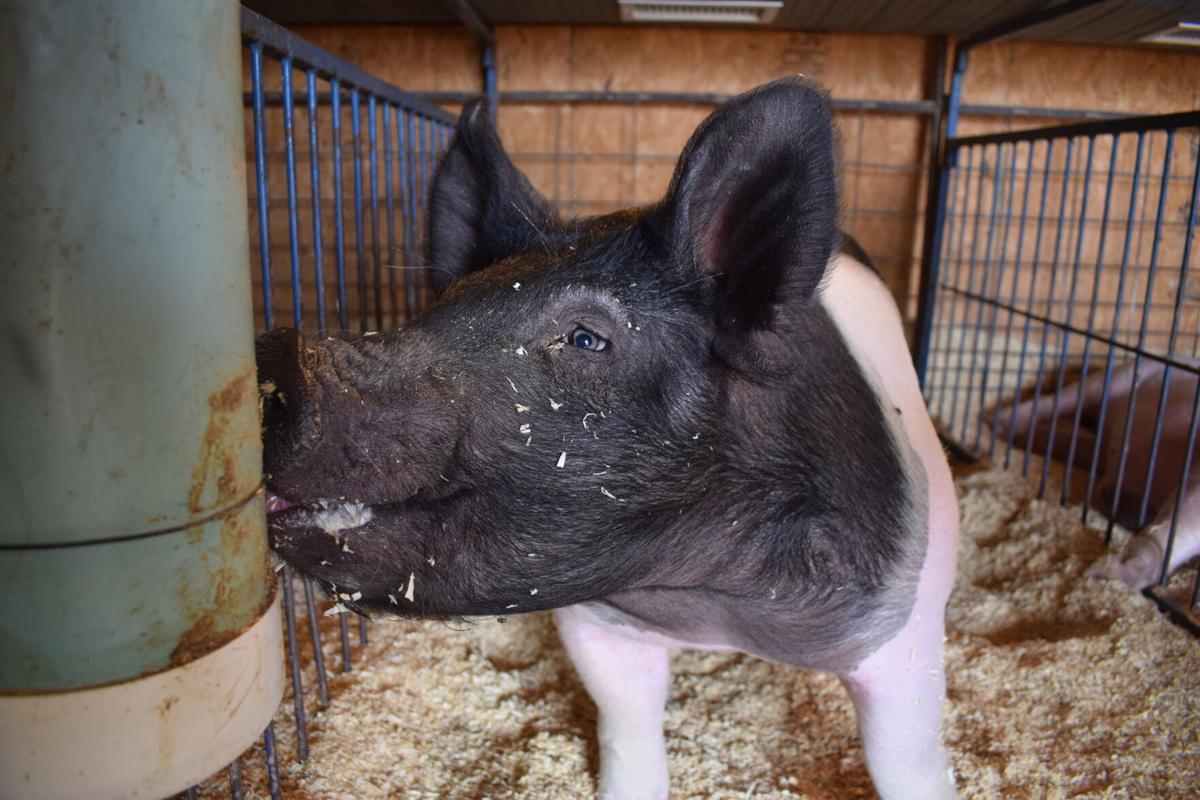 Hercules, one of the two pigs that Garret will show at the county fair, enjoying a glug of water. 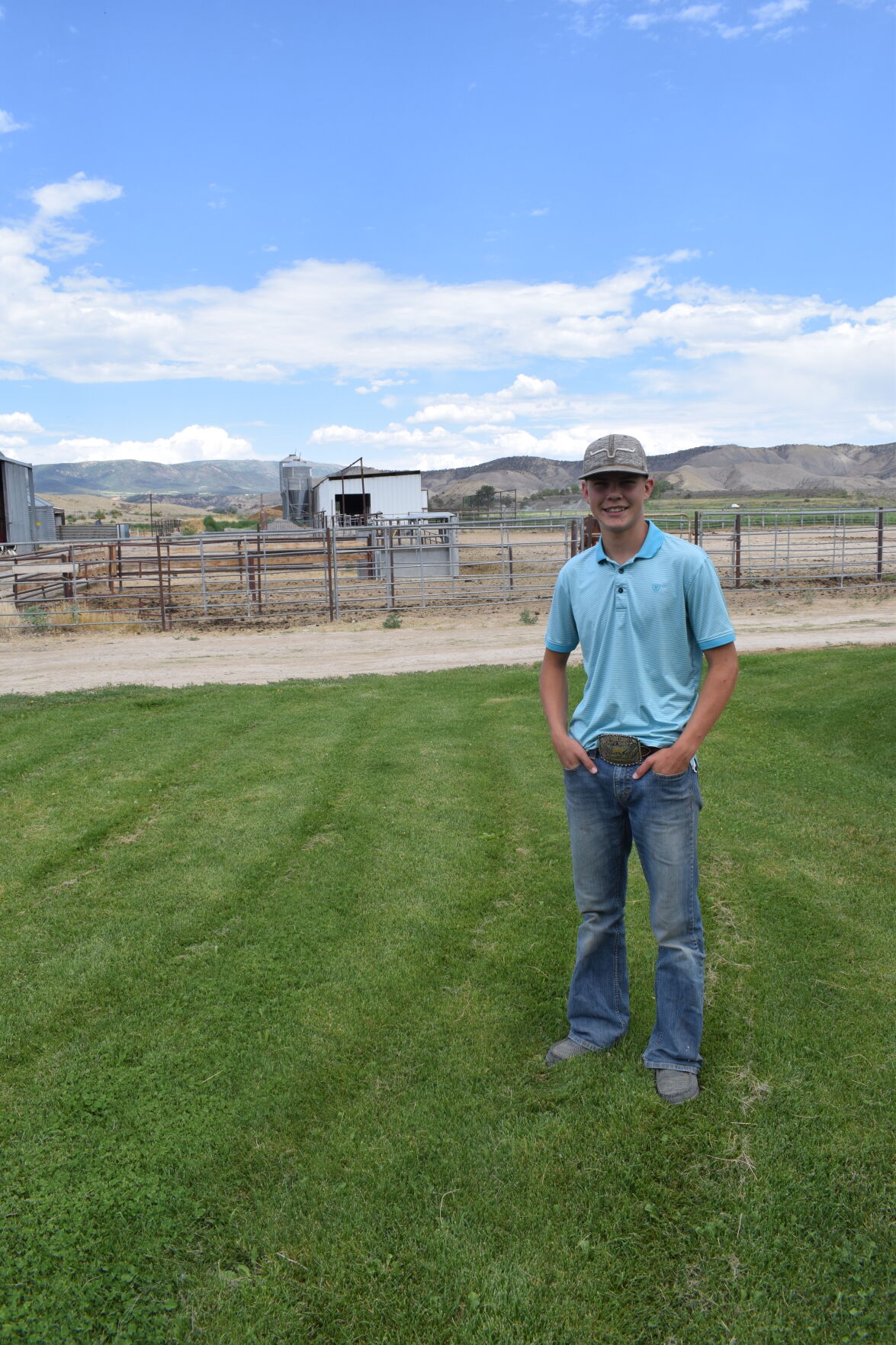 Garret Millsat stands outside on his family's 30-acre property outside of Montrose on July 8, 2021. 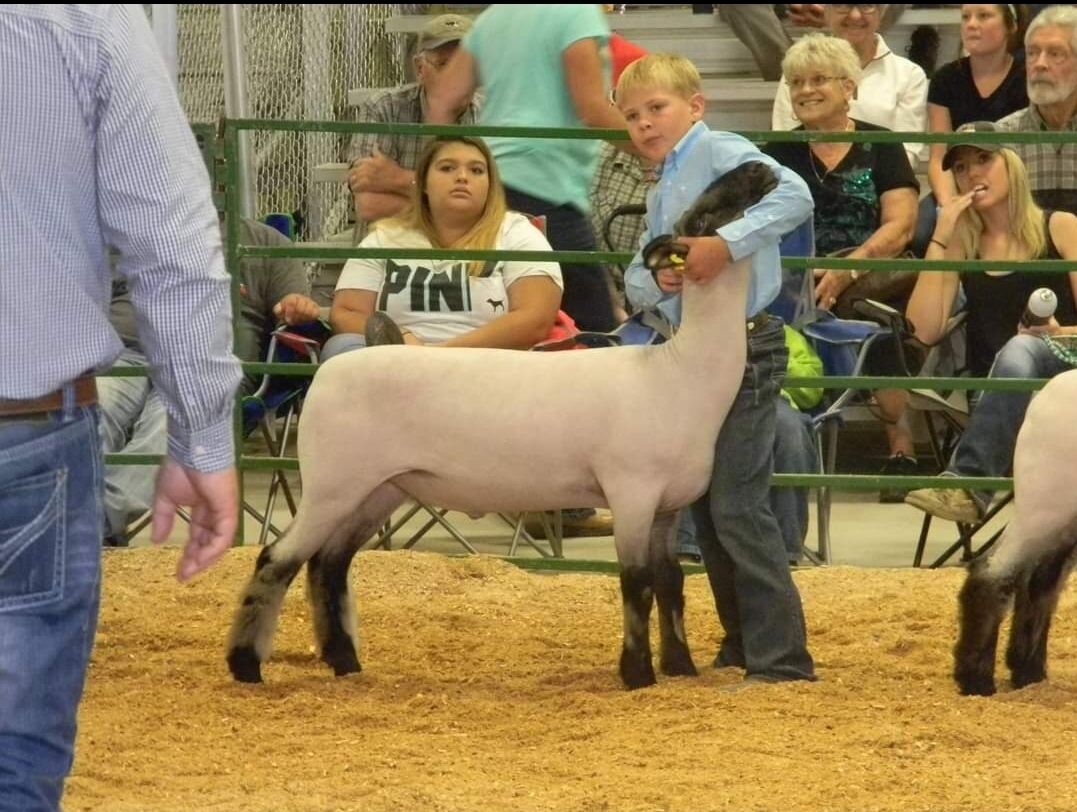 Garret was eight years old when he first showed a sheep at the Montrose County Fair.

Garret Millsat greets one of his sheep in a barn at his family's property outside of Montrose on July 8, 2021.

Garret leads Hercules, his favorite show pig, on a walk outside of the pig's barn.

Hercules, one of the two pigs that Garret will show at the county fair, enjoying a glug of water.

Garret Millsat stands outside on his family's 30-acre property outside of Montrose on July 8, 2021.

Garret was eight years old when he first showed a sheep at the Montrose County Fair.

Garret Millsat has been raising animals to show at the county fair since he was five years old, but he helped farrow pigs for the first time this year.

“It’s a lot of waiting,” Garret recalled. “Patience is key: you don't want to rush them.”

Garret, who is 14 years old, has been waking up at 6 a.m. every day to feed the pigs and sheep that he will be showing at the county fair at the end of the month.

The two pigs he will be showing are named McQueen and Hercules. A blaze on McQueen’s forehead and the main character in Disney’s “Cars” franchise sparked his name, and Garret gave Hercules his name “because he’s just kind of a big boy.”

The sheep receive a mixture of different grains. The pigs, which gain a couple of pounds per day, each eat 42 pounds of feed per week.

Garret makes sure that their pen, equipped with a swamp cooler, stays clean and cool. Ample bedding line their pens, which Garret replaces multiple times per week.

In preparation for the county fair, Garret needs to make sure that McQueen and Hercules' skin and hair stays healthy and shiny. He uses products such as cocoa butter and coconut oil to make sure their skin is healthy.

He also makes sure his animals stay fit. The sheep get a daily workout on an agricultural treadmill. Garret also takes each of the pigs on walks around the barn.

After last year’s limited county fair, Garret is looking forward to hanging out at the fairgrounds.

“It's fun having your animals and being able to show them, but I think a lot of it is getting a week away from everything,” Garret said. “You just get to go hang out — there's lots of events to do. And you just get out of the house: it's like a vacation for me.”

Unless they are picked as grand or reserve champions, participants are only allowed to sell one of their animals. Garret plans to use the proceeds on his animal for raising other future animals.

Over the years of raising livestock, Garret has learned life lessons about taking care of animals — and money.

“I think it's a lot to put on young adults, all the responsibilities of taking care of an animal. But I think it's really beneficial because I've learned a lot about saving money, how to distribute it and how to take care of animals.”

Garret has thoroughly enjoyed bonding with the animals and watching them grow up. One of his favorite experiences was training the pigs when they were younger.

“The pigs are kind of funny when you're first breaking them in. They're always neat to watch because they don't really know anything yet, so they like to run and just mess around,” Garret said.

While he might feel sad when he sells Hercules, his favorite this year, he has learned to savor the experience while it lasts.

“I just enjoyed the experience,” Garret reflected. “You get to raise an animal and be with it while it's young, but I think it teaches you a life skill: you can have something super nice and good, but you can't always hold on to it.”