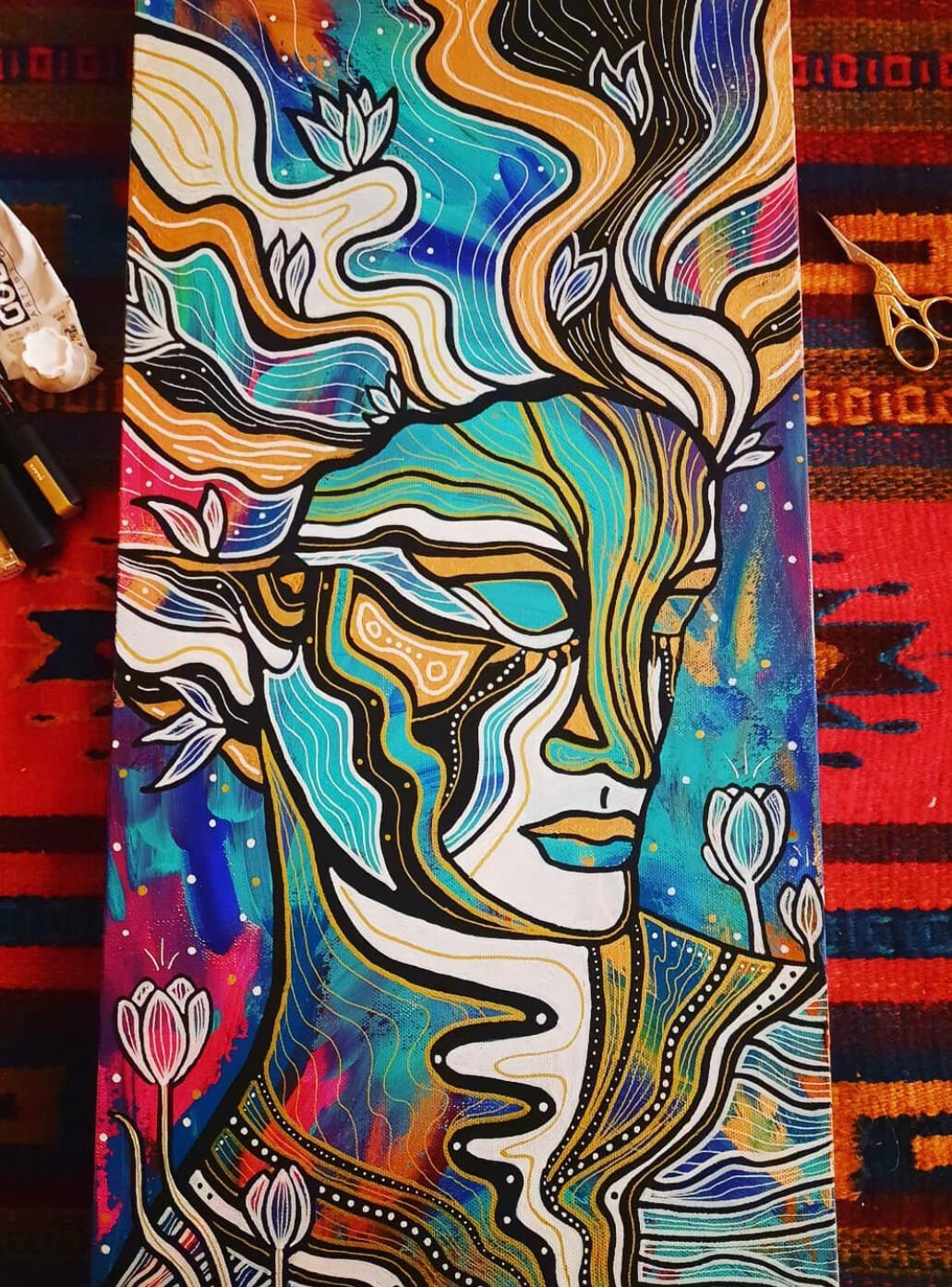 Painting of the Greek goddess "Demeter." (Photo by Francesca Hovagimian) 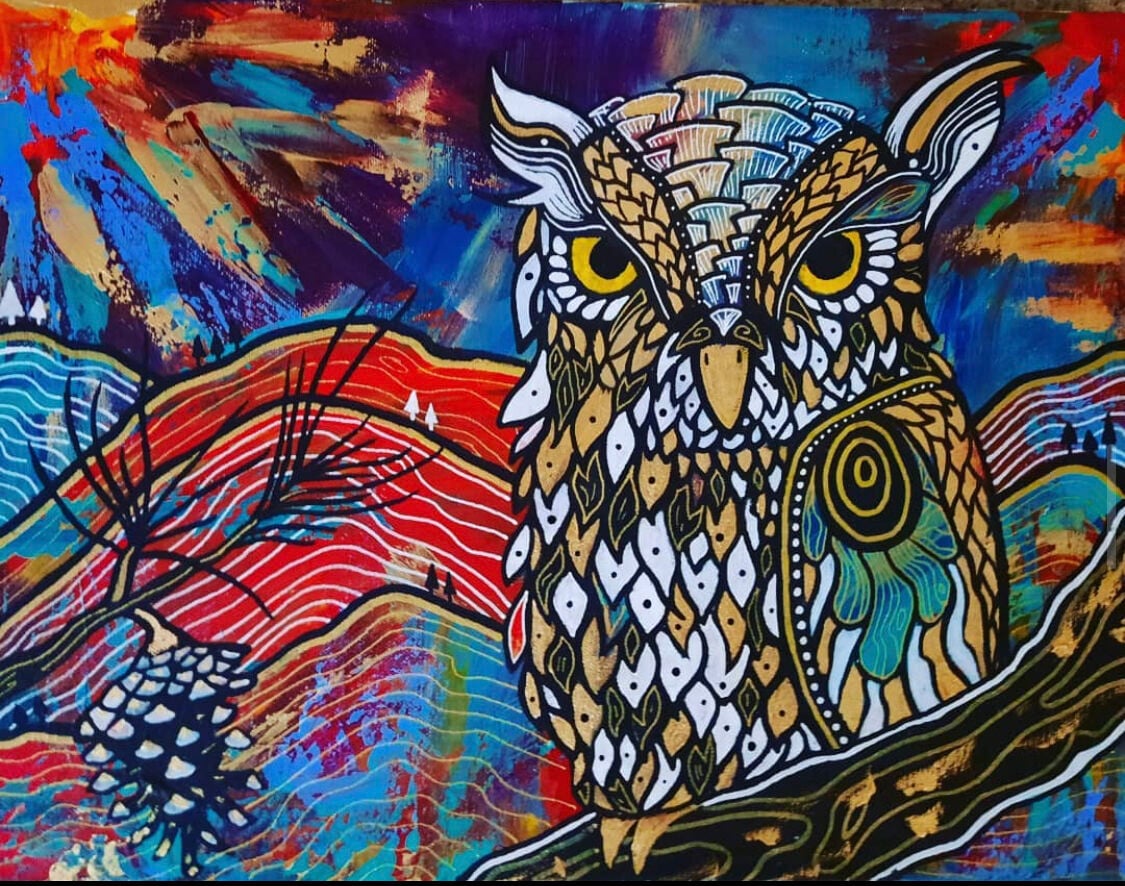 Painting of an Owl for the 2020 "Owlidays." (Photo by Francesca Hovagimian) 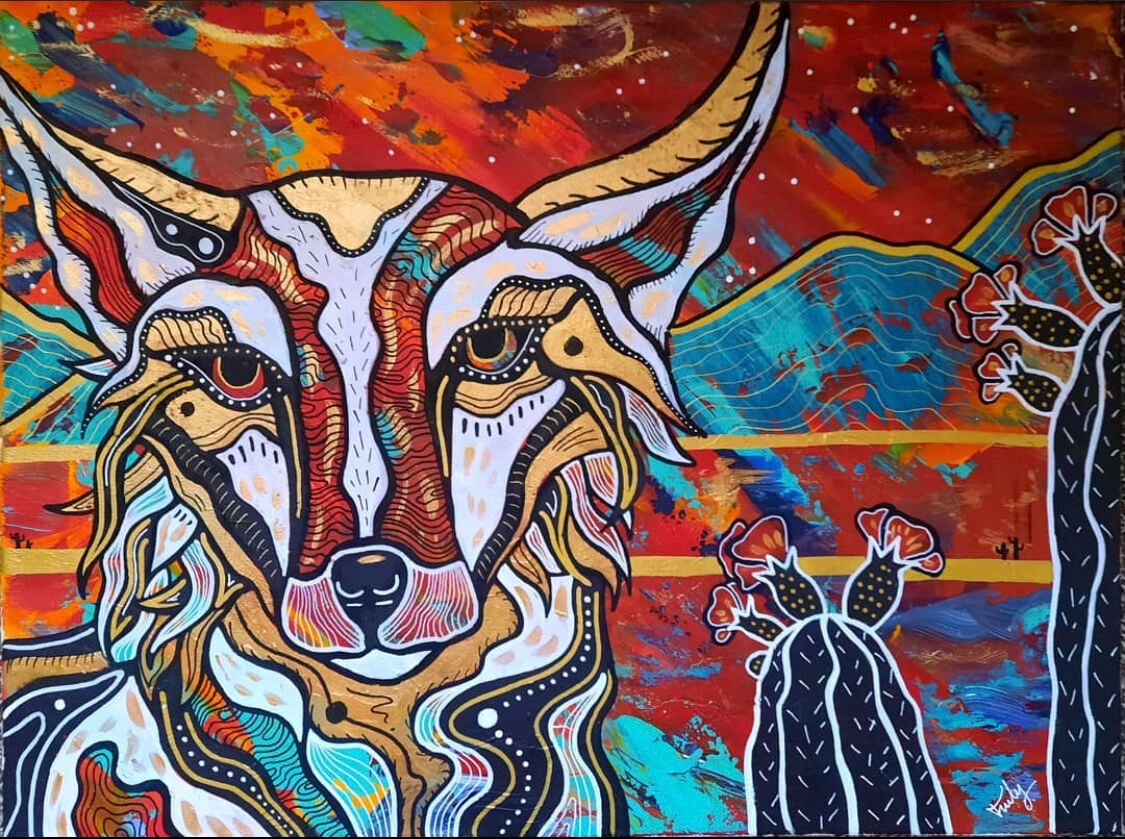 Painting of a sunset, desert coyote in front of mountains. (Photo by Francesca Hovagimian)

Painting of the Greek goddess "Demeter." (Photo by Francesca Hovagimian)

Painting of an Owl for the 2020 "Owlidays." (Photo by Francesca Hovagimian)

Painting of a sunset, desert coyote in front of mountains. (Photo by Francesca Hovagimian)

Francesca Hovagimian began painting when she was 12.

Her family encouraged art from a young age. With her mother an art history teacher and her grandmother an artist, art as self-expression has remained prevalent throughout her life.

Hovagimian, also known as Banjo Fran on Instagram, moved to Montrose in 2019 for an internship with the public defender’s office. Her law school had placed her in Montrose randomly, but she ended up falling in love with the town and her office co-workers.

After returning to finish her degree, Hovagimian decided to take the Colorado bar, and returned to Montrose in December.

Public defender by day and an artist in her free time, Hovagimian began pursuing art more intensely while waiting for her bar exam results. Now, she uses the hobby as an emotional outlet.

“My work is emotionally taxing, so having an outlet has been helpful,” said Hovagimian.

“It’s so entirely different from criminal law. It’s good to have something else to think about.”

Hovagimian paints in acrylics, and prefers to create natural subjects and desert scenes in bright colors.

The artist starts her process by choosing colors that reflect her current emotions and lets the piece grow from there.

Subjects usually include things that remind Hovagimian of Colorado, the mountains, nature, and the wildlife around Montrose.

“It’s about self-expression,” said Hovagimian. “It’s something that I can put some of my stress, frustration or even happiness into.”

While she would like for people to enjoy her art, Hovagimian said that her work is more for her own self-expression practice.

“I never got much into meditation, but this is the place art holds in my life.” Hovagimian said. “So I focus on one thing that is different from my job.”

Typically, Hovagimian paints until she feels her piece is done, but she will often set the work aside for a while to look for any changes she can make.

“I’ll pass it while drinking coffee and look at it to see if there’s anything else I can do or change,” said Hovagimian.

Oftentimes the artist will end up tweaking things weeks later, even after a piece has been hanging on her wall.

After moving back to Montrose, Hovagimian was working up the courage to reach out to Montrose Mosaic to see about becoming artist of the month when the gallery asked her to be its April featured artist.

“I was intimidated,” the artist said. “But they actually ended up reaching out to me. It was so lovely and I’m so flattered.”

Hovagimian described Mosaic as a “cool space” with great people, and is excited to be joining the Mosaic community.

Hovagimian’s work consists of vibrant colors, featuring different subjects such as owls, giraffes and wolves, to plant life and mythological figures like Demeter and Medusa.

Mosaic will be hosting a First Friday opening show to introduce Hovagimian as the April Artist of the month and to display her work on Friday April 2 from 5-7 p.m. Mosaic is located at 21 N. Cascade Ave.