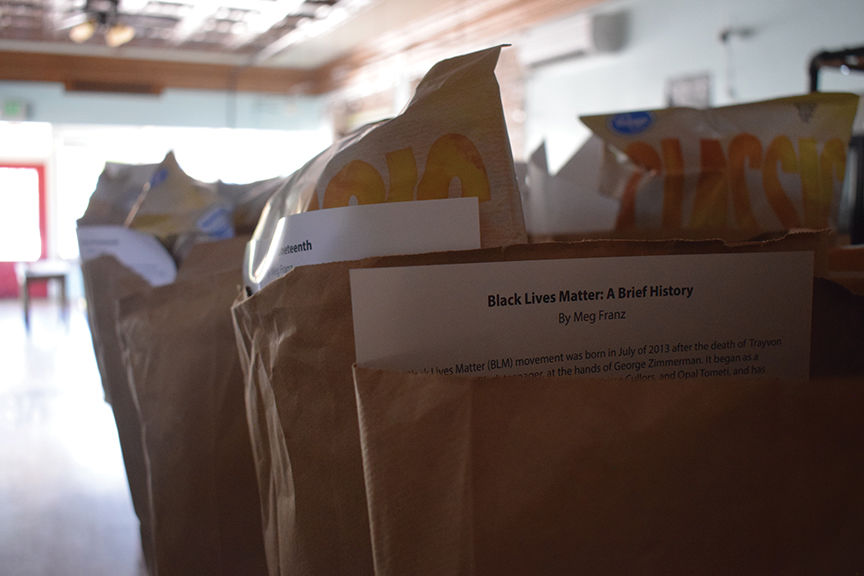 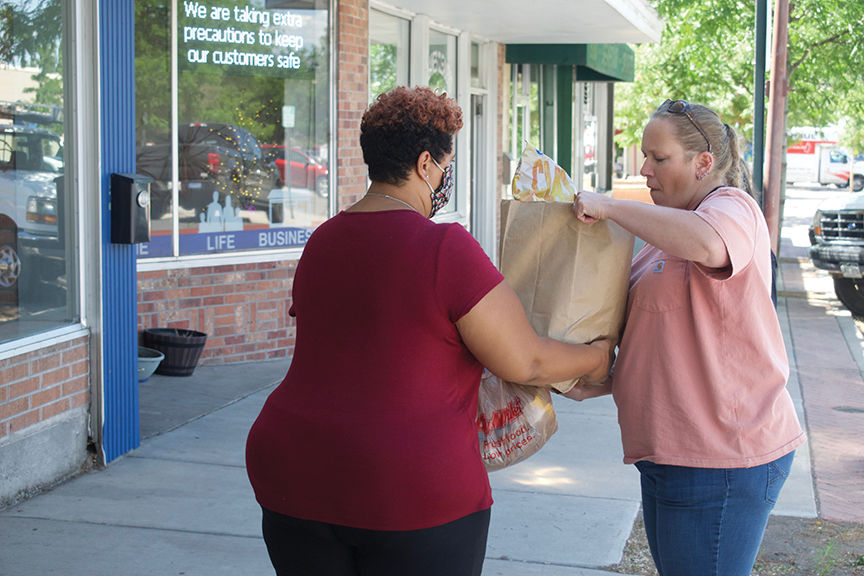 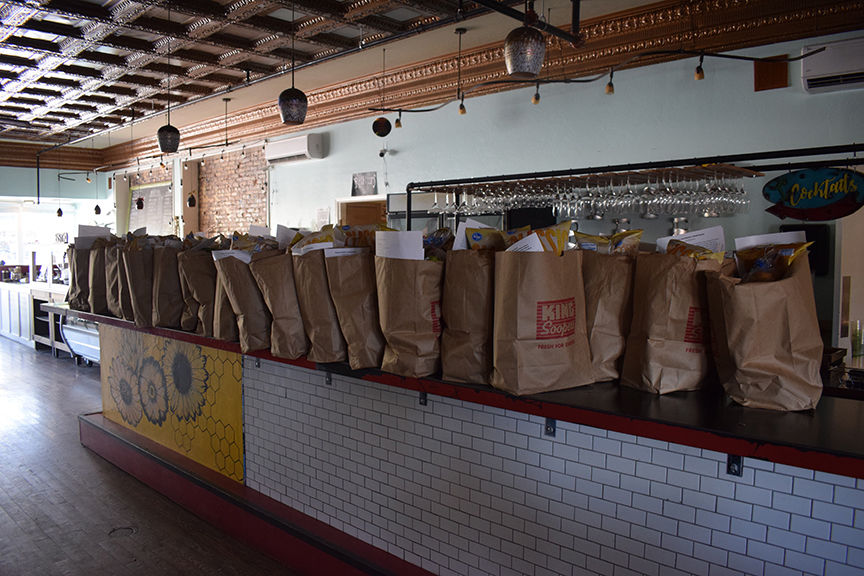 Black Lives Matter Montrose offered some help to the community on Friday afternoon, handing out food bags near the Vine Market and Bistro for families and community residents in need.

BLM Montrose, led by founder Tanasha Marie and co-leader Kyrra Cannon, were present at the giveaway and were celebrating Juneteeth.

“Juneteenth was the freedom of my ancestors, and the start of us getting into America, counting as people,” said Marie.

“What we wanted to do was pass out bags to needy families here in the community, to celebrate Juneteenth,” Cannon said. “The food is celebratory to traditional foods that we would make at home.”

The food bags were provided by Colorado Trust who, through a grant, paid for the food so BLM Montrose could help the community.

Inside the bag was enough food for the weekend for a family of four — fresh vegetables, hot dogs, chicken, potato chips, corn, hamburger buns, and spices and condiments. In addition, Marie and Cannon shared some of their favorite recipes with ingredients and directions.

The food bag also featured a flyer that shared the importance of Juneteenth, and spoke about the Black Lives Matter movement, both written by Meg Franz, one of BLM Montrose’s committee members.

A portion of the flyer read:

“The Civil Rights movement in the mid-20th century led to a resurgence of cultural celebration, and in 1980, Juneteenth was officially declared a state holiday thanks to the black Legislator Al Edwards. More recently, Juneteenth has been an important way that generations of African Americans celebrate their history and achievements together, all while pushing for true quality of all cultures.”

On the bottom of the flyer read the mission statement for BLM Montrose:

“At Black Lives Matter Montrose, it is our mission to create healthy, positive change within our community by working with local law enforcement, schools and businesses. We want all people of color to feel welcomed, respected and safe in our community.”

Ninety-nine food bags were provided for the event, Marie said. A handful of volunteers helped funnel the bags to residents who stopped by to pick up a full bag.

Lance Bonnell, a Montrose resident, was watching T.V. early in the morning on Friday. He watched the news talking about Juneteenth. Later, he saw the food bags, and offered to volunteer.

“I was just getting ready for the day, came down, and (volunteers) were getting things ready, and I said, ‘what’s all this?’. They told me, and I said I could help,” Bonnell said.

Bonnell mentioned he was moved to help after seeing the Juneteenth coverage and understanding its importance.

Cannon said the Juneteenth celebration would stretch into Saturday, where BLM Montrose would hold a livestream event on its Facebook page from noon to 6 p.m. The event will have cooking demonstrations from Cannon and Marie, and BLM Montrose allies will speak on why they started with Black Lives Matter and what it means to them to be a part of the movement.

Although the Facebook page for Black Lives Matter Montrose is private, Cannon mentioned the Hispanic Affairs Project, a local nonprofit in Montrose, will share the live event on their page, and a number of community members will share the stream to their personal page.

The page has around 600 members, and Cannon said the group wants to keep the page positive so the movement has strong momentum.

Marie said BLM Montrose plans to plan out more events that will help the community, and will plan accordingly to keep the community safe during the pandemic.

“I love helping my community,” Marie said. “I’ve lived here for five years. This is my town. I belong here. I love it here. I really appreciate the time to give back and give stuff out to people who need it.”

“We are definitely going to be in the community a lot,” Marie added.

BLM Montrose holds rallies every Tuesday at Demoret Park from 5 to 7 p.m.