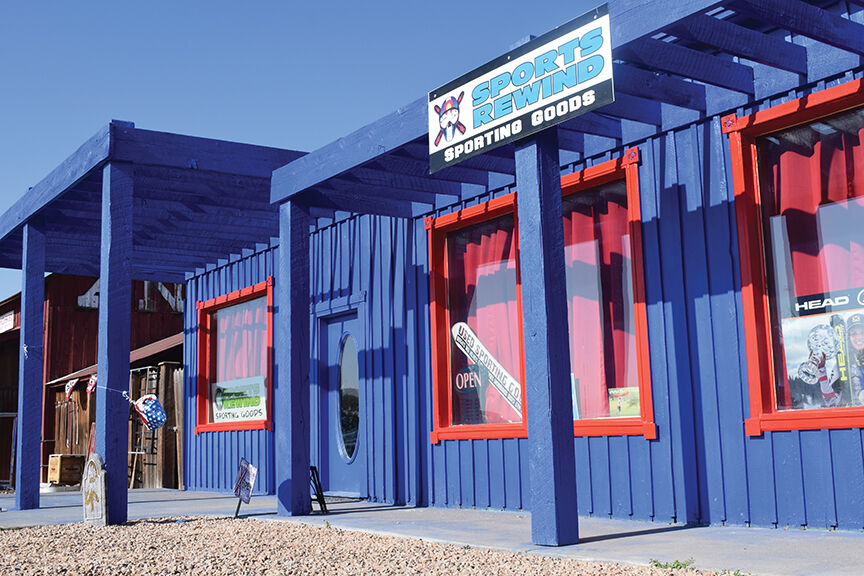 The exterior of 970 Sports Rewind, a sporting goods store in Montrose. The business, formerly on Main Street, is now located at 17656 Highway 550. 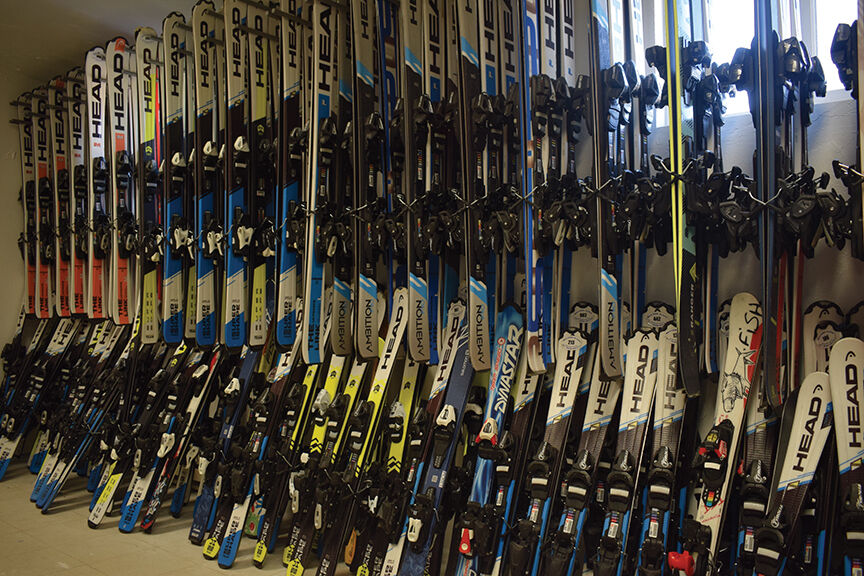 Snowboards for rent on display at 970 Sports Rewind in Montrose. 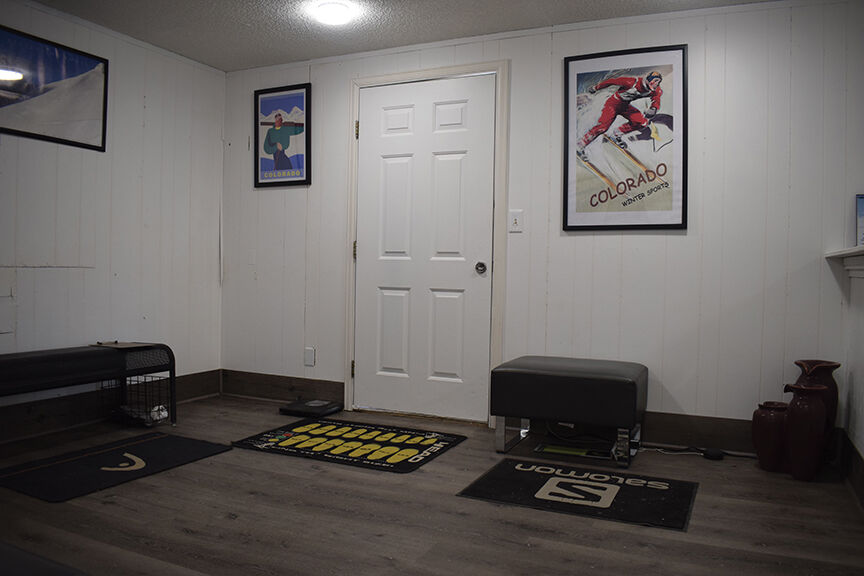 The “Rental Room” at 970 Sports Rewind in Montrose.

The exterior of 970 Sports Rewind, a sporting goods store in Montrose. The business, formerly on Main Street, is now located at 17656 Highway 550.

Snowboards for rent on display at 970 Sports Rewind in Montrose.

The “Rental Room” at 970 Sports Rewind in Montrose.

Clinging to life after weeks of financial hardship, the future of 970 Sports Rewind in Montrose looked bleak. After reopening in May, following three months of closure, the business was pulling in around $12 daily. Located at 614 E. Main St., foot traffic was all but nonexistent, something several downtown businesses experienced during the summer months.

The effects of the COVID-19 pandemic made life difficult for small businesses, and the sporting goods store was no different.

Struggling to pay rent for the building, Carter dipped into savings to keep the business afloat. Eventually, Carter and his wife, Kathi, barely managed to pay their monthly rent at home, as much of the funds were funneled into the business.

“We lost all of our savings because we tried to survive,” Carter said.

Closures during the pandemic drastically affected Sports Rewind, including ski season in March, which led to a significant loss in ski rentals as many weren’t returned. Also, spring break tourists, a key source of revenue for the business, weren’t making their way to Colorado with the pandemic in its early stages stateside. And a good portion of youth sports were lost for the summer.

The business was spiraling, which led Kathi to make the announcement on Facebook that the business would close.

However, a pair of lifelines, and community support, lifted the business from permanent closure. Word spread quickly, and business patrons sent letters, reached out and purchased items from the store to help support in any way possible.

Soon, a real estate agent told Carter about a potential new location, one with more space at half the rental price. After some discussion, Carter figured it wouldn’t hurt to give it a shot.

During the move, business supporters helped the Carters move some items to the new location in an all-out effort to get the business back on track.

“We had school kids coming to help, church people coming to help — it was a variety of people that wanted to make sure that we were going to get through, so that part was nice about it,” said Chaynne Carter, co-owner of 970 Sports Rewind.

The company received a $5,000 grant from the city, which paid for just a little over a month’s worth of rent, though Carter said he’ll have to pay it back soon with 1% interest. And Carter did apply for a Paycheck Protection Program (PPP) Loan, which helped cover employee expenses, but funds quickly ran out.

The outlook was grim. The business Carter started five years ago was on the brink of closure, and would have been particularly rough for Carter, considering the reason he started the company.

“I started this company for the kids in this city. There’s just not enough to do for kids, and some parents just can’t afford [high priced sporting goods],” Carter said.

But, now located south of town at 17656 U.S. 550 in a building with a blue exterior and company logo on the roof that’s hard to miss, Carter is seeking new opportunity, and is hopeful for a busy winter season. The shop, which Carter opened on Oct. 1 after renovations were completed, is on the way to Telluride, and the 4,200 sq. ft. building offers more area to provide additional service.

The smaller space on Main Street severely limited Carter’s ability to expand. At the new location, Carter implemented a rental room where patrons can be fitted for skis. An adjacent room holds snowboarding equipment and winter apparel.

In addition to the rental room, the store also sports a shelf for boot rentals, a hockey room, skateboard room and team sports room. Outside the store, Carter plans to build a half-pipe and climbing walls for the youth in the community.

“It’s more of a destination now,” Chaynne said. “We were just foot traffic at the other location. Here, we get a lot more people that see us, but I think we can focus more on the customers coming in, so to speak, in a positive way.”

“This I can grow,” Cary said. “We can get storage units, and it’s another reason why we did it out here because I have big plans.”

Affordability is a key part of the business’ vision for Carter. Though he carries used items in good cognition at affordable rates, Carter also has plenty of brand-new items at lower rates than what it would be at other retailers.

“I’m trying to help the families in town,” Carter said. “Not everyone can afford an $80 pair of cleats. That’s what were here for. We’re not changing that.”

Carter, with ski resorts set to open in late November, is encouraging community residents to come in early and get prepped for the winter season before a potential business rush in mid-November.

“Our main thing right now is getting people to know to get their skis ready,” Carter said.

Carter is hopeful tourists make their way to Colorado for the winter season after bypassing spring break in March. He’s heard most are interested, while others are wary of flying during the pandemic, but it’s a wait-and-see approach for now.

970 Sports Rewind offers ski and snowboard rentals daily at $30 for kids and $35 for adults. A full hand tune and wax is $35, while a binding adjustment is $10.

The business also offers seasonals for adults and kids, and can offer additional services with a full tune shop.