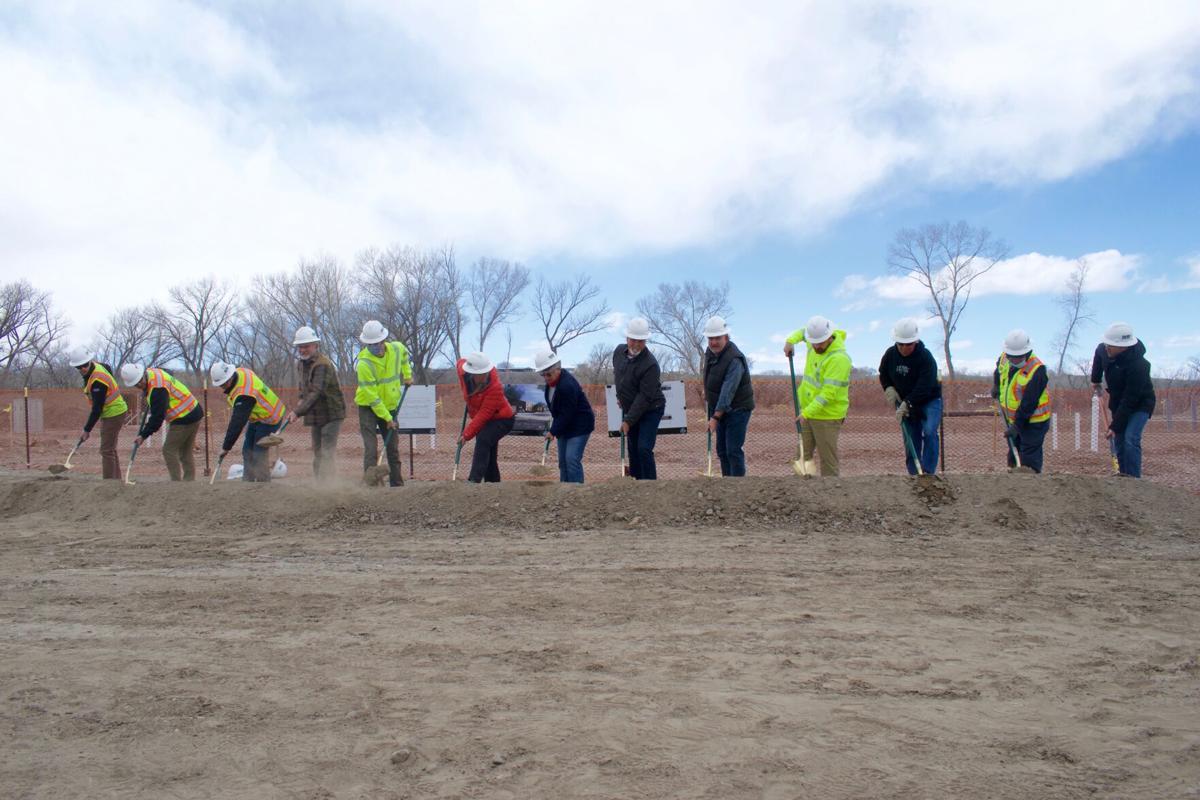 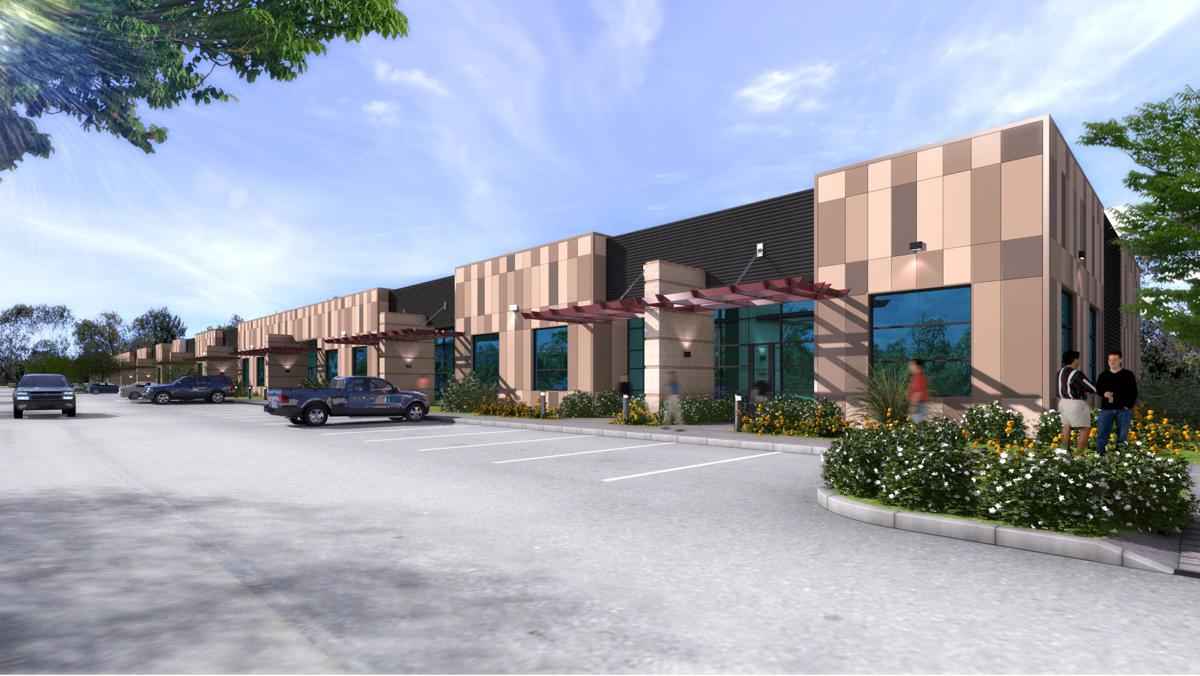 The two Flex Buildings are within the boundaries of the Montrose Urban Renewal Authority, a public-private partnership established in 2016 between the city and MURA. Both buildings will be 27,500 square feet, running parallel to Mayfly Drive, and both will have 10 business suites available for lease. They’re designed for small businesses with three to 30 employees, and are “flexible” in nature, meaning the suites can be combined to create larger spaces based on individual business needs.

“(This project) was really designed to create a sense of place for families and kids, and for people who wanted to relocate their businesses here” said David Dragoo, founder of Mayfly Outdoors, during the groundbreaking ceremony. “... This project really kickstarts what I think is going to be a pretty busy spring and summer.”

The buildings are expected to be completed by the end of the year and will likely be home to several businesses. Types of businesses range from restaurants to office users, as well as those that opt to utilize the space for warehouse and distribution.

“The great thing about this prototype is that nobody has anything like this on the Western Slope,” Dragoo told the Montrose Daily Press. “You have the big companies like Wedge (Brands), but the little ones are just as important.”

Across from the Flex Buildings, the Wedge Brands building will be built, a 77,000 square-foot distribution and third-party logistics center within the Colorado Outdoors campus,in which Wedge will invest an estimated $14 million. It’s expected to create about 17 jobs.

The general contractor for the Flex Buildings is Shaw Construction out of Grand Junction, and architecture work was completed by Pinnacle Design Inc out of Phoenix.

“I think it’s great, it’s a good thing for Montrose,” Ty Withee, Shaw’s project manager, said in an interview. “It’ll create some more jobs and places where people can start a business and really see this whole city grow as a whole. With the amount of people we see coming into the area, I think this is only going to help give some opportunity for those coming in as well as the locals. At Shaw, we like to use as many locals as possible, so we’re going to definitely give everyone the opportunity to work on it.”

The Colorado Outdoors Project is already home to fly fishing companies Ross Reels, Abel and Airflo. The area will also be the new home for Colorado Yurt, which is expected to have a 30,000-square feet manufacturing and office space building to the west of the Flex Buildings. The Colorado Yurt project has a goal to create around 37 to 60 new jobs in the community.

The overall project is in year two of 12, with full buildout expected to be completed in 10 years (how fast or slow construction takes will depend on the state of the economy, Dragoo said).

A Fairfield by Marriott hotel is planned for north of the Flex Buildings, and the Basecamp Subdivision, a multi-family development, is planned for the southern end of the Colorado Outdoors Project.

“I really want to say how proud we are of Montrose and really the last few years — the strength of our partnerships,” Dragoo said during the ceremony. “It’s really done a tremendous amount for the community, all the way from our rec trail to our new amphitheater that’s under construction now, and at this end of town with our Colorado Outdoors Project.”

Doug Glaspell, named Mayor of Montrose later on Tuesday during the Montrose City Council meeting, was on-hand at the ceremony and said the project is a great opportunity for the city and that he’s looking forward to moving past the challenges experienced in Montrose this year.

More information on the Flex Buildings, as well as a flyover of the overall project, can be viewed at coloradooutdoors.co/flex.