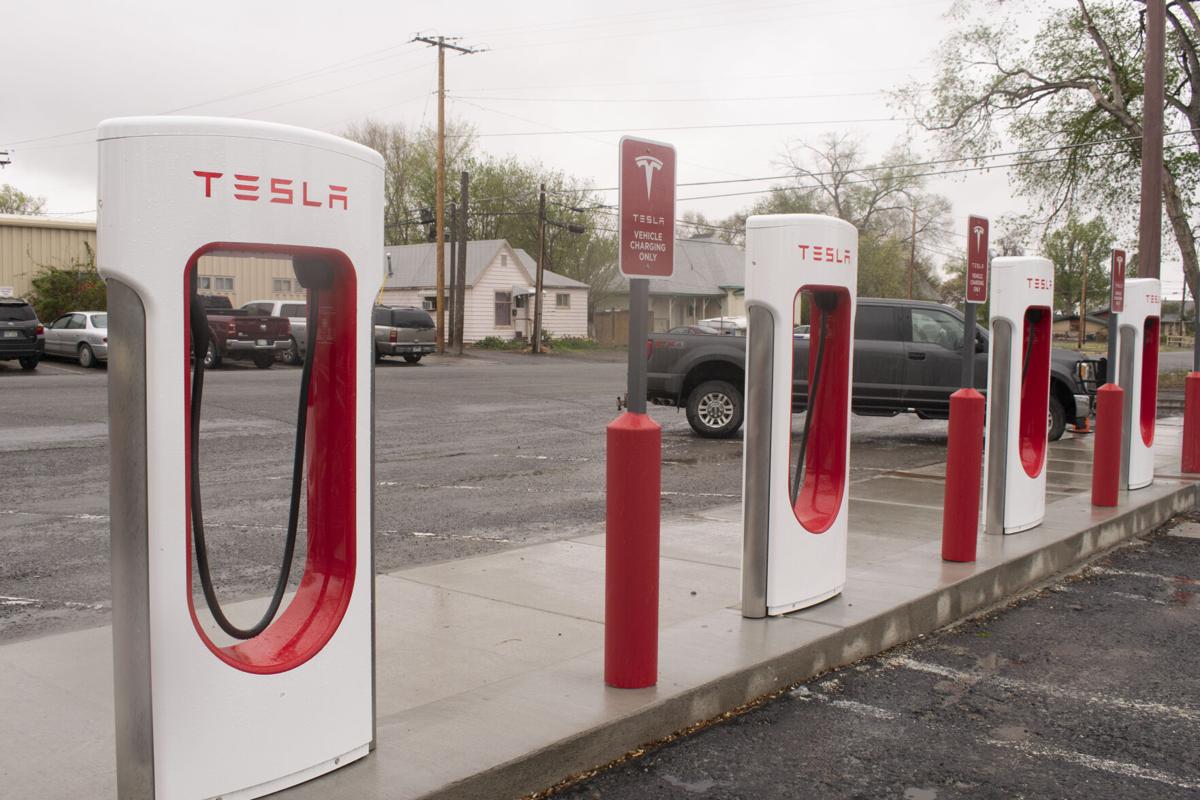 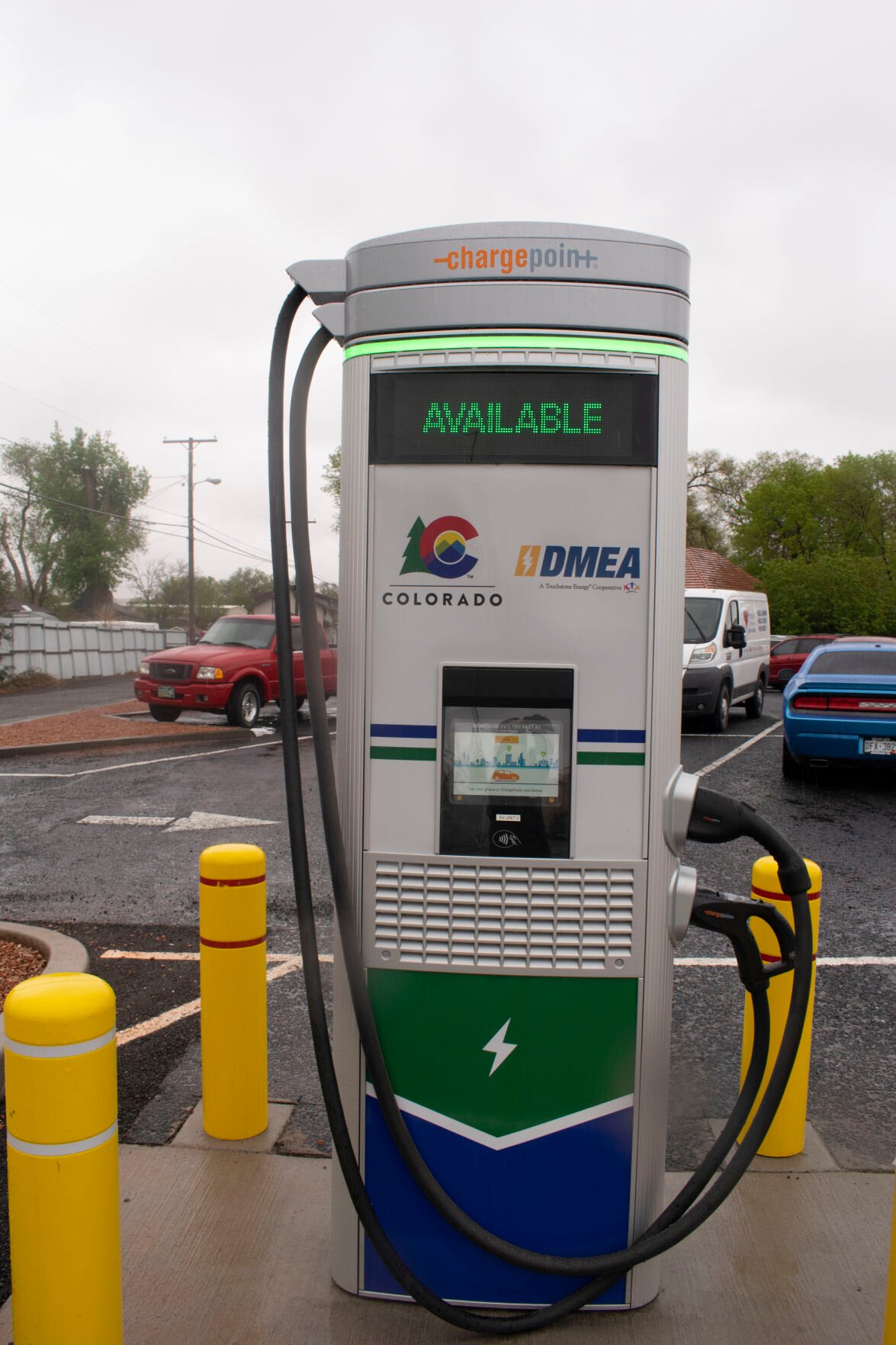 The city continues efforts to participate in the “going green” initiative throughout Colorado, starting with the charging stations placed throughout Montrose in 2020 for electric vehicles.

The EV chargers are in several locations, including the newest station at the corner of North 1st Street and North Uncompahgre Avenue near downtown Montrose.

DMEA owns and operates the ChargePoint stations and is responsible for upkeep and maintenance, said DMEA Chief Power Supply Officer Jim Heneghan, who acted as lead on the project and worked in coordination with Tesla’s team.

Like any traditional driver, EV owners can pay to “fuel” their vehicles by using an app on their phone. The driver pays for the energy used, as well as a ‘per minute’ fee.

The cost to charge at the ChargePoint stations is 20 cents per kilowatt hour and 25 cents per minute.

Tesla, however, sets its own charging prices depending on the type of vehicle using the station, although the cost is typically 25 cents per kilowatt hour for Tesla models after 2017.

“Some models have different charging and time options,” said Heneghan.

Located on Centennial Plaza at 501 South 1st Street is a free-to-use EV charging station at the public parking lot. The station includes a dual-cord, level two charger with an estimated 10-20 miles per hour of charge, depending on the vehicle.

For DMEA, the largest motivation in supplying and operating charging stations in Montrose is to encourage the use of electric vehicles.

“Having them helps demonstrate to the community that there’s charging infrastructure available and may address concerns with buying electric vehicles,” said Heneghan.

The statewide initiative to build additional infrastructure for electric vehicles was kicked off by the Volkswagon emissions scandal of 2017. VW had falsified emission results under testing, proving emissions to be higher than testing reports.

The accompanying lawsuit led to a settlement of $68.7 million toward the state of Colorado, which led to the Beneficiary Mitigation Plan, a program aimed to “benefit air quality in areas that bear a disproportionate share of the air pollution burden.”

The state put approximately $10.3 million of the settlement toward buying, installing, operating and maintaining EV charging stations in public areas, workplaces and multi-unit dwellings across six corridors of Colorado, including Montrose.

In addition to attracting tourism from EV users, DMEA hopes to funnel the money spent on the stations into the local economy.

“DMEA supports the growing use of electric vehicles,” said DMEA Communications and Marketing Manager Becky Mashburn. “They are affordable for members to operate, have drastically lower emissions and come in a variety of makes and models to suit different lifestyles and budgets.”

EV drivers can download the app ‘Plug Share’ for a comprehensive view of charging options and pricings for their vehicles. Drivers can also locate the nearest charging station with the U.S. Department of Energy’s alternative fueling station locator at http://www.afdc.energy.gov/locator/stations/.