Warm weather and spring runoff signal the start of rafting season for many outfitters in Colorado.

Although the state currently has COVID-19 travel and recreation recommendations, recreation is still in full swing, even with safety measures in place.

The Bureau of Land Management’s public lands are open for use, including the Gunnison Gorge. However, BLM has recommendations in place:

Visitors are asked to follow state and local guidelines, which means groups must be limited to 10 people or fewer.

“Activity is the same as years prior,” Coulter said. “We just recommend that people do follow the governor’s orders.” 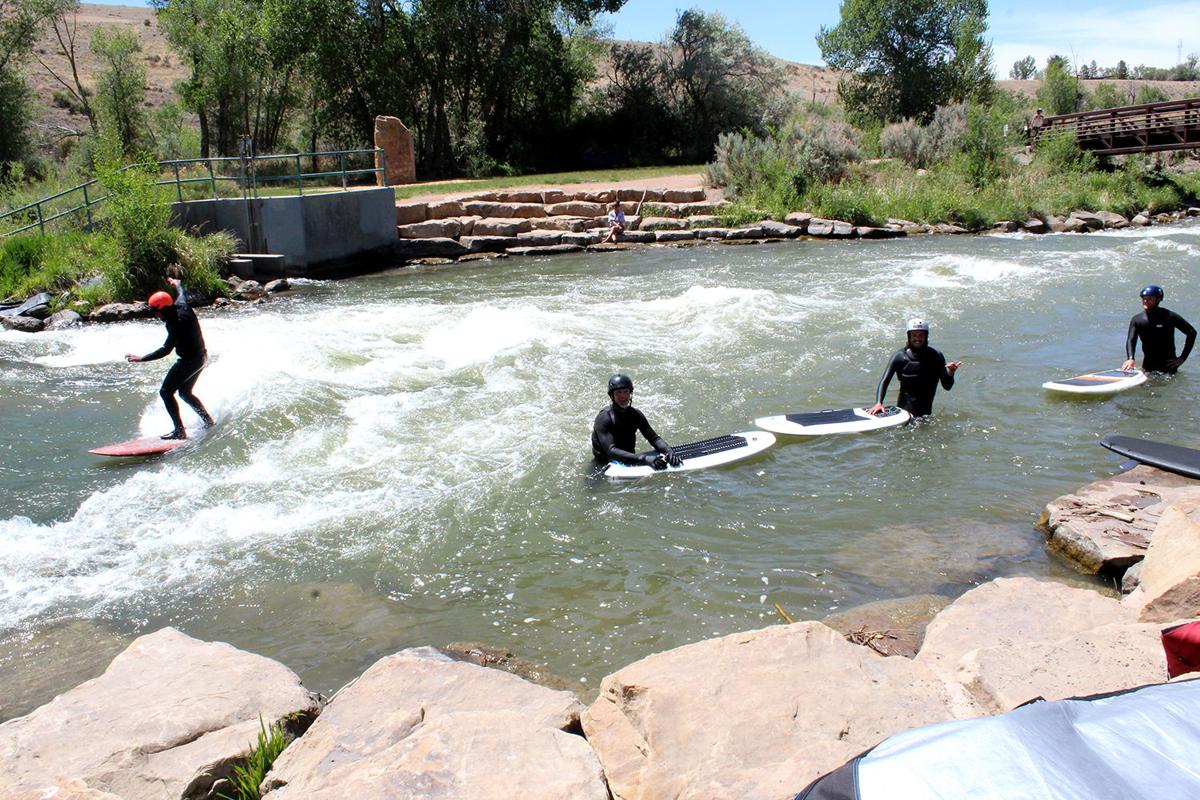 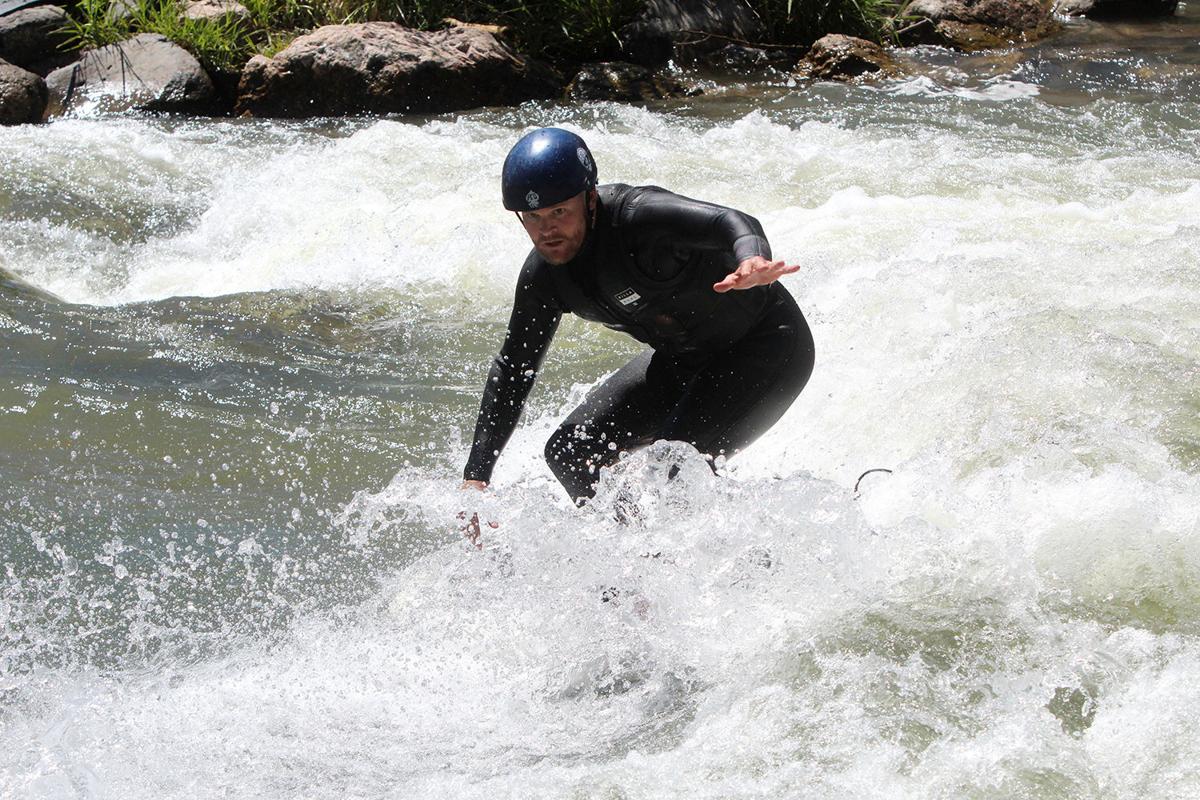 Spencer Graves uses a river surfboard to ride the rapids on the Uncompahgre River at the Riverbottom Park on Friday. (Lauren Brant/Montrose Daily Press) 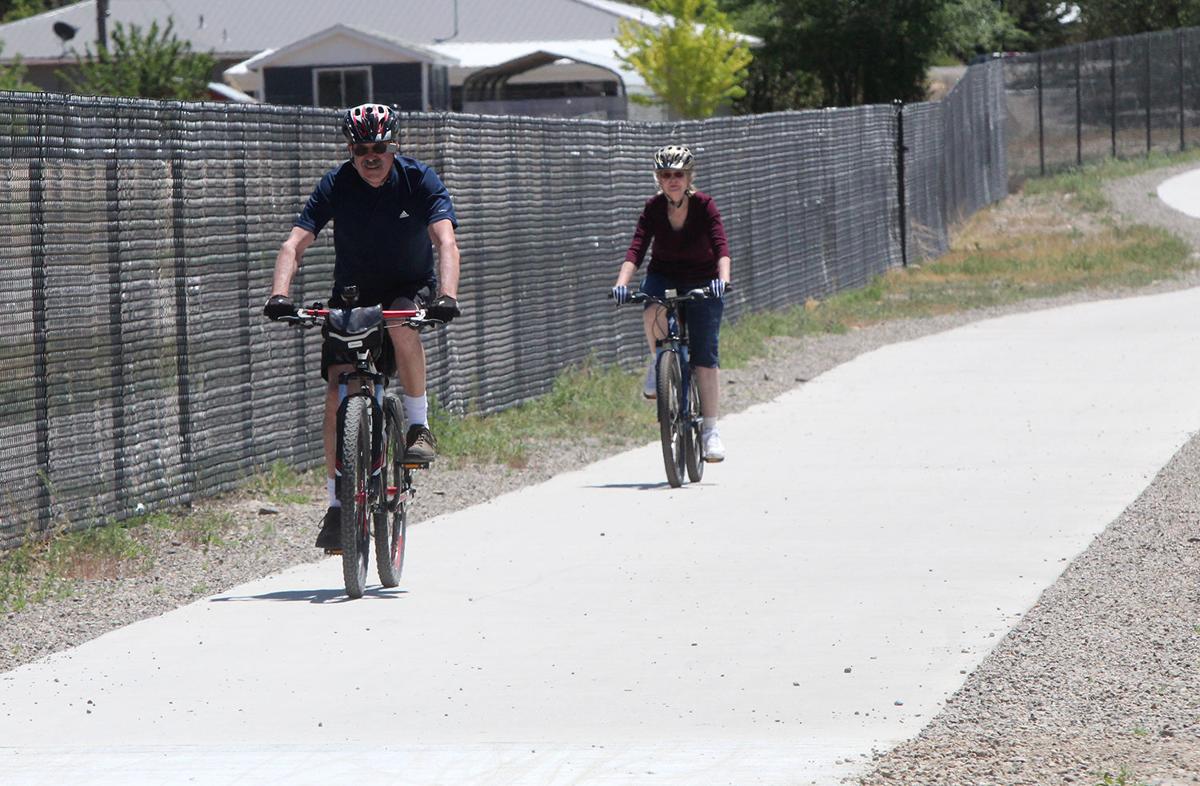 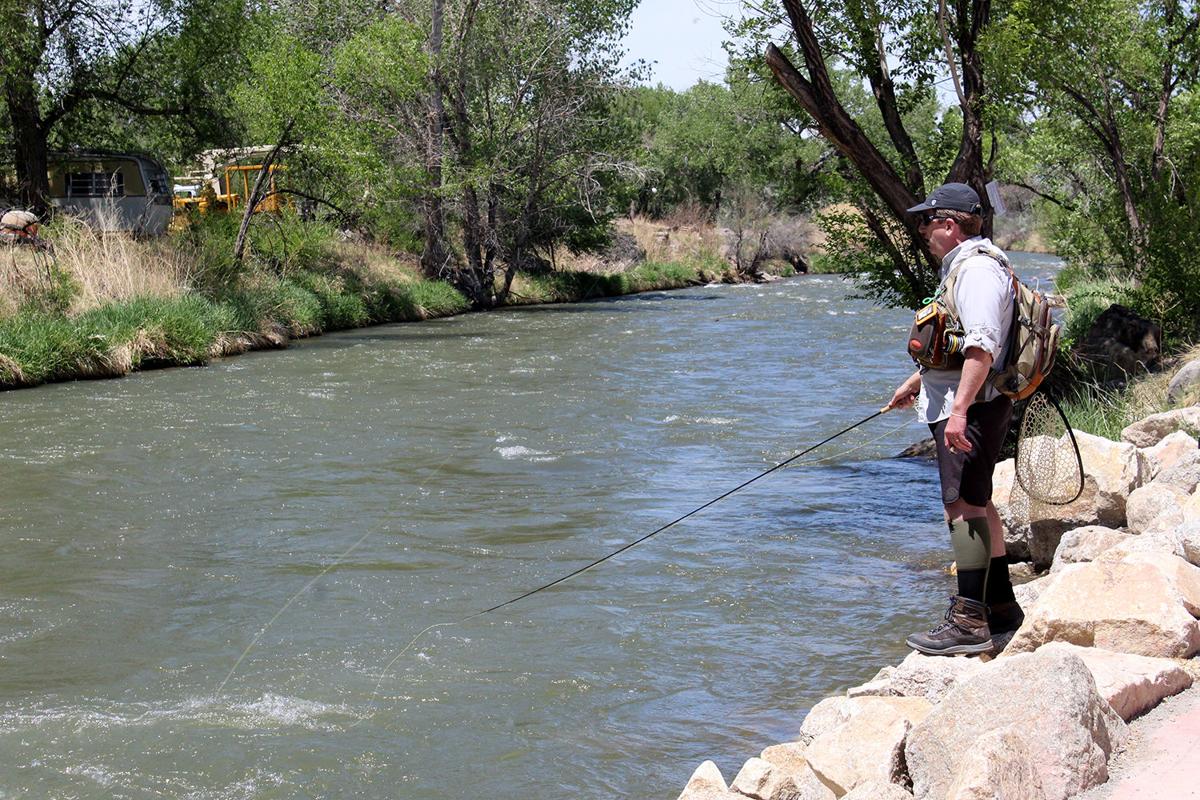 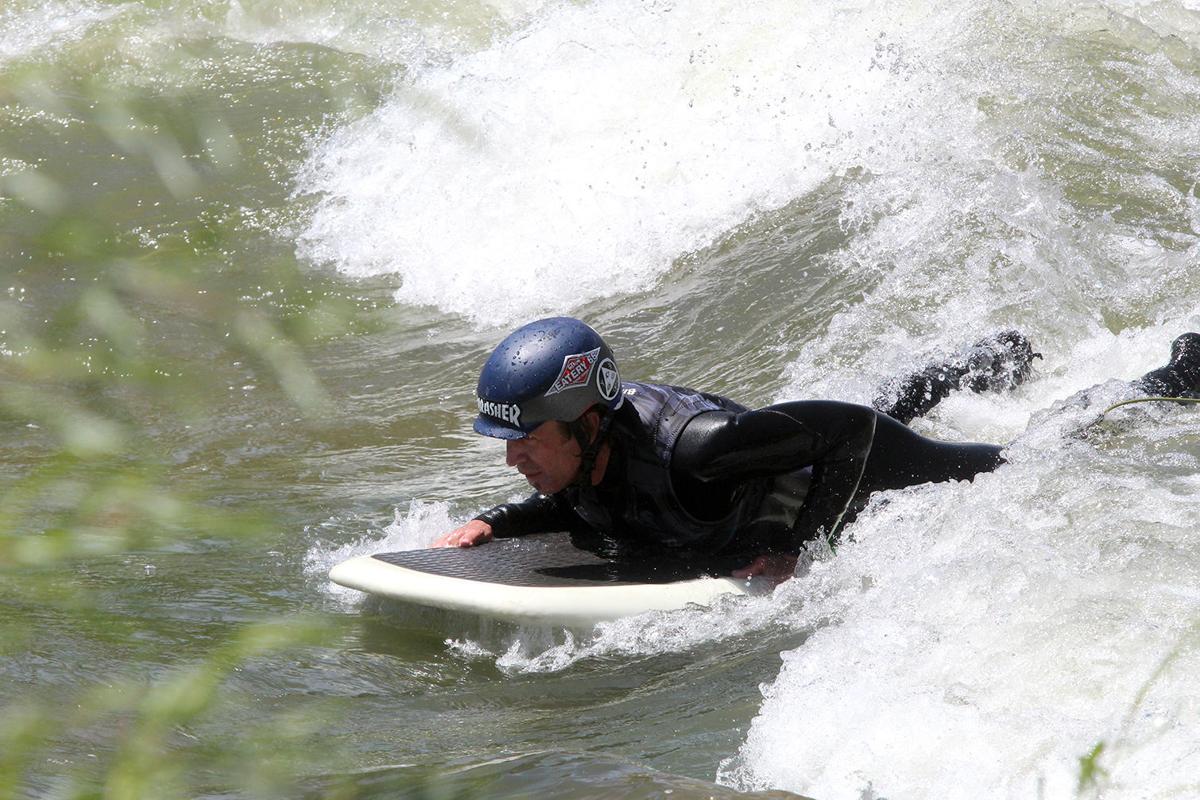 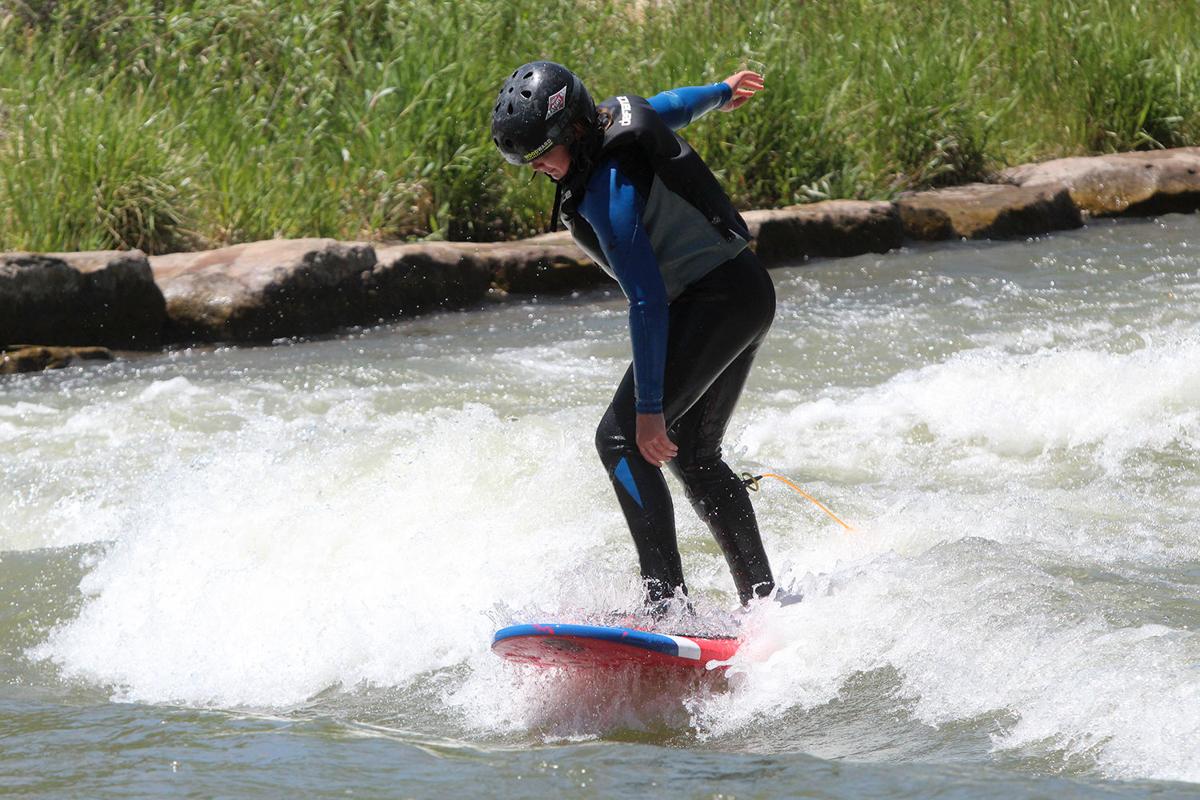 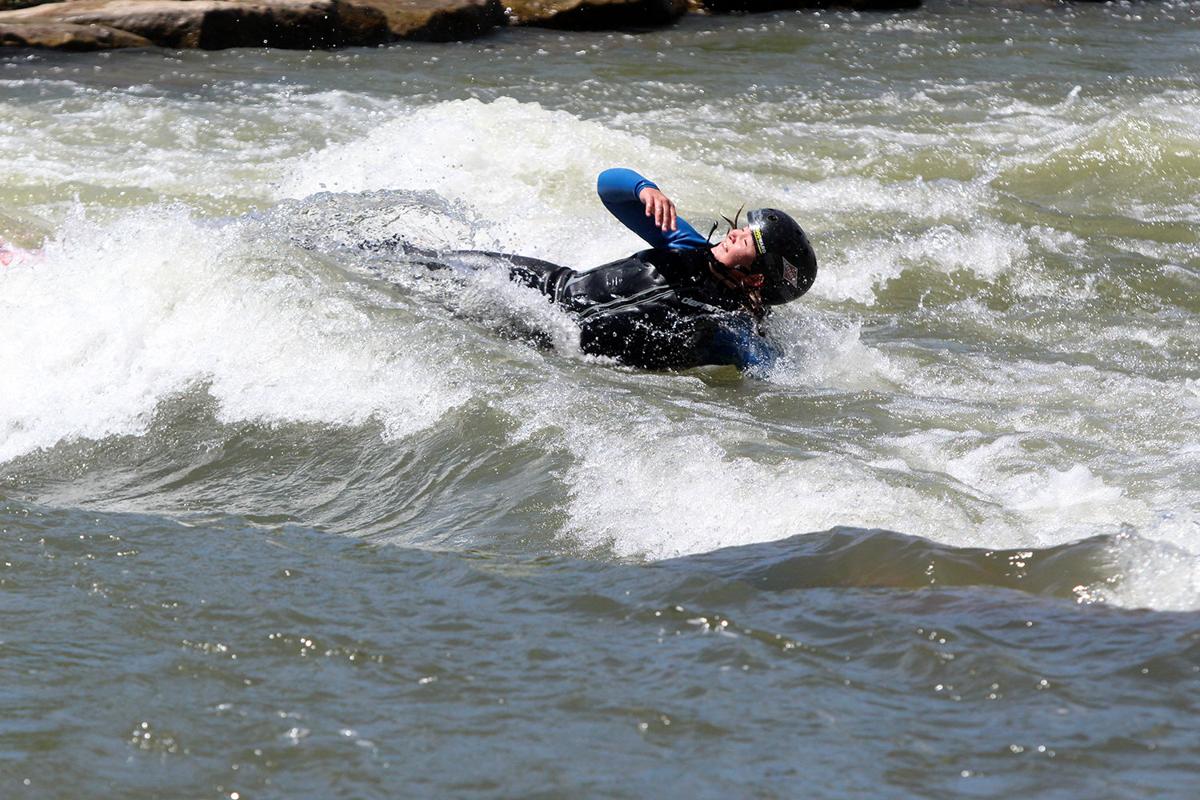 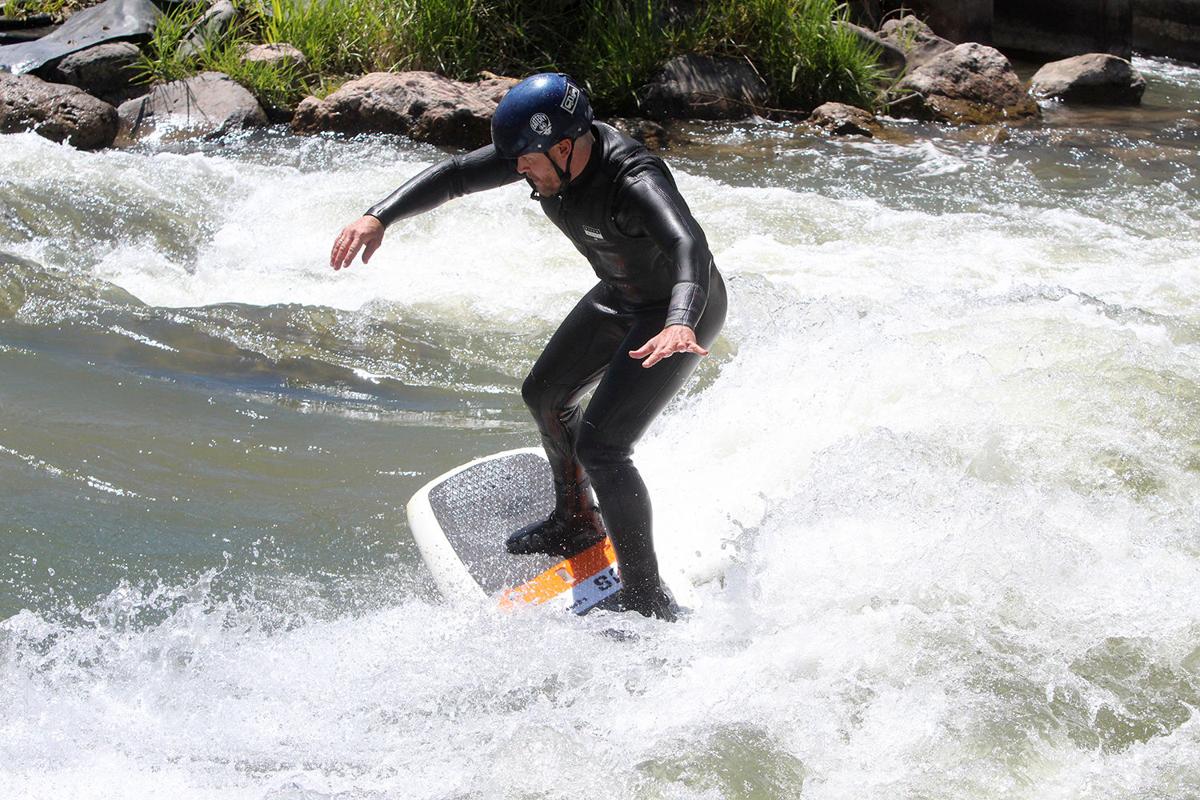 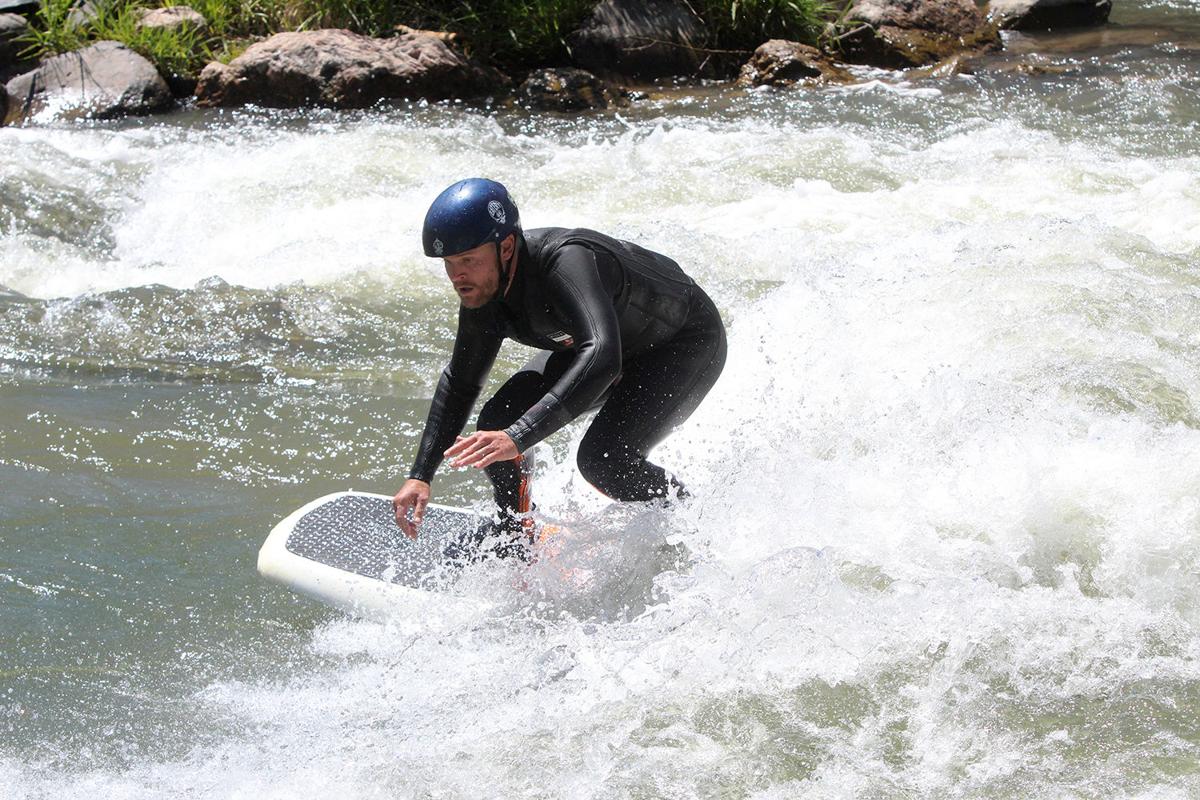 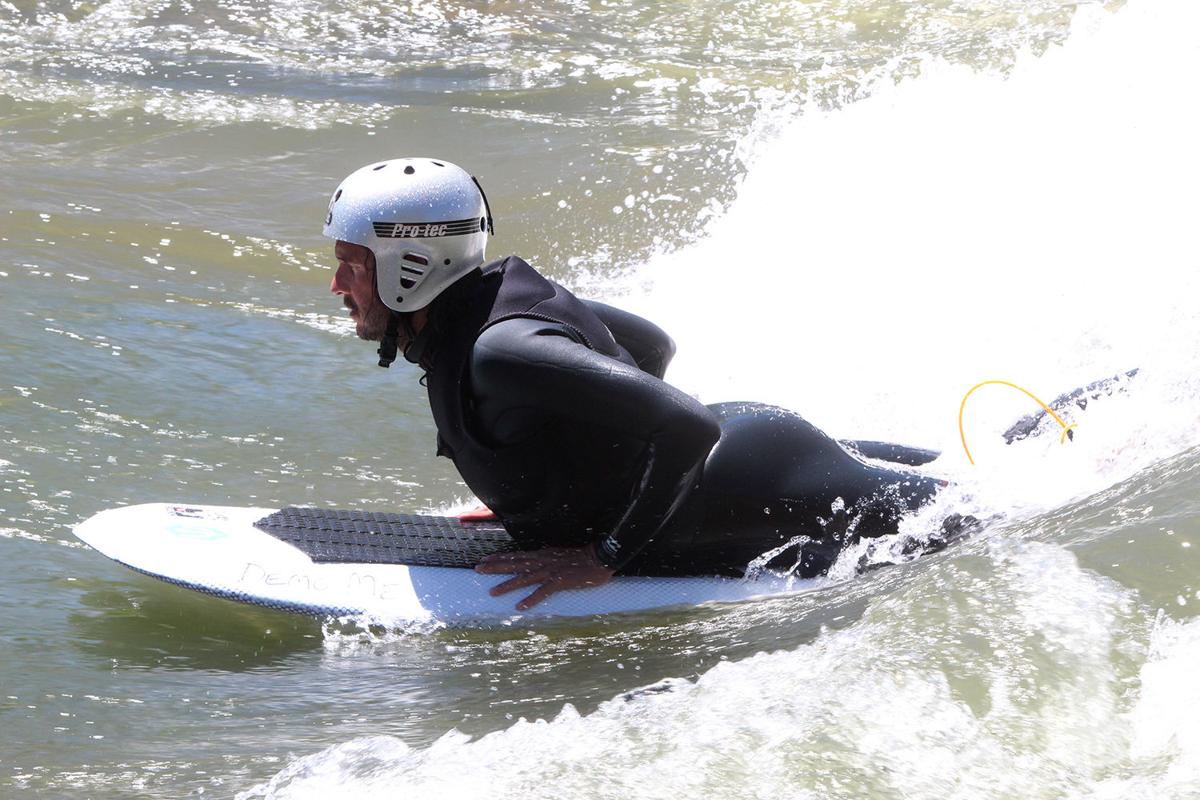 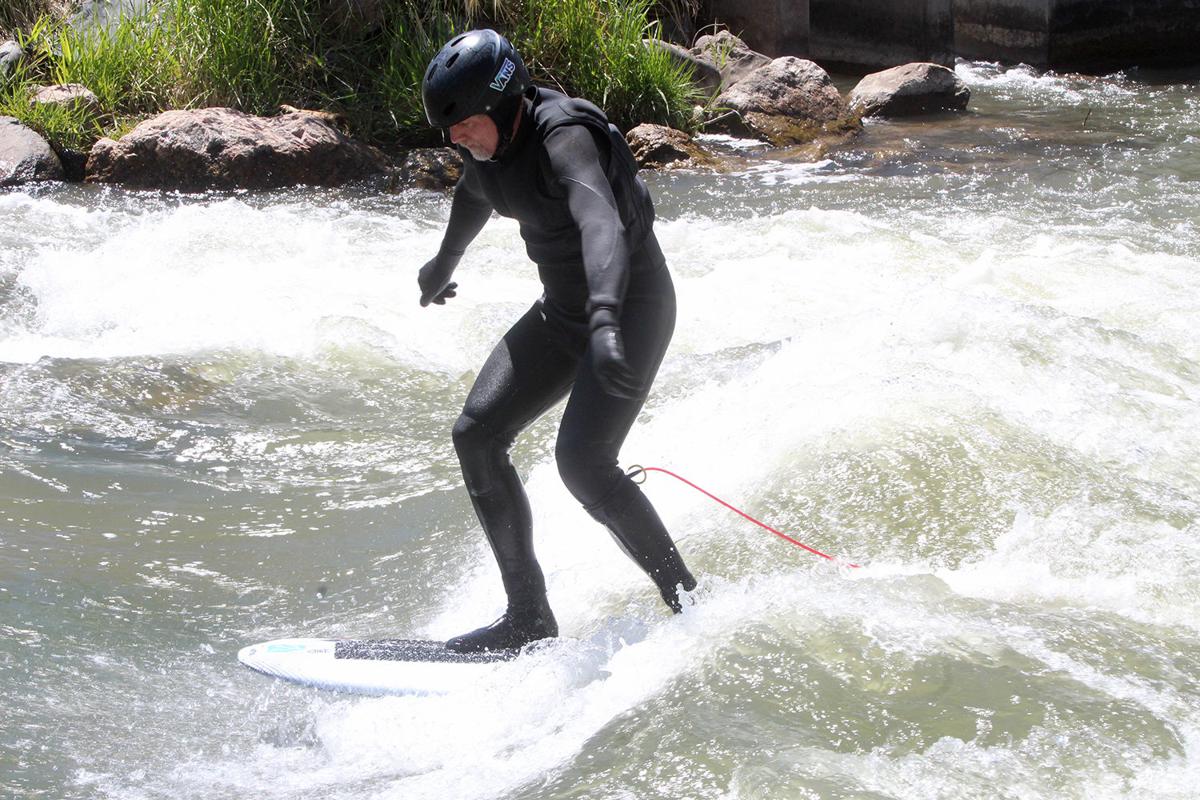 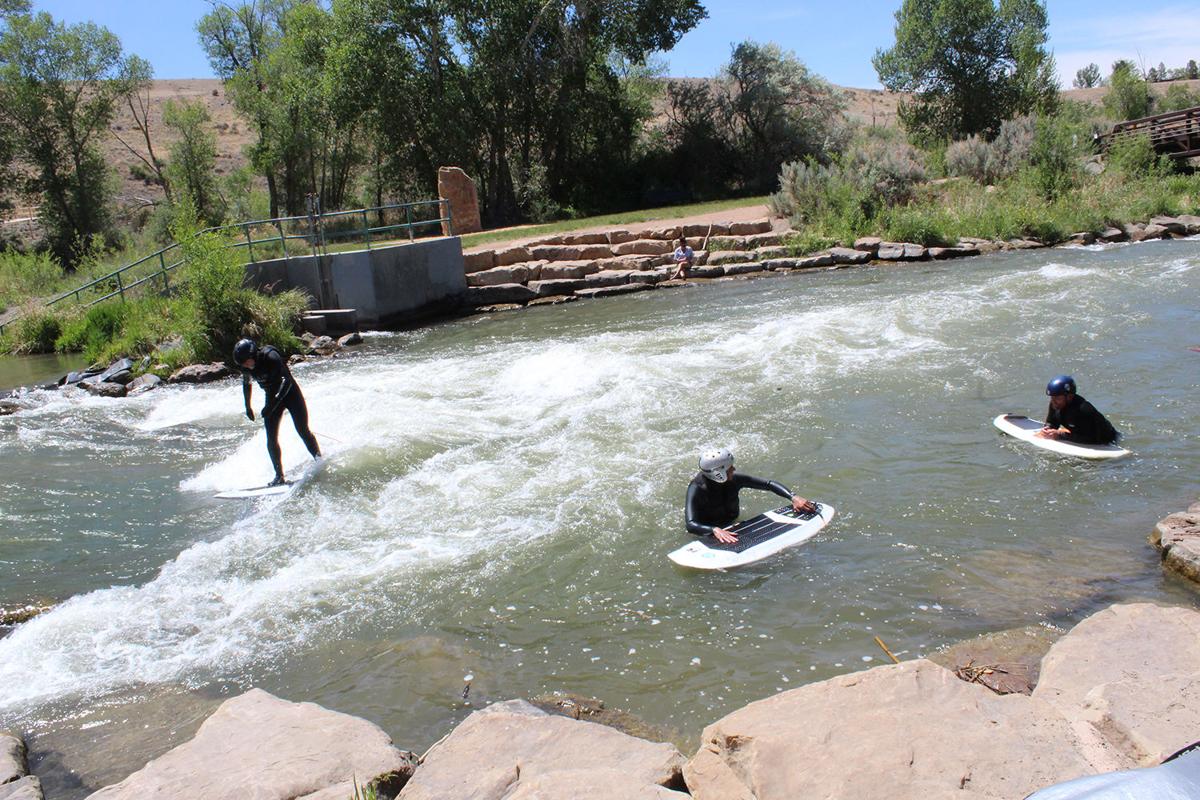 Spencer Graves uses a river surfboard to ride the rapids on the Uncompahgre River at the Riverbottom Park on Friday. (Lauren Brant/Montrose Daily Press)

The outdoor recreation industry’s impact on the economy showed stunning figures in 2017. The U.S. Bureau of Economic Analysis issued its first report on the matter in 2018, but didn’t release state-level figures until 2019.

According to a report released by the U.S. Bureau of Economic Analysis, in 2017, 3.3% of Colorado’s economy was attributed to outdoor recreation. Its estimated $11.3 billion in value added 146,178 jobs.

With COVID-19, and uncertainty on how Gov. Jared Polis may issue future orders, it’s hard to predict what 2020’s figures will look like.

Coulter said it’s too early to say how this season will be impacted.

“I think it’s hard to say,” Coulter said. “Right now, throughout the rivers in western Colorado, it’s close to average use to what we would see.”

The activity level of outfitters on the river with rafts is the same as years prior, Coulter confirmed. He believes this Memorial Day weekend will be active.

Coulter mentioned he’s heard some outfitters say there have been a few more cancellations from visitors due to COVID-19, but not enough to move the needle in terms of visitor engagement.

Glasscock, who is now manager support at the shop, has hired Hollis Brake to be the new manager of Montrose Kayak and Surf.

In terms of water supply, Glasscock said the water at Ridgway Reservoir is at healthy levels, and the Uncompahgre Town Run through Montrose is viable.

However, in other regional rivers, Glasscock is anticipating a lower water runoff and a slower than average season due to lack of snow in the high country.

Joel Aslanian, owner of Gunnison River Guides, has plenty of Gunnison locals booking rafting trips. Though, at the moment, only those who fall under “essential travel” (having a second home locally means having reason for essential travel) are allowed to schedule float trips with a guide. This includes those who wish to fish on the river as well.

Since the guides are usually limited to three people or fewer per trip, Aslanian can guide under restrictions. He and others on the raft are required to wear a mask.

June and July are usually when Aslanian sees most of his business. As restrictions begin to gradually loosen through the state’s orders, he anticipates people will still want to recreate, even if it’s slower than previous years.

“It’s hard to say, hopefully people want to go out and recreate,” Aslanian said. “People are looking to do stuff like that. Other people may not because they don't want to travel yet.”

Aslanian indicated it seems to be a low-water year, though. Water levels seem to be lower, but there are moments when the water has strong fishing conditions, he said.

Even so, Aslanian said the water’s “still good,” and rates it as normal to below average. He doesn’t believe it will completely disrupt the summer season.

“A lot of the locals and guides are still getting out,” he said. “Fishing has been good.

“The activity is definitely here. It’s not full blown tourist season, but the locals are out and about doing things, they’re just trying to do it safer.”

Aslanian has received a number of calls from people out of town asking to book a guide in July and who are curious as to where the current situation stands. They’re even inquiring about booking in August.

“It's been a couple months of people not doing anything,” Aslanian said. “Especially this time of year, I think people want to get out and do all kinds of things like that.”

He anticipates a usual June and July this summer and expects tourists and those with second homes in the area to make their way to Colorado eventually if restrictions loosen. But he also understands money will be a factor for a number of individuals.

Ridgway State Park is open, said Joe Lewandowski, public information officer for Colorado Parks and Wildlife, but to camp, a reservation must be made prior to arrival.

Showers, in-person service at the visitor center, and swimming at the swim beach are closed at this time. However, Lewandowski anticipates the swim beach will open in the next week or so.

Lewandowski noted he’s seeing normal activity and there hasn’t been a lag in those who wish to recreate at Ridgway Reservoir. CPW is asking people to continue to maintain safety measures for guests and staff.

“We’re asking people to be careful about physical distancing during the pandemic,” Lewandowski said.

“There’s no requirements for masks, but we’re asking people if they're approaching a group to please wear a mask.

“We’re continuing to make sure people are safe in the park, and all the normal regulations while you're in the park apply, in addition to physical distancing,” he added.

Those fishing and on paddle boards aren’t required to wear masks and are welcome to continue those opportunities to recreate.

Joel Evans, a Montrose resident, anticipates the next few weeks for fishing to be murky. Once mid-June rolls around, fishing conditions should be strong. He, too, said the snowpack is less than normal this year.

Evans mentioned he has seen an increase in the number of people out fishing.