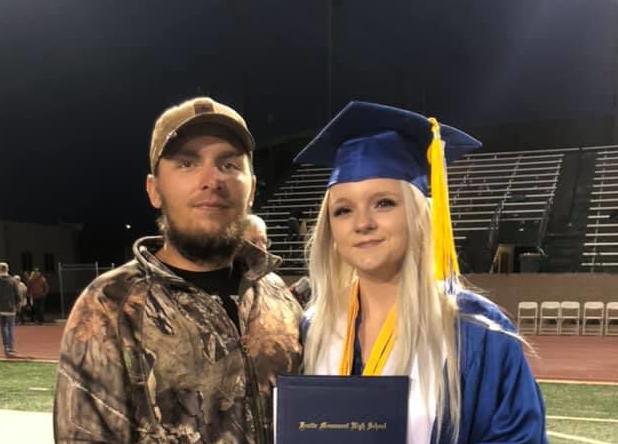 Charles ‘Gage’ Lorentz stands with his sister after her graduation from Fruita Monument High School in 2019. Lorentz, 25, was fatally shot by a ranger near Carlsbad Caverns during a traffic stop and his family is demanding answers from the National Park Service. 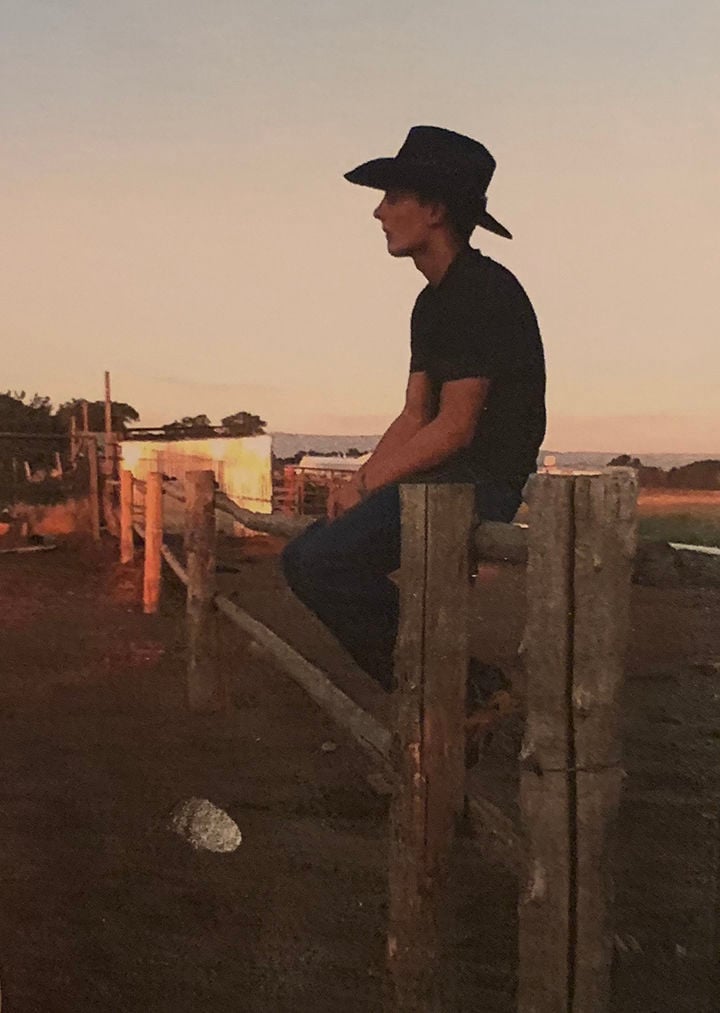 Charles ‘Gage’ Lorentz stands with his sister after her graduation from Fruita Monument High School in 2019. Lorentz, 25, was fatally shot by a ranger near Carlsbad Caverns during a traffic stop and his family is demanding answers from the National Park Service.

A local family is pushing the National Park Service for accountability, after a ranger fatally shot their son during a March traffic stop.

Montrose native Charles “Gage” Lorentz was 25. He was headed home from Texas on March 21, and was to stop at Carlsbad Caverns National Park to meet a friend. There, he was pulled over by a park ranger. Video footage obtained by KOBTV in New Mexico shows part of the encounter between Lorentz and the ranger, identified as Robert Mitchell. The encounter ends with Lorentz being shot twice, once in the chest.

The ranger’s body camera shut off for an estimated 26 seconds. Lorentz’s family wants to know what happened in that time and if there is, in fact, footage of those missing seconds, as well as why their son was shot over a speeding allegation.

“This isn’t going to go swept under the rug,” said Kim Beck, his mother, on Wednesday.

“This whole incident has been almost as if they’re alienating the family. You can’t tell me that there’s missing footage and something’s not going on, especially when no one is providing us with any answers.”

Lorentz’s father, Travis Lorentz of Montrose, said the NPS has not been very responsive.

“They’re being very difficult to get information out of, because they don’t want it out there. In my opinion, it’s a cover-up,” he said.

The Eddy County Sheriff’s Office in New Mexico is investigating the encounter, as is the NPS Officer Involved Shooting Team.

“Additionally, the NPS Office of Professional Responsibility will provide an objective and thorough internal investigation into the officer’s actions. By policy, involved officers are placed on administrative assignment while these investigations occur,” Lacayo said in an email.

Lacayo didn’t say whether the ranger involved had any previous complaints or disciplinary action, because that is protected personnel information.

She said NPS law enforcement are highly trained federal officers who go through extensive training before becoming “full-performance rangers,” and then continue regular training throughout their tenure.

‘My son did not deserve to die’

In a March 23 news release, the Eddy County Sheriff’s Office confirmed the NPS had requested it to investigate an officer-involved shooting that took place at Rattlesnake Springs, New Mexico.

The news release says a ranger pulled over Lorentz’s Ford pickup for “driving erratically” and that Lorentz was shot at some point after exiting the vehicle.

In the footage KOBTV recently aired, Mitchell can be heard giving Lorentz commands, and Lorentz is seen shaking his head “no” when told to turn around. With his hands in his pockets, he appears to shift from foot to foot and is ordered to take his hands out. Then, Lorentz is tasered, apparently with nothing more being said, and the camera cuts off. When it’s back on, it records Lorentz being shot twice, once with the muzzle of the ranger’s gun apparently within close range of his chest.

Lorentz is told he is under arrest, then handcuffed.

KOBTV reports Lorentz was on the ground for several minutes before receiving first aid.

In the footage, the ranger states after the incident that tasering Lorentz “did nothing” and that a drive-stun (direct application of prongs) was ineffective. He also says Lorentz struggled, hit him in the side of his head, and tried to push him. Mitchell came up and fired a round.

“My son did not provoke this,” Beck said, questioning why it appears Mitchell almost immediately drew his Taser during a traffic stop. She said it did not appear to her as though the ranger had tried to de-escalate the situation. “The truth will be known. I know my son did not deserve to die, and that’s what matters.”

Travis Lorentz waited through the night of March 21 for his son’s pick-up to appear in the driveway. Gage was supposed to be visiting home from Texas. His Colorado family expected that, at latest, they would see him early March 22, but he never arrived.

“I got up early in the morning, about 3, and checked my driveway,” his father said. “Sometimes, he would sleep in his truck to keep from disturbing people. I woke up. It didn’t feel right. He wasn’t there.”

Travis called Gage’s good friend in Grand Junction, but Gage hadn’t gone to his house, either. Travis thought perhaps Gage had run into bad weather, or had pulled over to sleep, but phone calls went straight to voicemail.

“He’s the one that found out. He called (Gage’s) mother and I. The authorities didn’t even speak to us for, it was a couple days, I think,” Travis said.

To his horror, he learned his son had died in a shooting. Outgoing, hardworking Gage was gone. He wouldn’t be returning to work on vehicle projects with his father, or to his sisters.

“He just did so much for his family and friends out of the goodness of his heart. He was a very good young man. They don’t come any better. He loved living life and loved the mountains,” Travis said. “He had a heart of gold.”

His mother called Gage, who was born in Montrose, then later lived in Fruita, a peacekeeper.

“Just a country boy. He had manners,” she said — and he also had respect for law enforcement, Beck added.

“He was a homegrown, goodhearted, hardworking young man. … He would do anything for anybody else. His being a light for other people is what made Gage so special,” she said.

Beck had also worked the phones when Gage didn’t show up as expected; she called, trying to reach highway patrols and hospitals. But Gage’s friend in Grand Junction reached the NPS. Then Beck learned the terrible truth.

“How long would it have been, if it weren’t for us calling and looking for our son? I think any parent would question,” Beck said.

She said she doesn’t believe “for one minute” that her son would have done anything to justify the use of deadly force.

“We’re going to continue on our journey for justice. We want accountability. We want change and reform in law enforcement,” Beck said.

“ … We want justice. We want all those things to come to light and to know what happened.”

Travis Lorentz also said his son was not acting aggressively and had complied until the ranger told him to turn around, and then, he simply shook his head “no.”

“The next thing you know, the ranger is pulling out a Taser. He shoots him once with the Taser,” Lorentz alleged.

When the body camera footage cut off, Gage was several feet away, Travis also said, so the camera can’t have gone off during a scuffle.

It's his understanding that about six seconds are unrecoverable.

“We are trying to get the remaining 20 and the metadata to see what’s been done with it."

The family hopes that a forensic electronics specialist will be able to find the footage, Travis Lorentz said.

He is also curious about a thumb drive he said was taken into evidence — its contents are unknown, but it could contain dash cam footage from the ranger’s vehicle, Travis also said.

He added he is dubious that the dash cam in the 2019 vehicle was an inoperable decoy. Lorentz also questioned other evidence in the case, against the ranger’s reported accounts of the incident and said the ranger should be prosecuted.

Lorentz’s family has also been in contact with senators in Colorado and New Mexico, as well as other officials. They want to effect change, Beck said.

She pointed to body cameras and qualified immunity. Qualified immunity is a legal theory that, in general, protects from civil liability for public officials engaged in their official duties, unless it can be proved the official violated clearly established constitutional rights. Although Colorado recently passed a law that diminishes qualified immunity for police officers, not all states have.

“The immunity these officers have, it almost gives them permission to act this way, and then it protects them. Nobody is above the law. They should not have that,” Beck said.

Body cameras protect both citizens and officers, Beck said, and when an officer does his or her duty correctly, there should be no reason for missing footage. Body cams should be mandatory everywhere, Beck added.

“You see it all across the nation. Nobody trusts law enforcement. It’s heartbreaking. I’m not about defunding the police, but about getting back to serving and protecting and your law enforcement not being able to shoot you and kill you for (example) jaywalking,” Beck said.

“Defunding” police refers to reallocating funding from police agencies to other government agencies that provide social or mental health services that are beyond the purview of law enforcement.

Travis Lorentz said the official response to his son’s death has added to the grief.

“We’re all struggling. It’s bad enough that it happened. It’s just amplifying everything, the way that they’re playing. They’re making it harder on us. The whole family is struggling with it,” he said.

“ … It’s totally unjust. It’s unbelievable. How they are treating our family is just mind-boggling.”

A GoFundMe account can be found at gofundme.com under “Justice for Gage.” The page, as of Thursday, had raised $5,341.