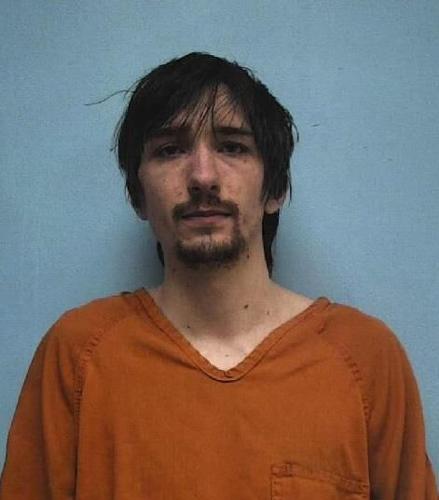 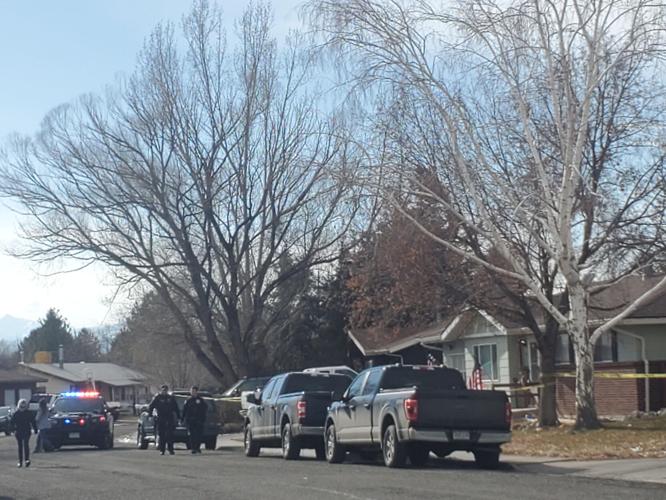 Investigators on scene at Sherwood Drive on Monday, Jan. 23. Information in court documents and a court hearing is that a man was fatally shot in the residence. (Katharhynn Heidelberg/Montrose Daily Press)

Investigators on scene at Sherwood Drive on Monday, Jan. 23. Information in court documents and a court hearing is that a man was fatally shot in the residence. (Katharhynn Heidelberg/Montrose Daily Press)

Johnson’s public defender, however, suggested a claim of self-defense, and said a no-bond hold would be illegal.

Johnson, 26, was arrested Monday, Jan. 23, at the Sherwood Drive home he shared with his mother and Lofley. He was detained on suspicion of second-degree murder, however, Eads said in court Tuesday that the People anticipate filing first-degree murder charges.

According to Johnson’s arrest affidavit, on Jan. 23, he had been awake all night playing video games, as he had done for at least the past year, never leaving his home. His mother and Lofley awakened to him yelling; Lofley got up, knocked on Johnson’s bedroom door, and asked him to “have some respect.” Johnson continued “yelling and swearing,” Montrose Police Detective Kaitlyn Deines wrote in the affidavit.

Per the document: a short time later, Lofley got up and went into the kitchen; from there, Johnson’s mother could hear him and her son arguing.

About two minutes later, she got up to find the two arguing in the hallway. Lofley reportedly was criticizing Johnson for being unemployed and disrespectful.

The affidavit alleges Johnson’s mother saw Lofley holding a toilet plunger and that she heard him tell Johnson not to throw something at him again, before tossing the plunger aside.

The woman turned away. That’s when she heard a gunshot, Deines wrote.

“(Woman) turned back around to face them and saw David on his knees with his head to the floor. … She observed Elijah holding a black pistol in his hands, pointing it at David. … She said that Elijah then shot David in the head and he fell forward,” the document states.

Deines wrote that after the shooting, Johnson walked past Lofley into the kitchen, where he lit a cigarette “and casually smoked it as (woman) called 911.”

Johnson was arrested without further incident when police arrived.

Lofley was unresponsive. Officers, then paramedics, attempted to revive him, but could not and he was pronounced dead.

Public defender Daniel Lavrisha would on Tuesday take issue with the way the affidavit was worded, saying it was not clear that two shots were fired, or where they struck Lofley.

Montrose County Coroner Rick Fellabaum confirmed Lofley’s identity in a separate announcement Tuesday but did not release a cause of death. Cause and manner were pending completion of an autopsy.

“It’s clear and undeniable that Mr. Johnson is a community safety risk. … There is a witness to this horrible crime,” Eads said Tuesday, in asking that Johnson be denied bail.

Eads said the first shot struck Lofley in the shoulder, but that Johnson’s mother then heard another shot. He asked Judge Kurt Beckenhauer to consider that, as well as the time between the gunshots.

Because the DA’s Office intends to file first-degree murder charges, the punishment conviction would bring (a mandatory life sentence) is motivation for Johnson to flee if he is released on bail, Eads argued.

Lavrisha pushed back. Not only is Johnson not a flight risk, but because he has not been charged with first-degree murder at this point, a no-bond hold would be illegal, he said.

“We don’t believe he presents any community safety risk,” Lavrisha said, detailing how, if released, Johnson would be staying with family in Cedaredge and no one in the home owns a gun.

Lavrisha said the argument at the Sherwood Drive home had turned physical. “There’s a self-defense claim here,” he said, adding that no one can definitively say self-defense does not apply.

Lavrisha also drew attention to the size difference between Johnson, who, he said, weighed 111 pounds, and Lofley, who weighed much more.

Lavrisha said the allegations were similar to an October, 2022, case that was charged as second-degree murder, in which the much older defendant was given a $75,000 bond.

Before setting bond, Beckenhauer heard from Lofley’s sister and a police detective, who were opposed to Johnson being released.

“If he gets out, if he doesn’t harm someone else, he will harm himself,” Lofley’s sister said.

The woman said she’d been told about Johnson’s mental issues for years, and even went so far as to try to get him on the Dr. Phil show. She said Johnson should not get out, but should receive help.

“There’s clear evidence there was a violent, intentional action. At least the second shot was not made in self-defense,” she said.

Beckenhauer noted that the present allegation is second-degree murder, so he would not hold Johnson without bail.

Despite Johnson’s lack of criminal history and despite the support systems Lavrisha had noted, Beckenhauer said the case merited a $500,000 cash-only bond. He said the information alleged is that a second shot was fired when Lofley was either on his knees, or at least, on the floor.

“The facts of the case justify the defendant being held in custody and on that size of a bond,” Beckenhauer said.

Formal charges are due Feb. 1. Johnson is to return to court Feb. 2.

Police continue to investigate the case.

This offer is currently unavailable.