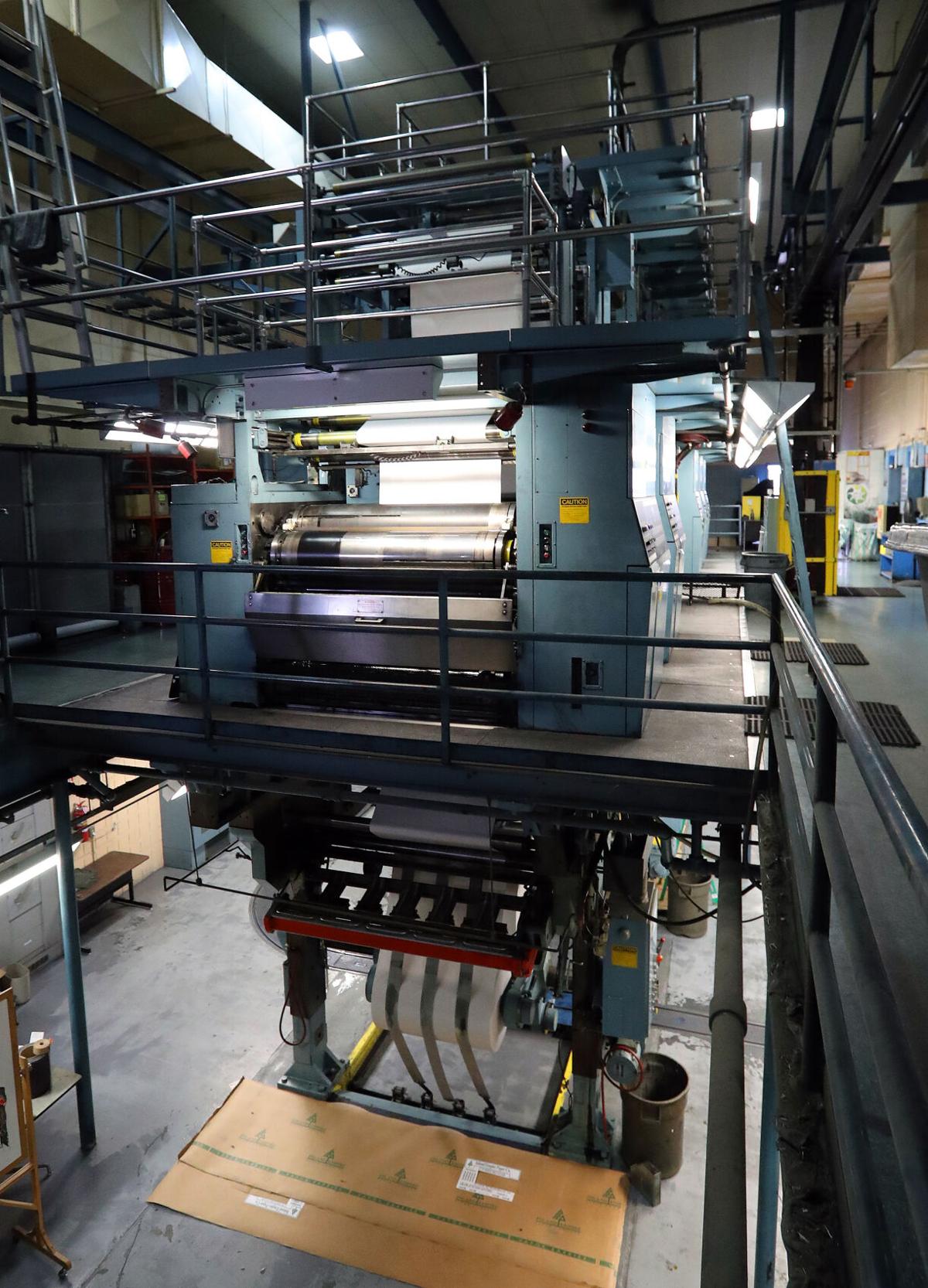 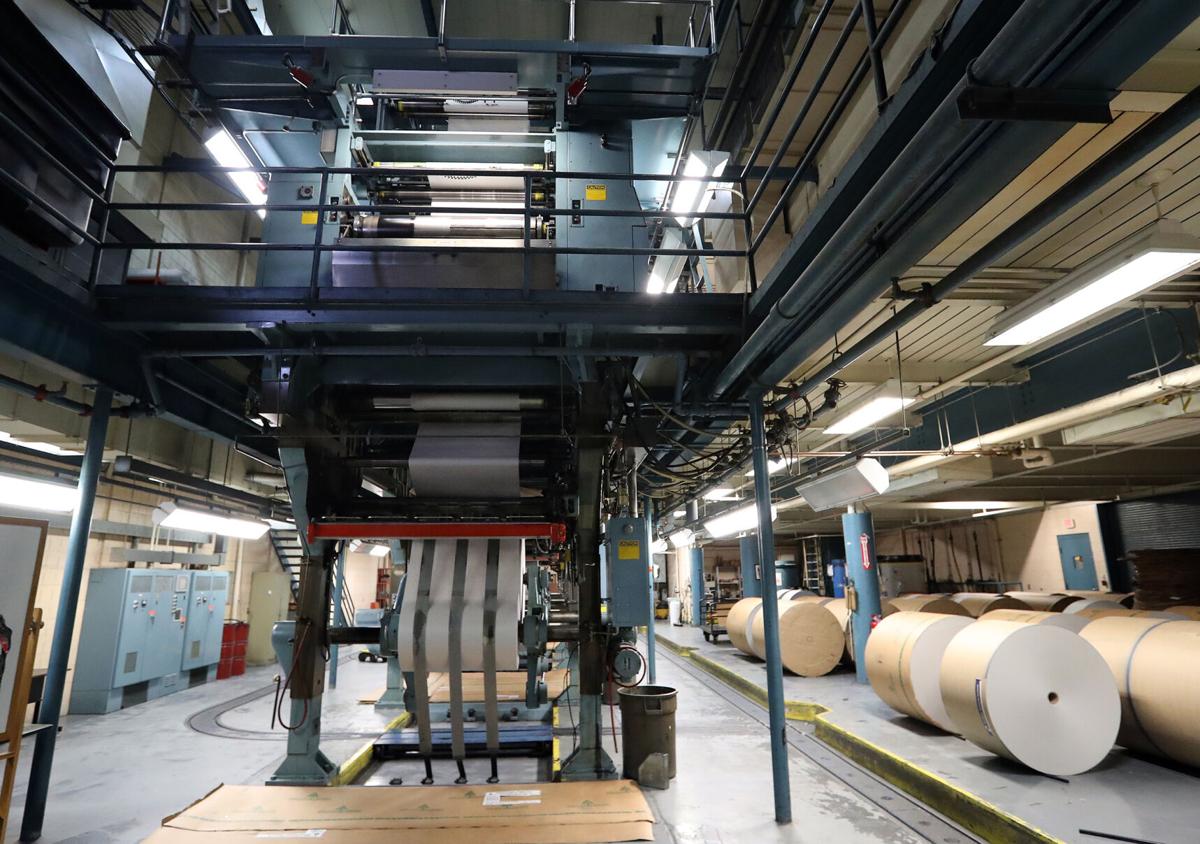 The Grand Junction Daily Sentinel is retiring its “behemoth” press and shifting print production to Montrose under a contract between Seaton Publishing and Wick Communications, the respective parent companies of the Sentinel and the Montrose Daily Press.

The Sentinel will be printed at the Daily Press’ press plant, likely starting July 6.

The Sentinel’s decision came about because the “big city newspaper press,” installed in 1984 when hopes were bright for an oil shale boom, is inefficient and replacement parts are not longer manufactured, Sentinel Publisher Jay Seaton said.

The three-story Goss headliner press, purchased under the paper’s prior ownership (Cox Media Group), is capable of printing 40,000 copies of a 96-page newspaper per hour. Currently, the Sentinel prints about 18,000 to 20,000 papers, total, meaning it is using only a fraction of the press, which is not efficient, Seaton said.

“Our pressmen have had to engineer replacement parts themselves. That doesn’t have a future. We knew we had to do something,” he said.

The company weighed the pros and cons of purchasing a new press, but, Seaton said, the industry now exists in a “print or be printed dynamic.” Either a press plant prints for all publications surrounding it, or the company becomes a client of such a plant.

“Montrose has an efficient press. They’ve been smart about investing in their print facility. They’re capable of taking this on in a way that is good for the Montrose Daily Press and Montrose, and can also save us money,” Seaton said.

Adding the Sentinel to the publications printed here should not change anything for Press readers, he said.

The Sentinel’s other realistic option was in Gypsum, through Colorado Mountain News Media. Geography was the barrier: Gypsum is situated on the opposite end of Glenwood Canyon from Grand Junction, accessible through a stretch of I-70 that closes with some regularity because of weather and accidents. Skirting around closures to reach Gypsum would add about six hours, which Seaton said is untenable.

“There’s not a nasty pass between here and Montrose. There’s no canyon. And the Sentinel distributes in Montrose, so it’s just a better situation for us all around,” Seaton said.

The change in operations means those employed in the Sentinel’s printing division will lose their jobs, although Anderson said Wick’s preference is to hire displaced workers to fill the positions being added in Montrose.

“That’s the hard part of this news,” Seaton said, referring to the layoffs. “These are dedicated pressmen who have spent a lifetime working in this industry, working here, addressing problems as they arise, making sure the paper gets out no matter what. These guys are Marines. For them to be losers in this situation is sad and unjust. I’m not at all happy about it.

“That said, we do have some financial assistance for them upon the end of printing here and some of them will have opportunities at the Montrose Daily Press if they choose to seek them.”

The massive Goss press would cost about as much to remove as its scrap value, roughly $40,000. Right now, the Sentinel is anticipating leaving it in place for its historical value. “It’s part of the story of Grand Junction and I think maybe that will stay,” said Seaton.

Although he would rather not have to end in-house printing, shifting to Montrose makes sense, he also said.

“I view Grand Junction and Montrose as wedded economically. I think this is a very natural move for us and I kind of like seeing our business stay on the Western Slope of Colorado with another family-owned newspaper company like ours, who values excellent journalism and sees a future in this industry. I’m not pleased to have to move printing out of here, but I’m pleased where it’s ending up,” Seaton said.

“We’re very appreciative of the faith Publisher Jay Seaton and his team has put in us to print and deliver a quality product for his readers,” Anderson said.

“Through this process, my appreciation for our production director, Denny Haulman, has grown, even though I’ve always known what an asset he is to our operation,” Anderson added.

“There’s no doubt in my mind that we will exceed not only the Grand Junction Sentinel’s team’s expectations, but our own already high standards. This is a tremendous opportunity for us and the Montrose community.”