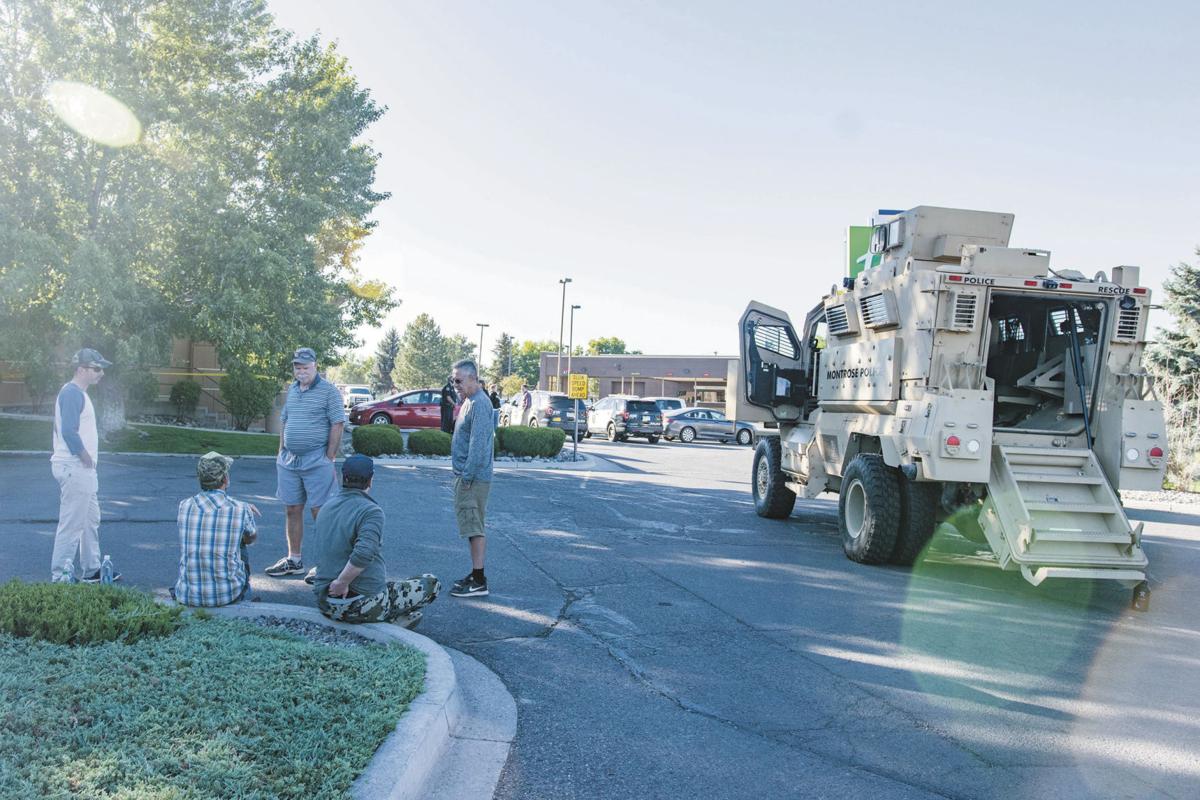 Displaced hotel guests wait near an armored vehicle during police response to an armed man inside the Holiday Inn Express in 2018. The man, Gilbert P. Garcia, was sentenced to prison Monday. 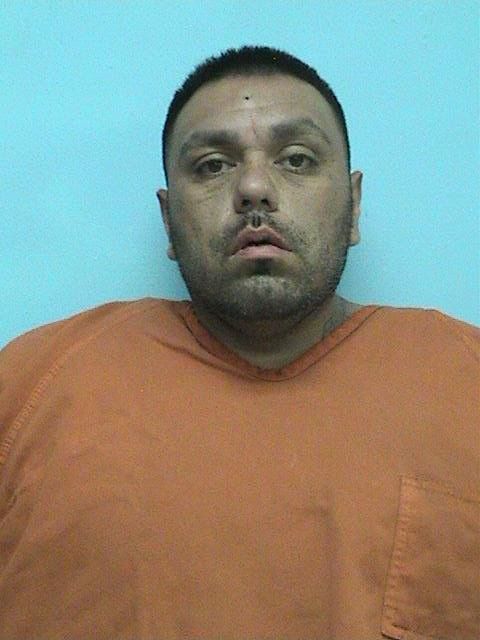 Displaced hotel guests wait near an armored vehicle during police response to an armed man inside the Holiday Inn Express in 2018. The man, Gilbert P. Garcia, was sentenced to prison Monday.

Gilbert P. Garcia “terrorized” the community when he holed up in a hotel business conference room in 2018, brandished a firearm, pointed it at an officer and was ultimately shot by police, said the judge who handed down his 17-year sentence Monday.

Garcia pleaded guilty to first-degree assault, felony menacing and to a class-1 drug felony under a stipulated agreement that called for 17 years in prison.

“I think one of both of us, and everyone on scene, was lucky to make it home that night,” Montrose Police Officer Taylor Deines said, in addressing the court.

Deines, as a sharpshooter, was responsible for helping protect the officers who responded to 911 calls at the Holiday Inn Express on Sept. 12, 2018.

Garcia, who was feeling suicidal, and was “paranoid” because of drug use, had gone to the hotel and, when refused a room, pointed a gun at hotel clerks before securing himself in the conference room.

As hotel guests evacuated, police SWAT units responded, with assistance from other agencies.

Deines entered the hotel to provide cover and also gathered intel to inform the teams.

“Things changed when Mr. Garcia pointed his firearm at me,” Deines recounted.

The officer had seconds to react, and fired, striking Garcia’s hand and also hitting his gun. Garcia’s weapon discharged, although Garcia’s attorney said the weapon had gone off and Garcia had not intended to fire it.

“I don’t think Mr. Garcia recognizes the magnitude of his actions,” Deputy District Attorney Jason Wilson said. An explanation offered in pre-sentencing documents — that although Garcia was responsible for the situation, he only intended to hurt himself, and was a drug addict — is “a disservice,” Wilson said.

Wilson said Garcia went to the hotel, with a gun and pointed it at a clerk before police even arrived. He then closed himself off in a room and pointed the weapon at Deines.

“He has accepted responsibility, but to say it was just drugs … doesn’t account for the trauma and the drama he put this community through. His choice was to put everyone in danger,” Wilson said.

Garcia’s father spoke by phone, explaining his son had been raised to behave better than he had, and that he would not have taken someone’s life.

“My son would not have pulled the trigger, because he wasn’t raised that way,” the elder Garcia said. “Unfortunately, we all make mistakes in life and my son went the wrong way somewhere.”

He said he hoped Garcia could learn from his actions.

Public defender Kori Zapletal reiterated Garcia’s position that he had not willfully fired the gun. He had been in a conference room that was encased in heavily frosted glass and could not tell, from the small opening of clear glass, that Deines was outside the room, she said.

“Mr. Garcia absolutely takes responsibility that he was under the influence and had a firearm,” she said, adding that her paranoid client was in fear of other people.

“He didn’t see Officer Deines. He wasn’t trying to shoot him,” Zapletal said. The gun, she said, went off when it was struck.

Garcia accepts responsibility for creating the risk and is cognizant that many things could have happened, Zapletal also said.

Garcia in a letter he read Monday apologized to all victims and all of Montrose County for irresponsible behavior. He said that he had not intended to harm others, but was not justifying the risk he’d created.

“I realize this should not in any way, shape or form, have occurred. … I hope and pray all involved, as well as the community will find it in their hearts to forgive,” Garcia said.

District Judge Keri Yoder was reluctant to approve a deal calling for a sentence of only 17 years and questioned Wilson about why the agreement called for that amount of time.

Garcia had pleaded to first-degree assault and is also dealing with a “significant” case in Mesa County, Wilson said. No one other than Garcia was physically hurt, an outcome Wilson called extraordinarily fortunate.

Yoder determined the plea agreement was not unconscionable in legal terms and formally accepted it, although, she said, she “struggled.”

Many people were affected, from displaced hotel guests — including an attorney appearing before her in a trial that day, who could not make it to court because of the incident — to the hotel itself, which lost business, and employees who had a gun held on them, Yoder said.

“I think 17 years is a gift to you based on your criminal history,” she said. “It’s really sad, the lack of mitigating factors that you have.”

Garcia has no stable job history, was not able to further his education beyond a general equivalency diploma and his significant substance abuse started early, the judge said.

His “forthright” admission to drug use and dealing was important, as was his apology, said Yoder.

“You really did terrorize the people of the city of Montrose. … There were a variety of innocent people staying in the hotel. This was a major incident. You are very lucky to be alive. You’re lucky that the gun you fired didn’t hurt anybody, or you could be looking at a life sentence,” she said.

However the gun happened to go off, the fact is, Garcia had hold of it, with his finger on the trigger, she said, and he had earlier chosen to brandish it at clerks.

“I hope that you are on your way to change.”

In life, every action has a reaction and Garcia must face the consequences of what he did, Deines said during his earlier statement. “I think his actions that day not only endangered myself, but our community, and the people outside of our community staying in the hotel,” he said.

Several members of the MPD command staff attended sentencing, as did Chief Blaine Hall, Sheriff Gene Lillard, who at the time of the incident was a police commander in charge of SWAT, and Undersheriff George Jackson.

“There was no doubt about it that Officer Deines did what he was trained to do. The officers know the escalation of deadly force and it was pushed upon him when he noticed that Mr. Garcia was pointing a firearm in his direction. He felt that his life was in danger and he acted appropriately and with justification,” Lillard said, after the hearing.

“We’re happy that it’s come to a conclusion,” said Hall.

“Officer Deines absolutely made the right decision and you can imagine what it takes to have to come to that decision, to have to fire a weapon at another individual. But he was right and justified in doing so and he was protecting his fellow police officer and the citizens of our community, and we support him.”