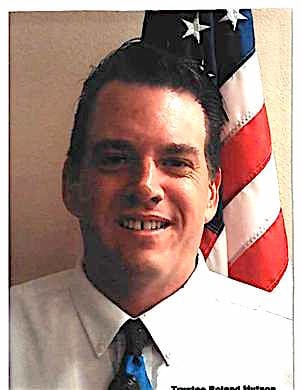 Olathe will have a new mayor in town following the results of Tuesday’s election.

Roland Hutson, a former mayor pro-tem, as well as a Town of Olathe board of trustees member, was elected mayor. Meanwhile, Gregory Davidson was voted in as a trustee.

Hutson (76 votes) beat out Jacob Foreman (53) — a board of trustees member for the last eight years — for the seat.

“It’s exciting and humbling,” Hutson said. “I’m looking forward to representing the town and people and seeing where we go from here.”

Davidson won 103 votes while Steven Gottlieb, a write-in candidate, had 16.

“It’s quite the honor,” Davidson said. “I appreciate the trust that the people have put in me. I hope I can live up to it.”

Huston, an Olathe High graduate, has a combined eight years of experience on the board of trustees. His first stint was from 2002-2006 before serving again the four past years.

He’s been a member of the Olathe Volunteer Fire Department since 2010, holding titles ranging from fire chief to captain.

Huston said his goal for Olathe is to grow the town’s economy, adding it’s been a struggle for the community for many years. Additionally, he wants to determine how to attract new residents and businesses

“We’re going through some growing pains, but we’re trying to get the town growing while still maintaining the businesses that we still have here in town,” Hutson said. “We want to keep enough business here to make the town appealing and attractive for the residents who still live here.”

Davidson has been on the board of trustees for the past year as an appointed member. He originally graduated from OHS before moving away. He moved back to Olathe in 2013 to help take care of his mother.

Although he lived in Texas and New York for several decades, Davidson said his connection to Olathe has always remained strong.

That passion led him to run for the board of trustees.

He said he hopes to continue to improve on what the board has done over the last year.

Davidson said his main mission will be to create a town that has young people who want to continue to live there and call Olathe home.

“(Olathe) is a special place,” Davidson said. “I’m very proud to be able to add my voice to the process.”