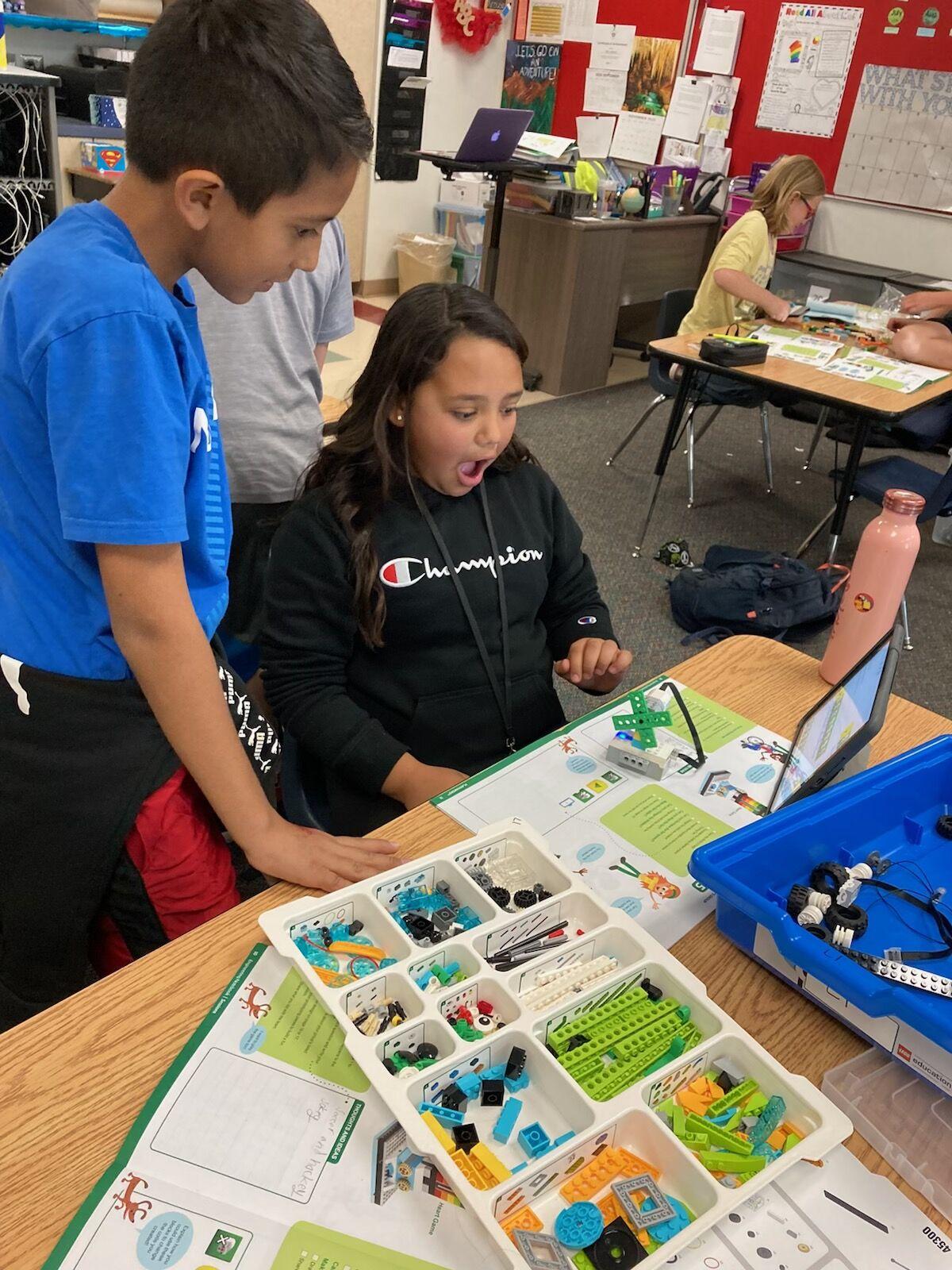 Gracey Garcia reacts to her robot responding to her coding as Anthony Provencio looks on. The activity was one of several Johnson Elementary School students completed during the week-long Hour of Code event. 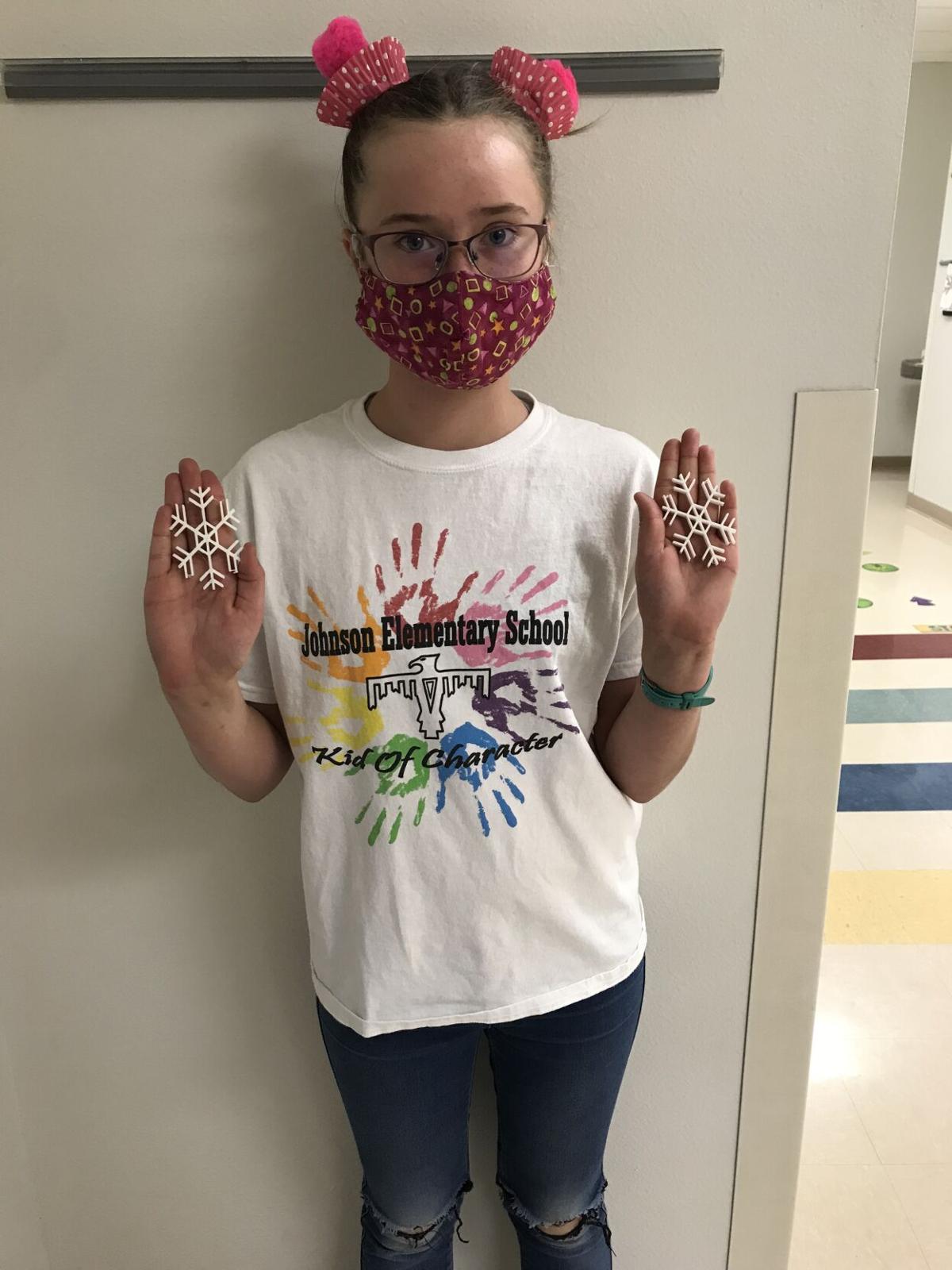 Heidi Kulbeth shows off her ornaments she coded and printed on the 3D printer as part of the Hour of Code activity at Johnson Elementary School. 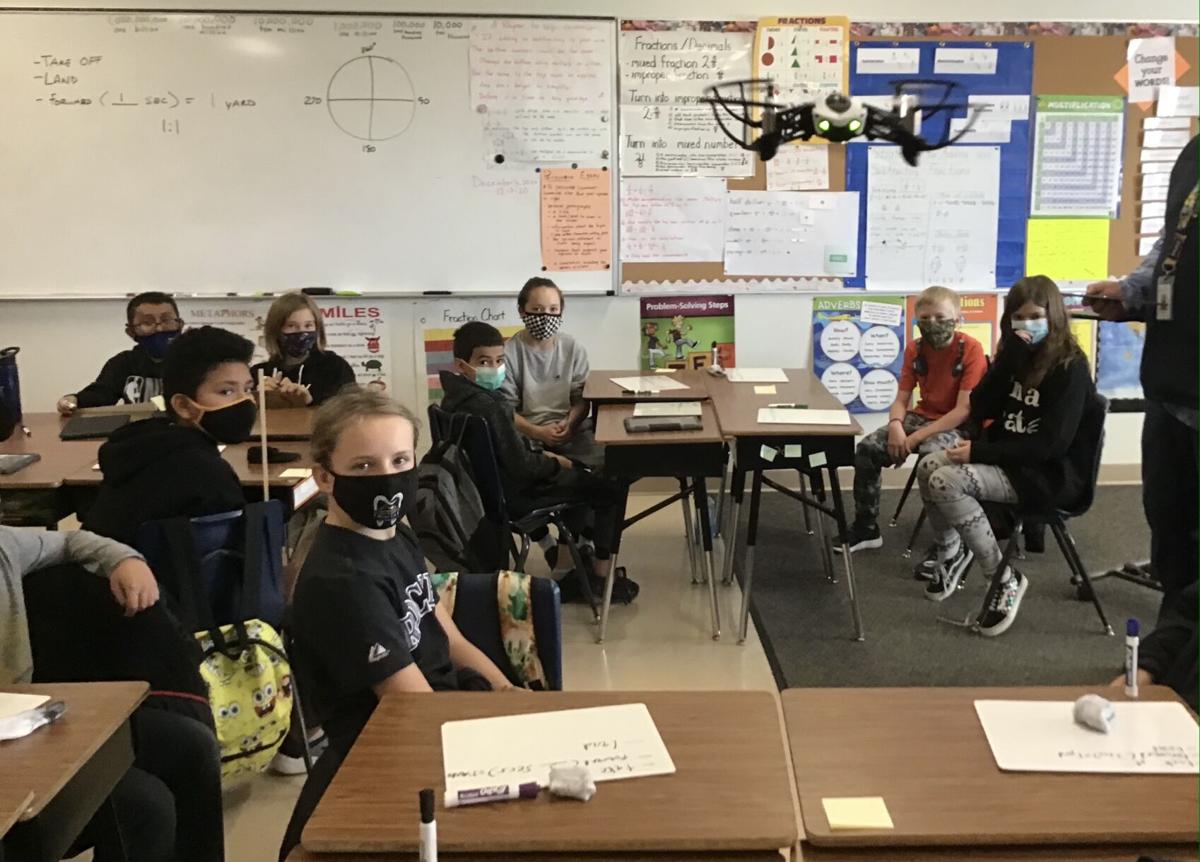 Gracey Garcia reacts to her robot responding to her coding as Anthony Provencio looks on. The activity was one of several Johnson Elementary School students completed during the week-long Hour of Code event.

Heidi Kulbeth shows off her ornaments she coded and printed on the 3D printer as part of the Hour of Code activity at Johnson Elementary School.

The week-long one-hour instruction on computer science is designed to demystify code by introducing students to learn the basics and broaden participation in the field of computer science, according to the Hour of Code website.

Kim Martin, a math intervention and STEM teacher at JES said students in kindergarten through grade five participated this year.

“They built and coded robots to get them to complete a task, used coding apps to get characters to dance and move through mazes, coded a drone to get it to jump from island to island (desks in a classroom), and even coded Christmas ornaments to print on our 3-D printer,” Martin said.

Throughout the week-long activities, students said they face challenges they must overcome, making the end result more satisfying.

“I like coding because when you get something wrong, you try it over and over,” fifth-grader Lily Lynch said. “You keep trying then it finally moves and does what you want it to and you’re happy.”

Fifth-grader Brandon Gonzalez also enjoyed participating in the coding activities because “it helps me learn from my mistakes and you can meet your goals and make something cool happen.”

While developing problem-solving skills, creativity and logic to address various scenarios, students also get to interact with other students in schools around the globe.

“Every student in the school had multiple opportunities to code in different ways,” Martin said. “The kids are excited and love the experience of participating in Hour of Code and I love that we are participating with other schools around the globe.”

Even though the Hour of Code is only a week, Martin hopes it gets students excited about coding from a young age, so they are interested to learn more throughout their education.

“I want them to realize that coding runs the things we use daily — the apps we use, the video games they play, the machines we use,” she said. “Coding opens doors to many careers and is a skill that is in high demand.”

JES hosted one of over 68,000 events in over 180 countries during this year’s Hours of Code event.

Although one hour is not enough time to become an expert computer scientist, the goal is to make it accessible for all students through fun and creative activities, the Hour of Code website states.