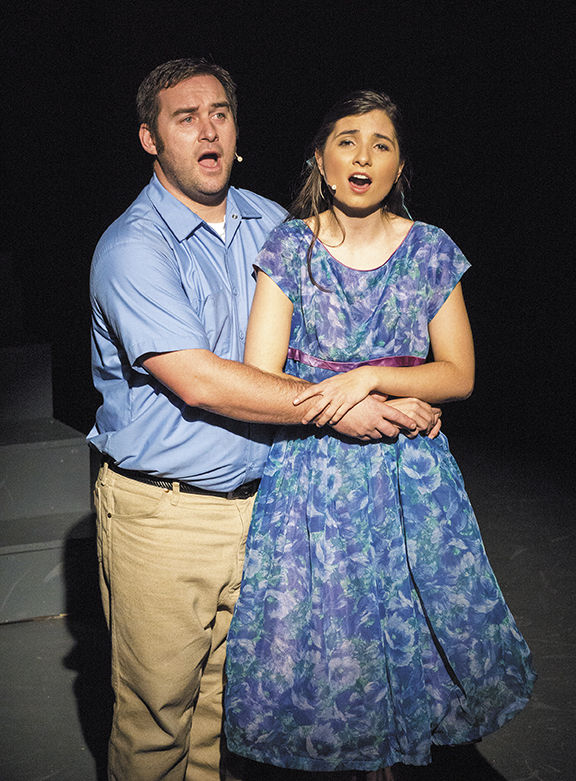 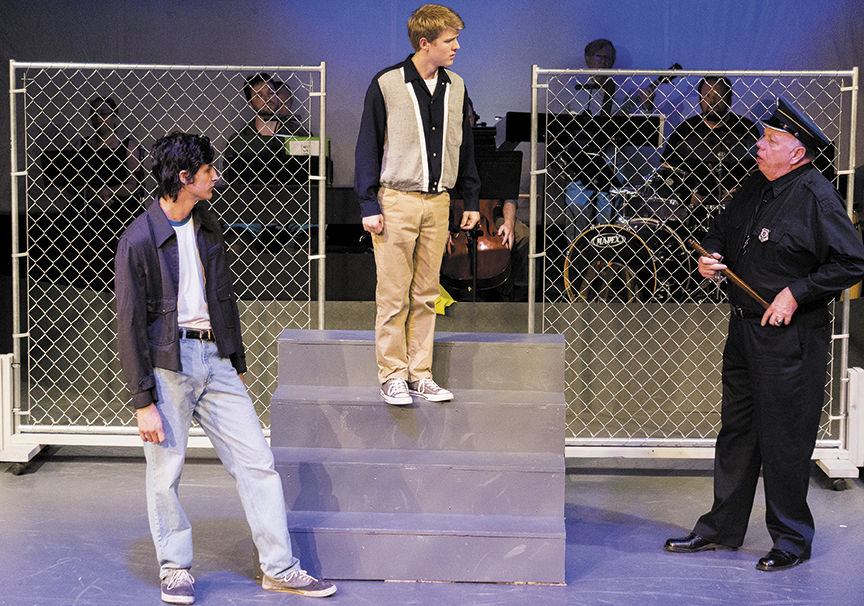 Ty Hostetler, left, as A-Rab, Adam White as Baby John and Bob Sorrell as Officer Krupke perform a scene during a recent dress rehearsal for the Magic Circle Players production of “West Side Story,” playing every weekend in November. (Paul Hurschmann/Montrose Daily Press)

Ty Hostetler, left, as A-Rab, Adam White as Baby John and Bob Sorrell as Officer Krupke perform a scene during a recent dress rehearsal for the Magic Circle Players production of “West Side Story,” playing every weekend in November. (Paul Hurschmann/Montrose Daily Press)

Seventeen days before its opening, the cast and crew of Magic Circle Players’ “West Side Story” had to make huge adjustments.

“Three weeks ago, due to unexpected circumstances, our director had to step away from directing this show,” said Lisa Rediger, Magic Circle Theatre manager, who will now direct the show. “I took over this show because the director is my friend, my children are in the show and I believe in the impact of live theater. ‘West Side Story’ was her vision. She put in months of hours to make a dream, reality. She gathered a team of the best: a musical director, vocal coach, a choreographer and an entire band. A talented and dedicated cast came on board and our ‘West Side Story’ was birthed.”

Adding a new director was a significant change, but as they say, the show must go on.

“They took a deep breath and kept moving forward without missing a beat,” she said of the group. “They have invested hours in this show and rehearsed almost every night for the last three weeks. I have the deepest admiration, respect and affection for this cast and crew!”

The Broadway play — based on a conception of Jerome Robbins, won the Tony Award for Best Musical in the late 1950s. The film version later won 10 Academy Awards (11 nominations), including best picture (1962).

Rediger said it has been a privilege and joy to bring this cast and production to opening night.

“‘West Side Story’ is about love, hate and the power to effect change. Revolution isn't painless; it's gritty and messy and ugly. This is the story of those who emerge from pain and prejudice to forge a new way of hope,” she said. “This cast and crew have given tirelessly of their time, energy and talent. We have a wonderful mix of experienced actors, first-time performers, teenagers, retirees, a teacher, a writer, dancers, bankers, siblings, spouses and an entire band of professional musicians.”

The play opens Friday, Nov. 3, with performances each weekend through November: 7:30 p.m. on Fridays and Saturdays; and Sunday matinees (2 p.m.). Tickets may be purchased online at MagicCirclePlayers.com or at the box office from 2 - 5 p.m Tuesday through Thursday, and two hours prior to each show. Ticket prices are $20 for adults, $17 for seniors (over 60) and $15 for children (under 18).

Paul Hurschmann is the photojournalist for the Montrose Daily Press. He has more than 20 years of experience in the business, including six with The Associated Press.