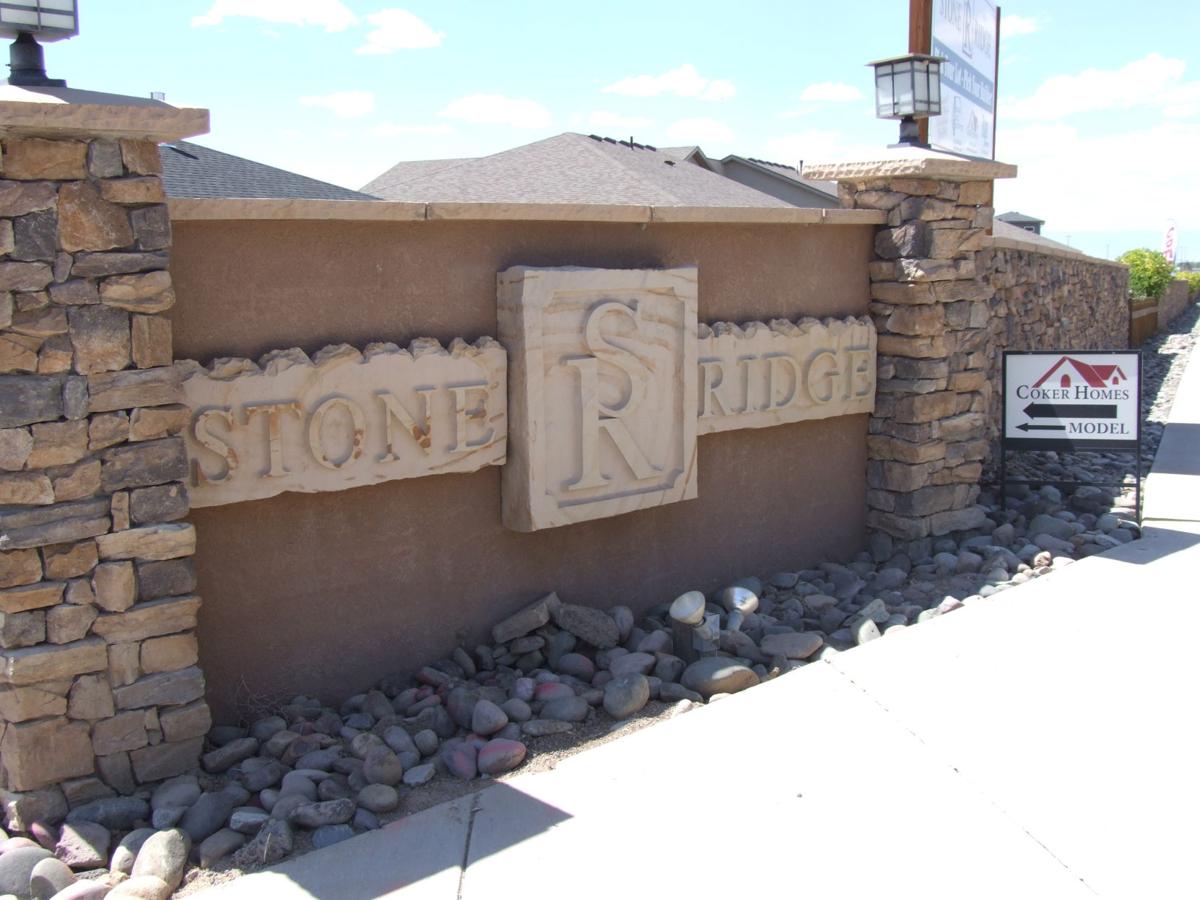 The Estates at Stone Ridge is a development located near the Otter Pond neighborhood. City council voted to approve a rezoning request from the developer that would move the area from an R-2 Low Density District to an R-3 Medium Density District. 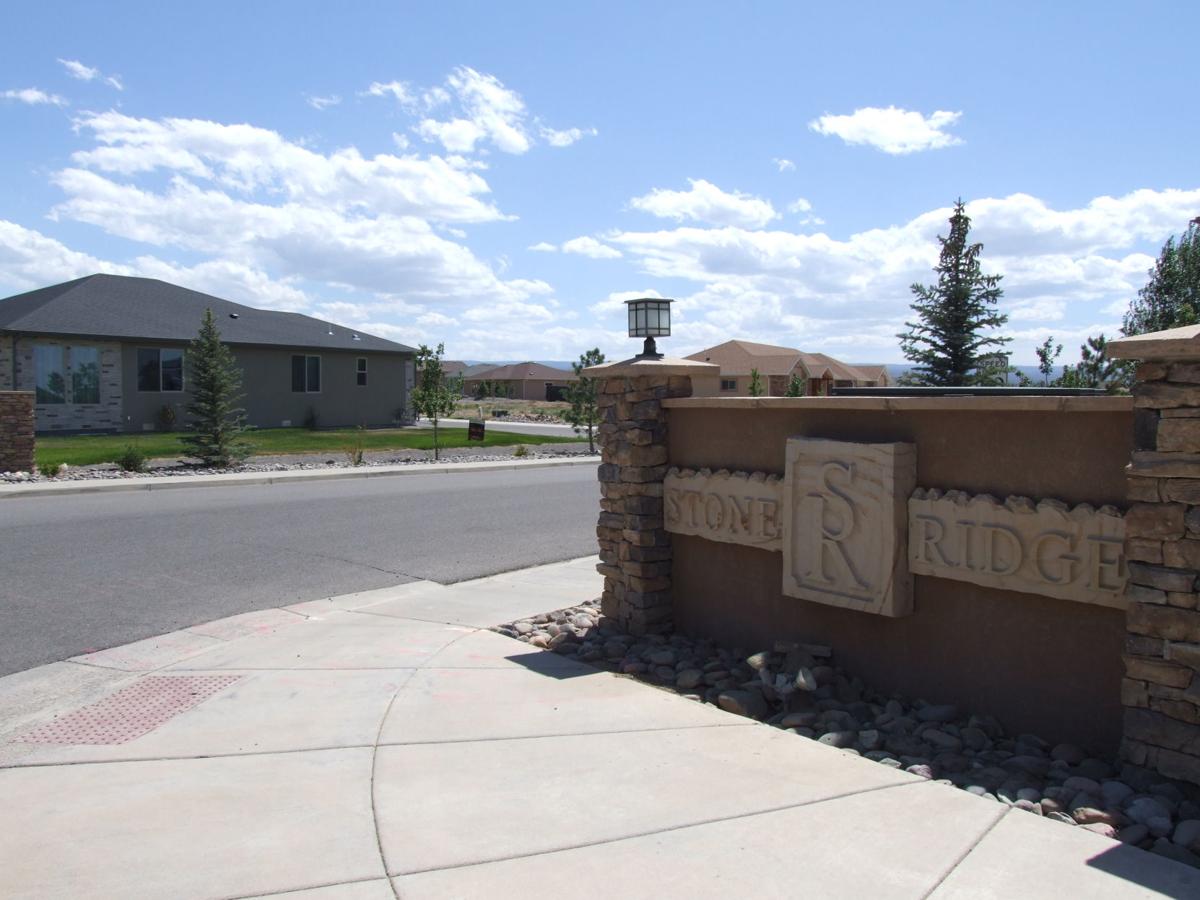 In the Stone Ridge development, 43 homes are either under construction or sold, with 57 left to construct. Developer David Coker hopes to continue building at a rate of 20 to 25 homes per year.

The Estates at Stone Ridge is a development located near the Otter Pond neighborhood. City council voted to approve a rezoning request from the developer that would move the area from an R-2 Low Density District to an R-3 Medium Density District.

In the Stone Ridge development, 43 homes are either under construction or sold, with 57 left to construct. Developer David Coker hopes to continue building at a rate of 20 to 25 homes per year.

Montrose City Council approved a request from David Coker to rezone Lots 1 through 10, 13, 15 through 28 and 36 through 56 in The Estates at Stone Ridge from an R-2 Low Density District to an R-3 Medium Density District.

The surrounding lots in the development are zoned R-3, and Coker requested the rezoning in order to maintain consistency throughout the development. An R-3 District allows both single-family homes and duplexes as a use by right.

Residents of nearby neighborhoods expressed concern about the increase in traffic that would result from allowing duplexes rather than single-family homes in the lots.

David Beard, commenting as a resident of the nearby Otter Pond community, said that he was concerned about the implications of rezoning due to the lack of a “compelling reason to make the change,” stating that with the square footage and setbacks of an R-2 District, Coker would still be able to meet his goals without the potential of added traffic to the area.

“I believe that with some additional architectural input and considering what he has constructed or is currently building, Mr. Coker could easily achieve his goals within the R-2 guidelines,” Beard said. “Continuity of appearance should be maintained in not only The Estates at Stone Ridge but with the surrounding area developments without creating the potential to increase density, especially in front of a school.”

A traffic analysis that took place last week was presented, and concluded that Woodgate is currently at 23 percent capacity with peak hour traffic at 300 vehicles per hour. For each 50 units constructed, City Engineer Scott Murphy estimated it would add another 4.5 percent onto the road’s capacity.

Becky Waugh, another resident of the Otter Pond area, emphasized her concern about the increased traffic near Cottonwood Elementary School, stating that the traffic analysis presented at the meeting was not representative of normal circumstances due to the pandemic shutdown and school closures.

“The portion of Stone Ridge which was zoned R-3 is north of the school, and thus most of the traffic from those homes will not pass the school as residents enter or exit the northern end of Ridgeline Road,” Waugh stated. “Why would the city council sanction the possibility of additional traffic passing Cottonwood School and thus further exacerbate an already serious traffic problem that consistently occurs twice a day when school is in session?”

Chris Shima, speaking as a schoolteacher, agreed with his neighbors that he fully supported the growth of the development and that he understood Coker’s intent was to build one dwelling on one lot. However, he said that there is always the possibility of the land changing hands, and that another developer might not have the same intentions and use the R-3 zoning to build one duplex in each lot, thus increasing the number of dwellings and the flow of traffic past the school.

“We all know that we can’t predict the future. Economic situations change, plans change, land changes hands to different developers,” Shima said. “We’ve shown the R-3 will not give Mr. Coker any additional space. There is no compelling reason to change the zoning; if anything, it will bring possible consequences that we don’t have versus if we left it the way that it is.”

Coker said that at the time of purchasing the lots, he was unaware that the zoning did not match between the two areas and wishes to continue to develop duplexes, which he said there is a demand for. The duplexes take up two lots, with one dwelling unit on each lot and the two connected at the garage. Coker said that in order to connect the garages, he needed the setbacks of an R-3 zoning.

“It was an oversight on our part, but once we realized there was a market for the connected at the garage [duplexes], that’s what we wanted to pursue,” Coker said. “That was our whole intent all along, to be allowed to build duplexes. …We’re not interested in changing the dynamics. We have clients that want that duplex scenario, and we’re structured to do it in a duplex setting.”

He emphasized that the duplexes were aimed at residents who would need things like yard work and snow removal taken care of for them, and that he hopes to build duplexes on 10 of the lots, with each of the units on their own lot.

Council member Dave Bowman emphasized that the need for housing in Montrose called for creative solutions, and that the ability to build duplexes could make housing units in Stone Ridge more accessible to the community.

City Council voted to accept the Planning Commission recommendation and approve the rezoning request. Coker said that in the Stone Ridge development, 43 homes are either under construction or sold, with 57 left to construct. He hopes to continue building at a rate of 20 to 25 homes per year.