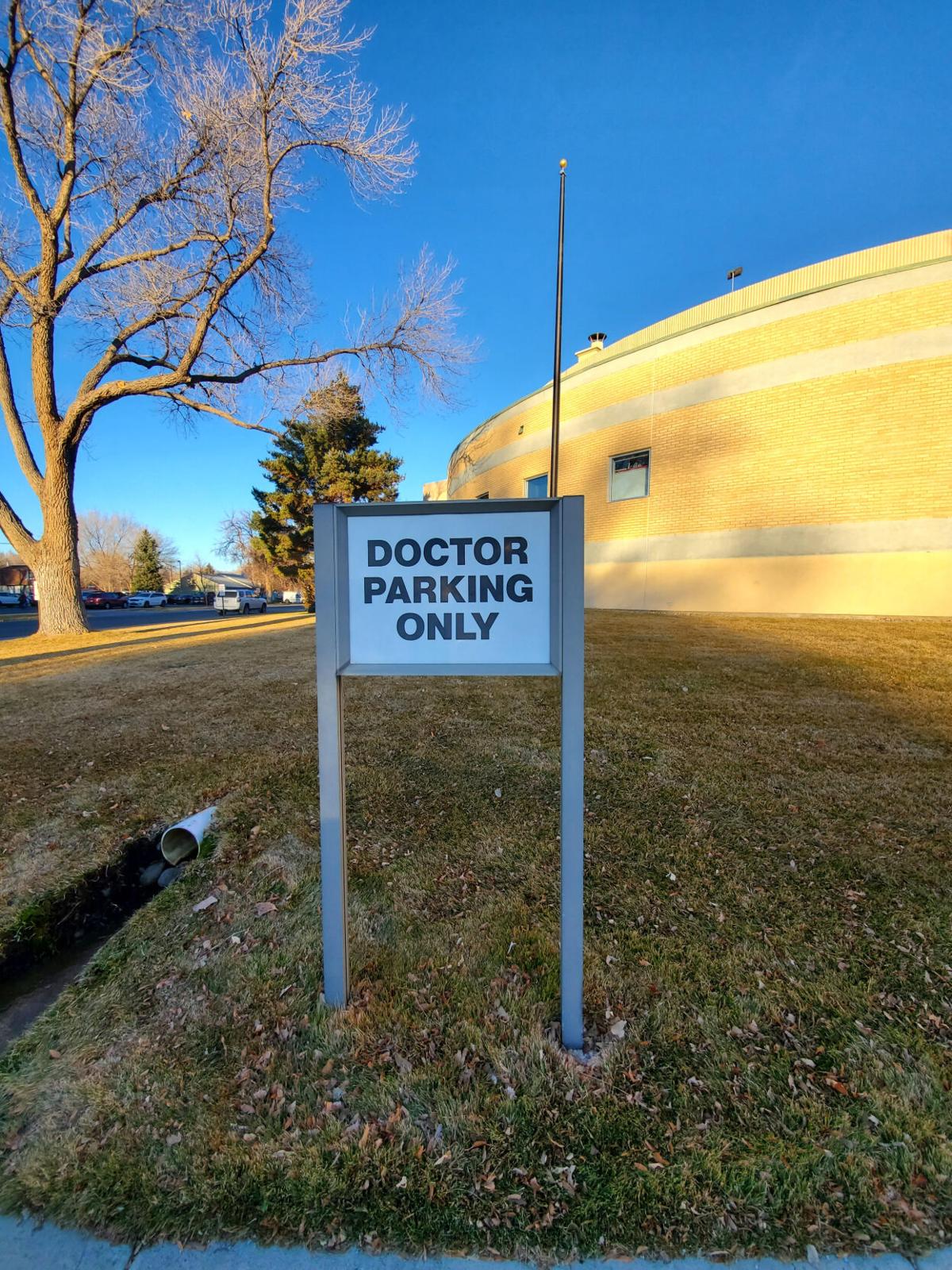 Montrose Memorial Hospital grounds on Dec. 2. As COVID-19 cases grow, so does concern about stress on hospital resources. 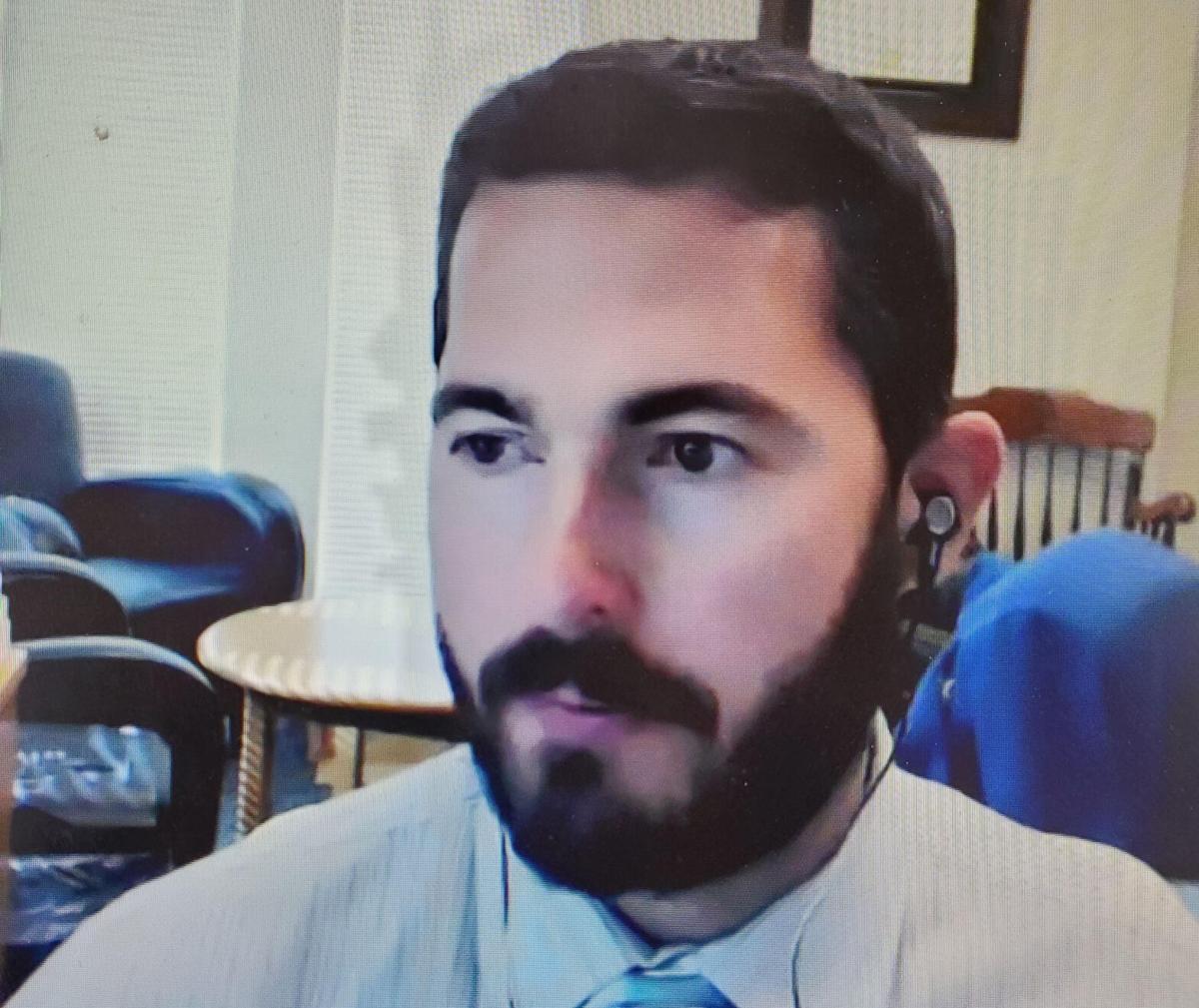 Dr. Joe Adragna, pandemic specialist for Montrose County, during a Zoom meeting with the board of public health in late November. 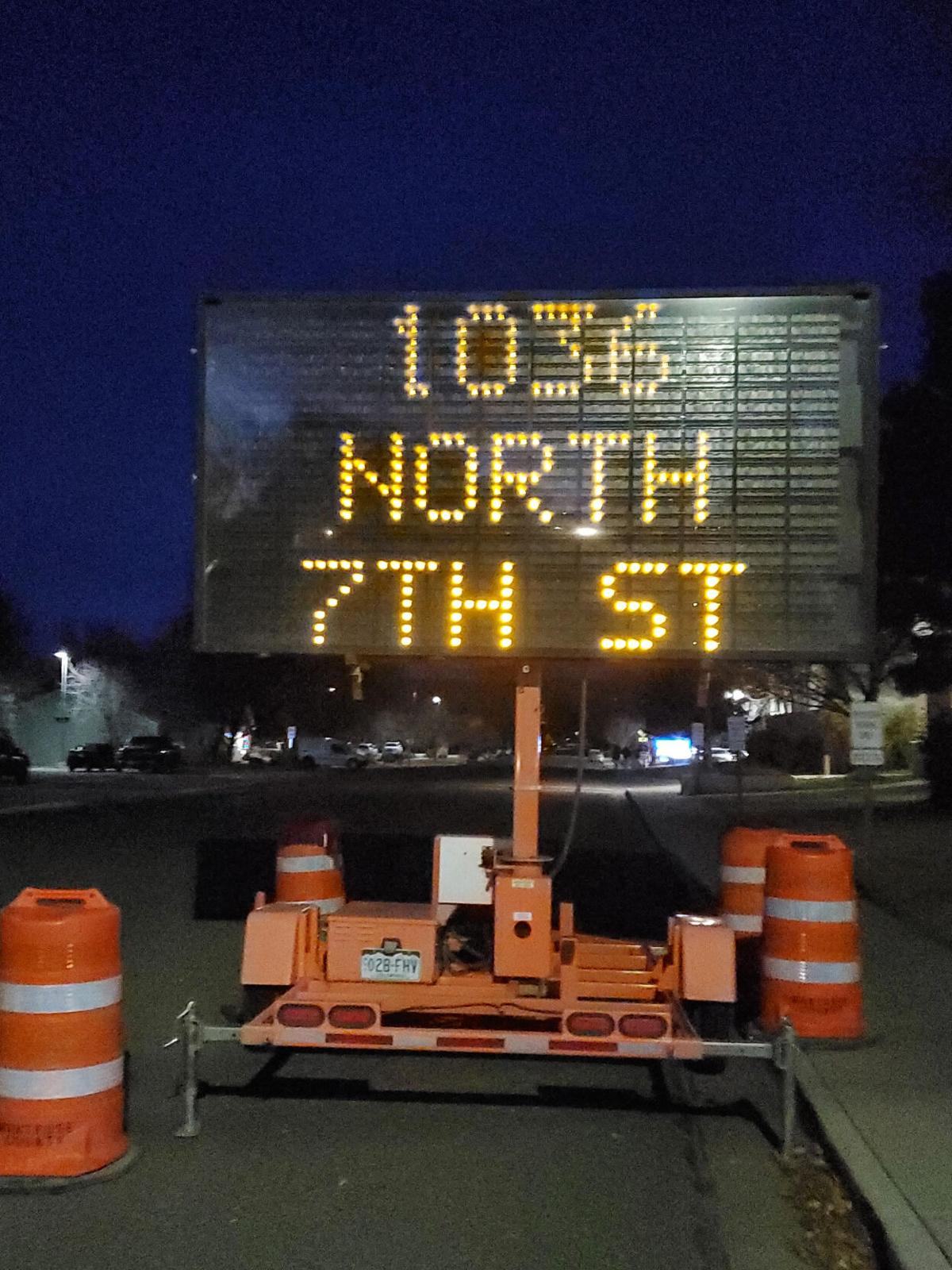 An electronic sign outside of Montrose Memorial Hospital directs people to the current COVID-19 testing site at the Montrose County Fairgrounds.

Montrose Memorial Hospital grounds on Dec. 2. As COVID-19 cases grow, so does concern about stress on hospital resources.

Dr. Joe Adragna, pandemic specialist for Montrose County, during a Zoom meeting with the board of public health in late November.

An electronic sign outside of Montrose Memorial Hospital directs people to the current COVID-19 testing site at the Montrose County Fairgrounds.

Months into the COVID-19 pandemic, and deep into a public awareness campaign, health experts had hoped to see consistent mask-use and social distancing to reduce spread of the viral illness.

Instead, Montrose County’s data indicate a marked plunge in metrics like social distancing — and an upswing in positive cases, including two more COVID deaths, for a total of 17. In a five-day period between Nov. 25 and Nov. 30, the number of positive tests recorded rose 167. The daily case change was 55 between Tuesday and Wednesday. The most recent two-week positivity rate is nearly 16%, enough to place the county into level red, or severe, on the state’s dial framework, although for now, the county remains a click down from that, at level orange — high risk.

With hospitalization rates and the toll that projected increases in COVID patients will take on medical workers, Dr. Joe Adragna is worried.

The Domo coronavirus tracker system uses mobile device location data to show how much time those who voluntarily sign up for its tracing apps spend at their homes.

The program uses January as a baseline of 0%, since there were not pandemic restrictions in place then. A person might have spent six hours outside of the home, while during the first wave, time outside the home dropped to three hours, Adragna said, in offering an example. That would be considered 50% “social distancing.”

During Colorado’s stay-at-home orders, Montrose County peaked at 68% social distancing, indicating a significant increase in the amount of times people were staying home.

But in October, the drop was precipitous — it fell to 0%.

“I think that was the anticipation of Halloween and activities that surrounded it. Once you introduce that lack of control of cases, then it just grows from there,” Adragna said.

The indication is that more people reverted to pre-pandemic behavior. In mid-October, the county’s “reproductive” numbers — the number of people infected for every one case of COVID — crept up from 1.33 to 1.44 and, eventually, to 1.55. At first, the growth in such cases over time was slow, but after about Oct. 15, growth per day increased. Even a small change in reproductive numbers makes a big difference in possible cases of COVID, Adragna explained.

Looking at November, there appears to have been some increase in the amount of time people are spending at home, but that is hard to measure because of the Thanksgiving holiday, he also said.

“We know people are going to be at home more, but the question is, are you at home by yourself, or with other people? I fear gatherings are the largest source of community spread.”

Test numbers may not reflect rates of actual infection

Looking at the test results, Montrose County might not seem to be that poorly positioned: There were at last report 1,160 confirmed cases and of 17,228 tests conducted, 15,587 came back negative. But testing in and of itself cannot demonstrate how many people may actually have contracted the virus.

Using a model based on Montrose Memorial Hospital’s service area, 6,182 people are estimated to have or to have had COVID, Adragna said.

“We have a disease where 85% (of those afflicted) have no symptoms or mild symptoms. We can’t expect a test-based intervention system will (prevent COVID),” he said.

The current model suggests there are more than 900 people with COVID in the hospital’s service area, Adragna also said.

“If we continued at the rate we’re going, in January, we may get to the level where 2,100 people are infected at one time,” he said.

“I am absolutely concerned about the increase in cases. That being said, our prevention-first strategy has not changed.”

That’s mask use, hand hygiene, isolating if exposed and staying home if ill, even if symptoms are mild or may be something other than COVID. The latter is all the more reason to line up a primary care provider — many other ailments have treatments available.

Adragna said he fears people instead rely too much on the test, but there are false negatives, even among people with symptoms, and health care providers may, based on individual patient assessment, diagnose COVID.

Staying home 14 days, even after a negative test, is imperative, Adragna said, although he is expecting new guidance from the Centers for Disease Control and Prevention to reduce the quarantine length for those with negative tests. He also said, however, that the CDC may be shortening recommended quarantine periods in hopes people will be more willing or able to adhere to these than the current periods.

With respect to exposure, Montrose County’s recommendations extend to COVID-positive people and “direct exposures” — people who came directly into primary contact with them.

As an example, Adragna said someone who was exposed to a COVID-positive coworker has what is considered a “direct exposure.” That person’s roommate or family member would not be considered exposed, unless the direct-exposed person was subsequently diagnosed with COVID.

“We only go one layer deep on the onion,” Adragna said.

Those in demographics that tend to fare better, such as younger people, can still spread the disease to high-risk populations. Still, he’s seen pressure elsewhere to reduce restrictions on younger people on the assumption it could lead to quicker herd immunity; he said he does not support that idea.

“I still worry about young people bringing it into high-risk or a congregate care site. We all need to stay committed” to prevention measures, he said.

“We all have a role to play in fighting this pandemic.”

The community needs to brace itself for a high census of COVID patients at the hospital, Adragna said.

“The hospital is very busy,” MMH spokeswoman Leann Tobin said Wednesday. “At 6 this morning, we had 31 patients in the hospital and 11 of those had COVID with an additional patient who is a person under suspicion for COVID.”

The hospital is close to moving to the second tier of its surge plan, but is not at surge capacity yet. The patient census changes frequently, as people are admitted or discharged.

Protect those most at risk, and you protect the hospital, Adragna said.

“It’s important we know this is going to get worse,” he said. Based on some of the modeling, the doctor said it is possible 20 or more COVID patients could come into the hospital at one time, generating fear and anger.

“I think that’s going to be a test for the community,” Adragna said.

Medical staff is working hard to avoid that scenario and people should be willing to do their part, he added.

“We need to show them our support as a community. It’s hard work and they’re doing it every single day. One of the more responsible things we can do is slow the spread.”

With two companies having announced COVID-19 vaccines in recent weeks, with some emergency approval, it is possible Montrose could see vaccinations begin at month’s end, Dr. Joe Adragna said.

Montrose County Public Health, Montrose Memorial Hospital and the state are working together and are “ready” to roll out vaccines to in- and outpatient care providers, assisted living center staff, home health workers, and others deemed as priority recipients.

When supply levels grow, the vaccine would be extended to first responders and residents of long-term care, Adragna said.

He also said he is hopeful that, in coming months, immunity levels will grow, reducing the risk of large-scale outbreaks and that at some point, enough people will have recovered or been vaccinated that the health care and at-risk communities can feel more secure.