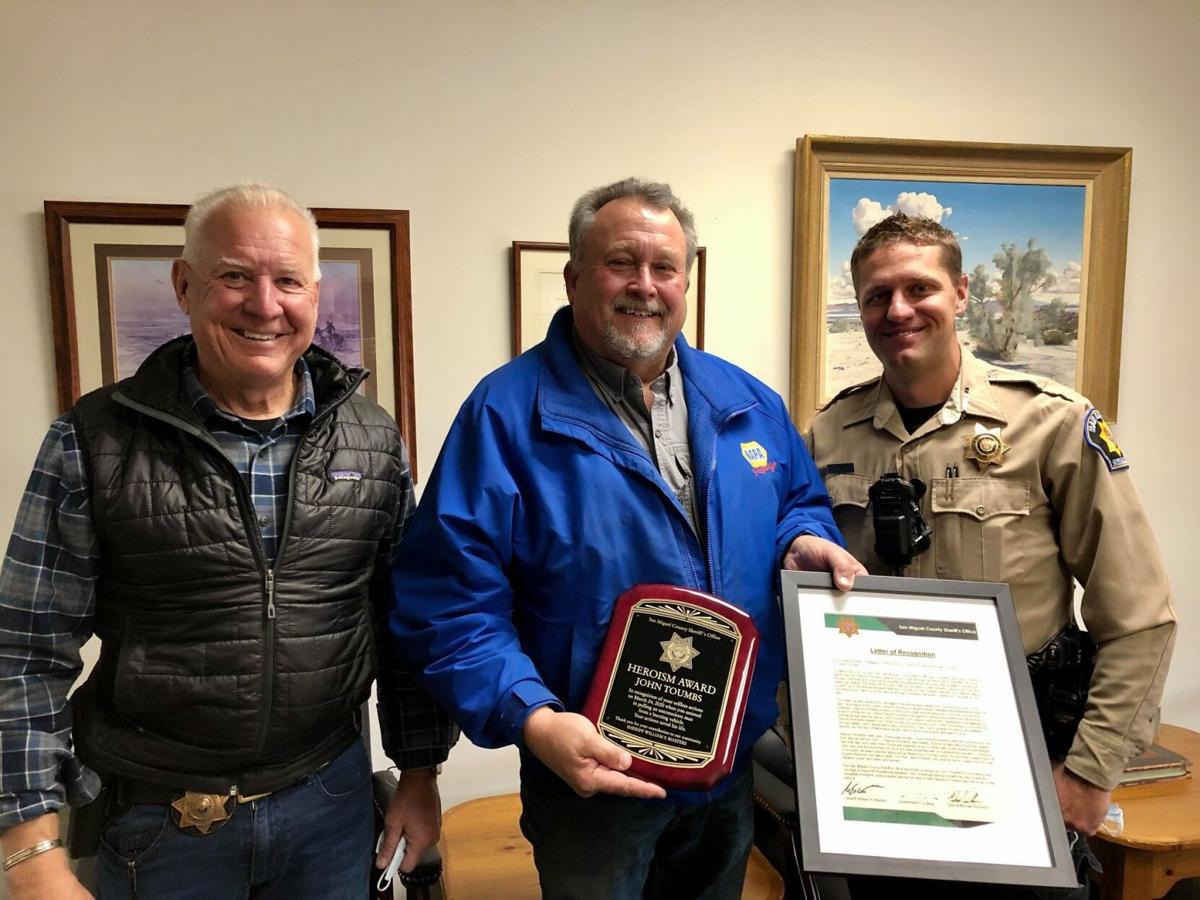 From left, San Miguel County Sheriff Bill Masters, John Toumbs of Montrose and Deputy Michael Donnellon, on Nov. 12, when Toumbs was presented with the agency's Heroism Award for helping save a man from a burning vehicle in March. 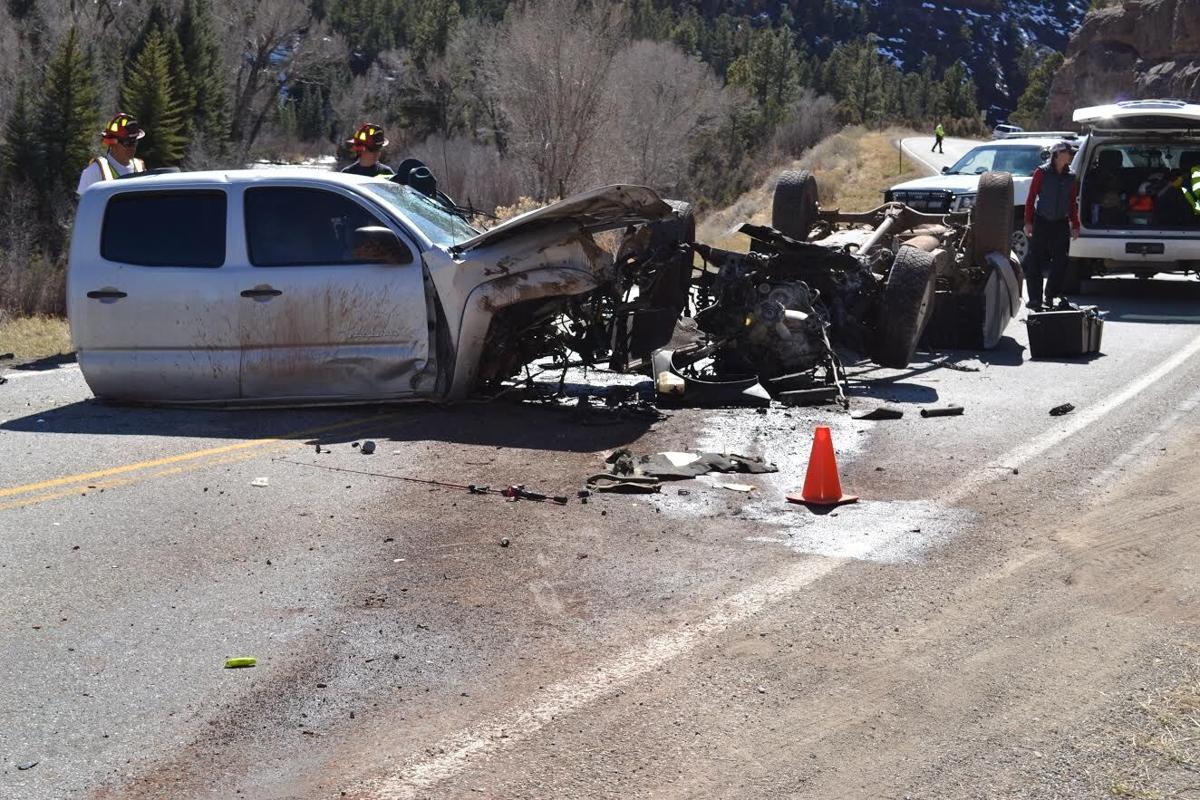 The wreckage of truck, partially burned and separated from its frame, on Colorado 145 in March. John Toumbs of Montrose helped save the driver's life.

From left, San Miguel County Sheriff Bill Masters, John Toumbs of Montrose and Deputy Michael Donnellon, on Nov. 12, when Toumbs was presented with the agency's Heroism Award for helping save a man from a burning vehicle in March.

The wreckage of truck, partially burned and separated from its frame, on Colorado 145 in March. John Toumbs of Montrose helped save the driver's life.

When John Toumbs rounded the bend on Colorado 145 back in March, he did not expect to see a crashed truck, so severely damaged that the cab had separated from the frame, and on fire. He also did not expect its driver to be alive, but the man survived and the San Miguel County Sheriff’s Office credits Toumbs’ quick action in helping a deputy pull the driver from the burning vehicle.

The agency last week presented Toumbs, a Montrose resident who works as an outside sales representative for Napa Auto Parts, with its Heroism Award.

“I was kind of freaking out for a bit,” Toumbs said, in recounting coming across the wreckage March 24. “I couldn’t figure out what was happening. The truck had separated from the frame. There was a guy inside. We drug him out through the window.”

Toumbs said San Miguel County Deputy Michael Donnellon arrived on the scene at about the same time and was trying to break the side window, so he jumped out and helped.

The man was tangled up in his seat belt and that, along with the broken steering column, made getting him out difficult.

“Someone must have been watching out for this guy, because the next person up the canyon was a retired EMT with a go-bag. She jumped right in,” Toumbs said. He also said another person stopped and helped put out the fire.

Toumbs said the SMCSO recently informed him the injured man had survived and was released from the hospital.

“It all happened so fast and then it worked out so well. I didn’t know what to expect, but I’m glad it turned out the way it did,” he said.

Sheriff Bill Masters said the truck’s driver was apparently going too fast and became trapped in the wreckage.

“He (Toumbs) immediately jumped in and helped, and at great risk of being burned or worse, and was able to get the fellow out of the vehicle, away from the fire,” Masters said. “He deserved that award.”

Toumbs said he was honored to receive the award, but had not expected one.

“I don’t look at myself as a hero. I just looked at it as helping someone who needed helped,” he said.

“It was good to be recognized, but those guys (law enforcement and first responders) keep everyone safe. That’s why I was surprised they would recognize me that way.”