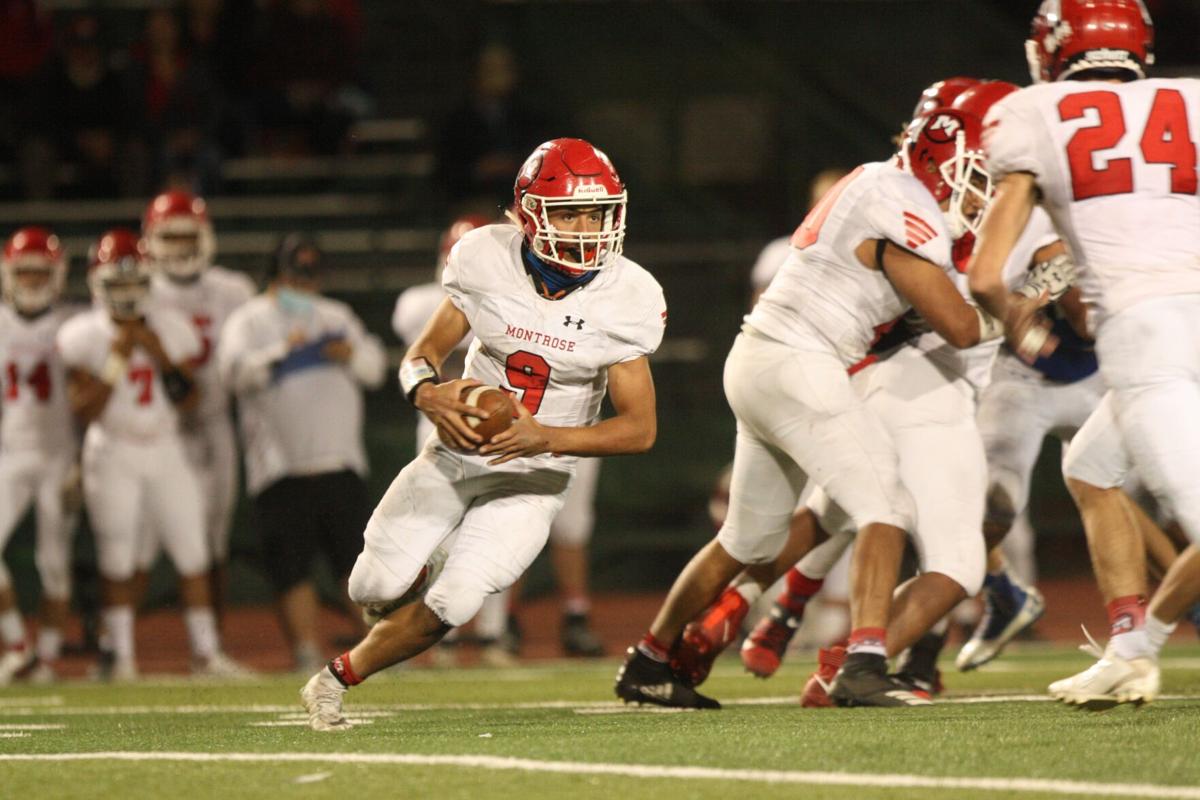 Quarterback Keagan Goodwin scrambles to his right during a game against Fruita in Grand Junction on Friday, Oct. 16, 2020. (Josue Perez/Montrose Daily Press) 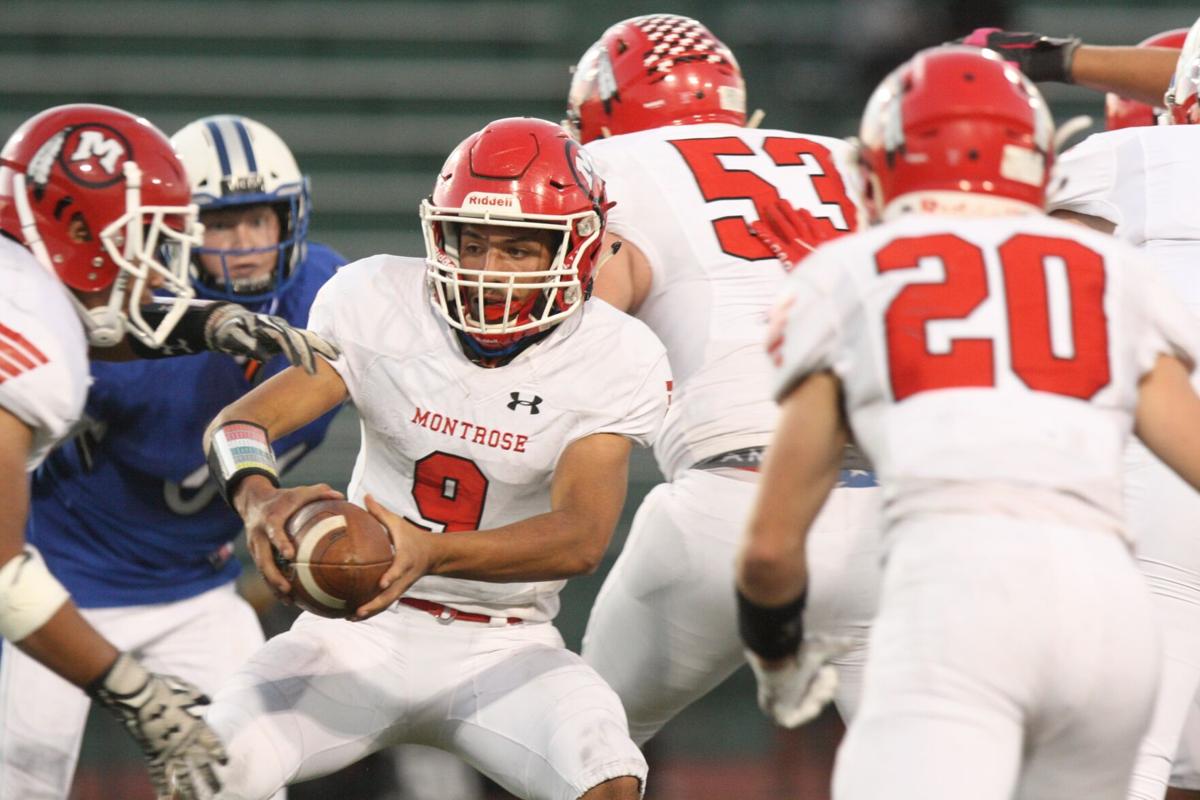 Quarterback Keagan Goodwin scrambles to his right during a game against Fruita in Grand Junction on Friday, Oct. 16, 2020. (Josue Perez/Montrose Daily Press)

The Montrose Indians will get a chance to make some noise in this year’s 4A state playoffs.

Montrose was named the eighth seed in the eight-team bracket and will play No. 1 seed Dakota Ridge (6-0) on Saturday at Englewood High School at 3 p.m., according to details in the CHSAA bracket.

“We were just hoping to get in,” Montrose coach Brett Mertens said on Monday. “We didn’t really care what seed we got. We just wanted a chance to compete — we got that chance so that was pretty exciting.”

The Indians moved to 4-2 (3-2 in league play, good for third in the standings) with their win against Grand Junction Central Friday night. With a smaller playoff bracket this season after modifications were made due to the pandemic, it was uncertain if the Indians would be selected considering they had two losses, but the team had some favorable numbers in the seeding index.

Montrose had one of the tougher schedules among 4A teams, but the Indians picked up a pair of wins to start the season against tough opponents in Chatfield and Fruita. Montrose defeated Grand Junction, but followed with two straight losses on the road against Palmer Ridge and Ponderosa, though the games were competitive, an aspect that played favorably into Montrose’s playoff hopes.

“Our league was really, really tough,” Mertens said. “Palmer Ridge and Ponderosa are two and three in the whole state. In my opinion, Fruita deserved to be a playoff team, too ... there were just a ton of good teams in our league and that definitely paid off in terms of having a good strength of schedule.”

The final football coaches poll had Montrose 10th in 4A, behind Brighton and Pine Creek.

The Indians are just one of two teams with two losses that made the cut. Pine Creek (2-2) is the seventh seed.

It’s the fourth straight playoff appearance for the Indians, all under Mertens.

To get an idea how close it was for Montrose to make the tighter playoff window, the Indians’ final rating in the seeding index was .009 ahead of No. 9 Brighton (5-1). (The seeding index uses four sources of data: CHSAANow coaches poll, CHSAA RPI, MaxPreps rankings and Packard rankings.)

The Eagles’ leading rusher is senior Charlie Offerdahl with 428 yards and 11 touchdowns on 37 carries. Ben Gultig and Noah Triplett have also received the bulk of the carries.

The success is similar through the air as Gultig has passed for 920 yards and 14 touchdowns.

“They’ve been blowing out pretty much everybody they’ve played all year, so there’s a reason they’re the No. 1 seed,” Mertens said. “But we think we got a good shot. There’s a lot of good football teams in 4A this year, and I think we’re one of them.

“It’s going to be a dogfight all the way through, no matter where you’re seeded.”

To learn more about the seeding process or view the full bracket, head to chsaa.org.