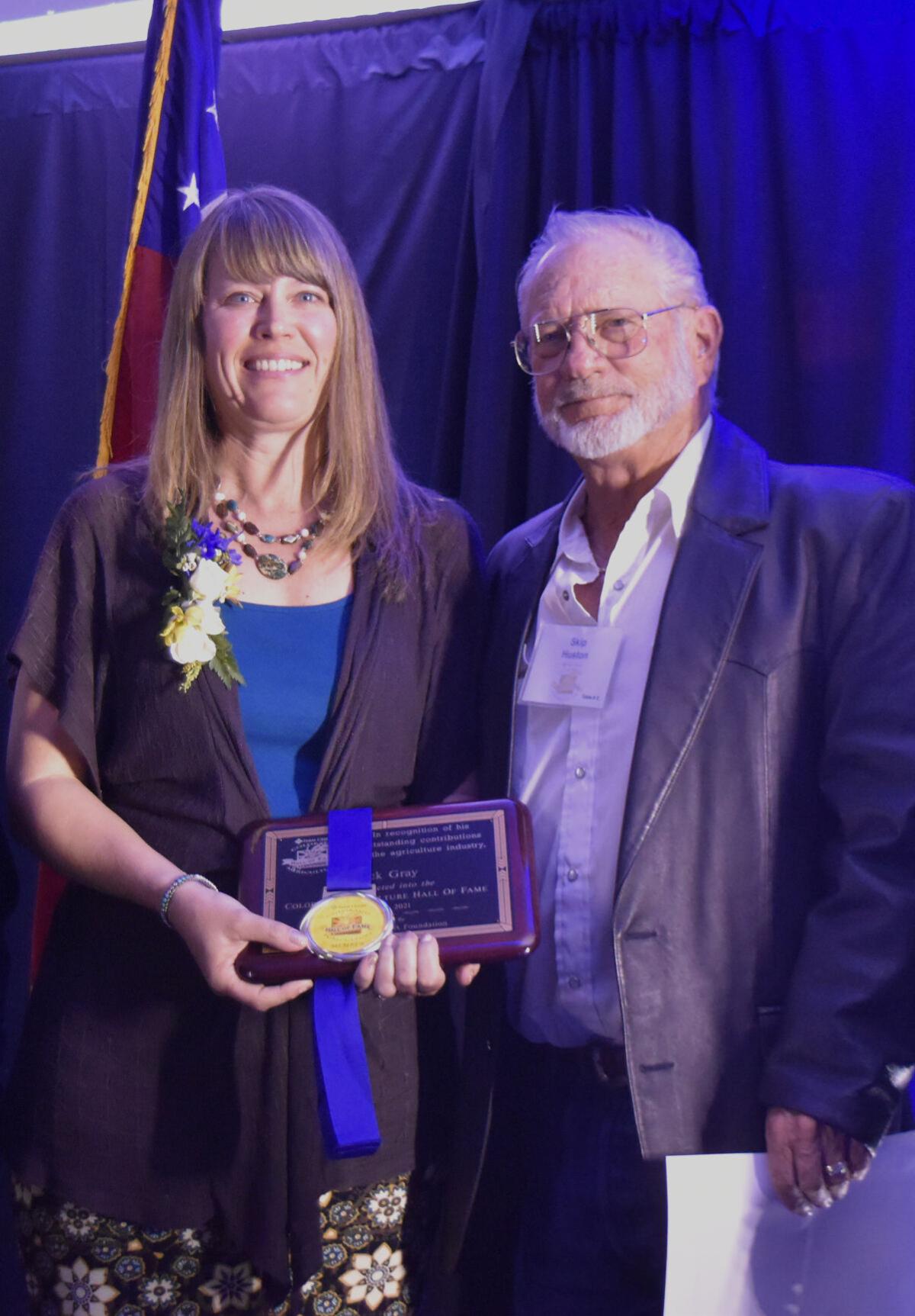 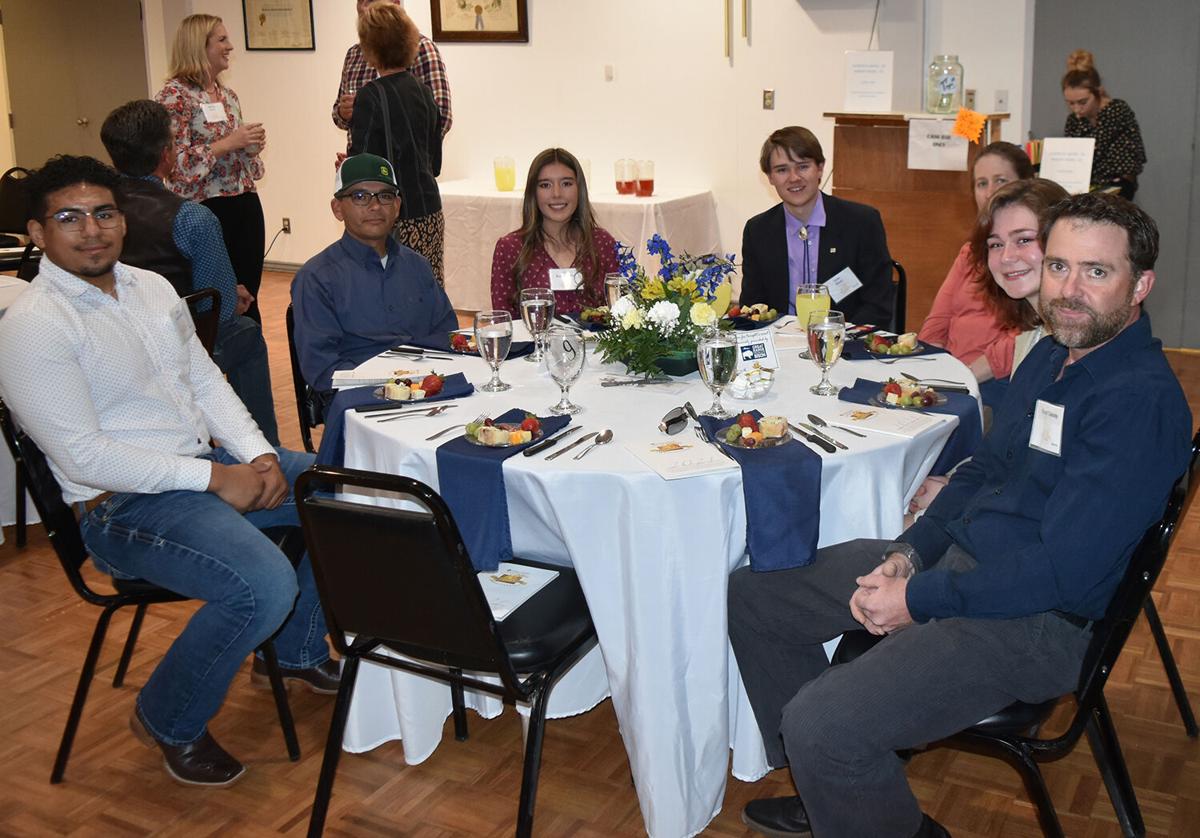 Four hard-working Montrose youngsters were awarded the first round of scholarships from the Nick Gray Estate and Foundation last night. (From the left) the scholarship winners are Raul Martinez, Abby Rubacaloa (shown with her father Jamie), Tylee Reed (with his mother Traci), and Brady Cassidy (with his father Scott). The scholarships are “full ride” four-year awards.

Four hard-working Montrose youngsters were awarded the first round of scholarships from the Nick Gray Estate and Foundation last night. (From the left) the scholarship winners are Raul Martinez, Abby Rubacaloa (shown with her father Jamie), Tylee Reed (with his mother Traci), and Brady Cassidy (with his father Scott). The scholarships are “full ride” four-year awards.

A dozen or so of Nick Gray’s family, about a hundred of his friends, and four young people who received the first full-ride, four-year scholarships from the Nick Gray Foundation packed the house at the Montrose Elks Club last night to witness Gray’s induction into the Colorado Agriculture Hall of Fame. They were joined by another 300 at the Renaissance Denver ballroom and an untold number of online viewers.

Gray spent his life working cows and building roads in Colorado, but he passed on in 2019. It was no secret that he left behind a legacy. District 6 Senator Don Coram thought it would be good if Gray’s accomplishments and his name were cast in stone. Coram convinced Gray’s granddaughter, Lezlee Cox, to write a nomination letter to the Farm Credit Colorado Agriculture Hall of Fame committee.

Her letter was well received and Gray’s name along with that of bison meat pioneer, Bob Dineen, of Brush and Al Gerace of Welby, the founder of Welby Gardens and the Hardy Boys nursery brand, were added to the Hall of Fame roster in the ceremony staged entirely by the Future Farmers of America (FFA).

induction due to the Covid-10 pandemic. This year’s ceremony, six months late, was held on location in Denver and Montrose and was wired across the nation on a Zoom broadcast. Kate Greenberg, Colorado Commissioner of Agriculture, was the Master of Ceremonies for the Hall of Fame Induction portion of the program.

Caleb Wertz, a Montrose High School student is presently the Colorado State FFA president. He welcomed the onlookers in all three venues.

Gray’s induction and the announcement of the scholarship winners from the recently formed foundation were live in Montrose. Lezlee and longtime Gray associate, Skip Huston, accepted the posthumous award and he announced the winners of the first four scholarships to be given by the Gray estate and foundation and managed by the Montrose Community Foundation.

The scholarship recipients for 2021 are Raul Martinez, Abby Rubalcaloa, Tylee Reed and Brady Cassidy. All four received full scholarships for four years to the university of their choice.