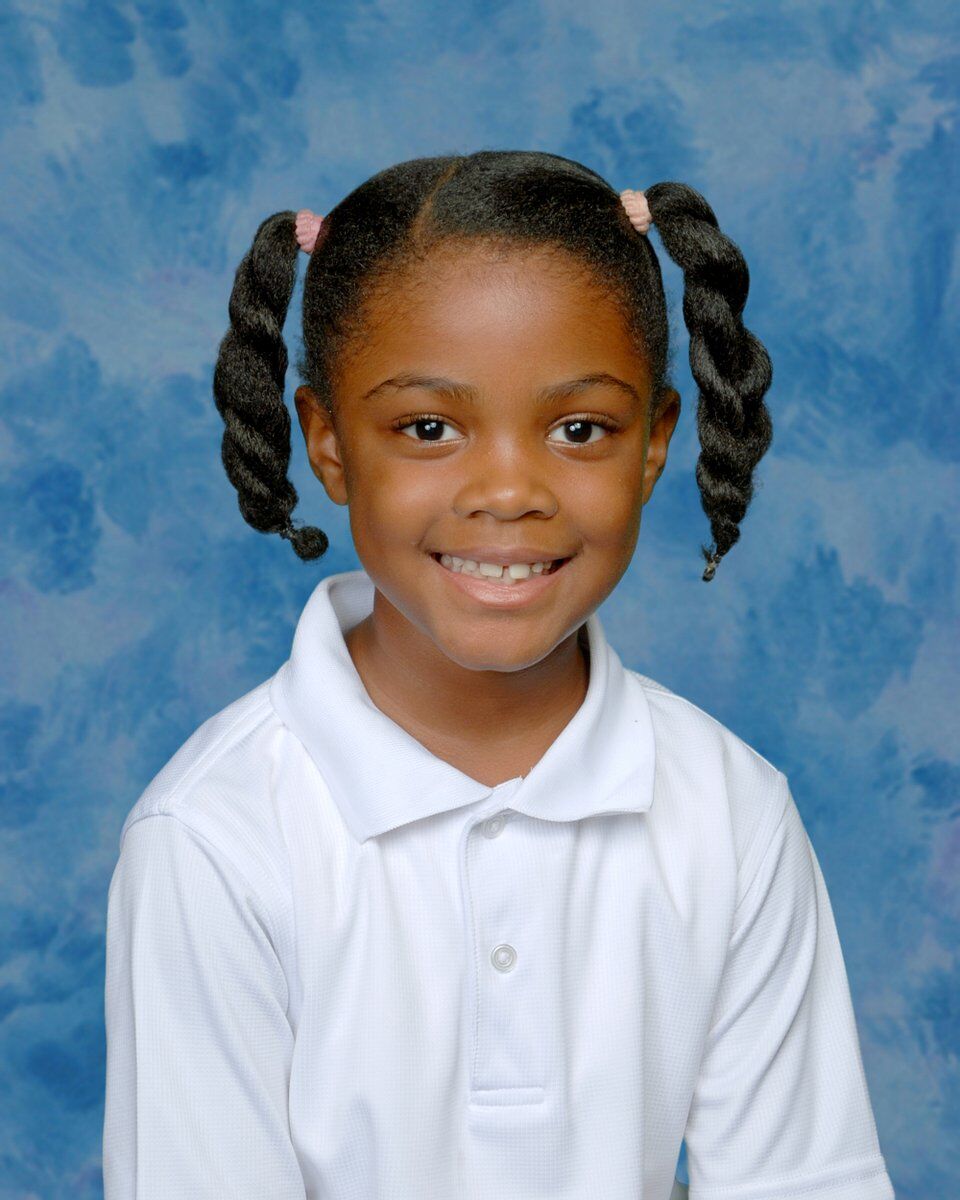 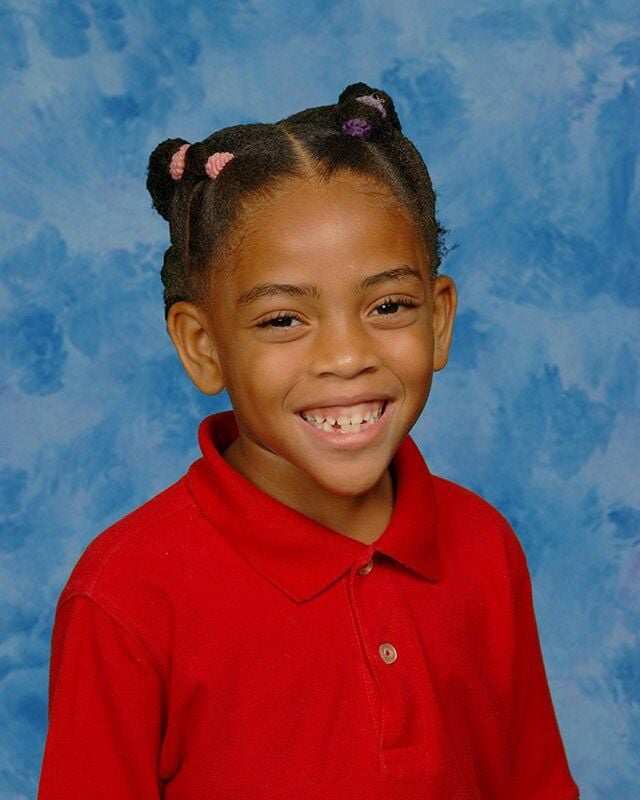 Ika Eden, described by her daughter as a passionate believer in the end-times message of sect leader Madani Ceus, almost always had charge of sisters Makayla Roberts and Hannah Marshall, a steady stream of people who had dealings with the group testified.

But her observed interactions with the girls were sharply at odds with the charges that brought the witnesses to a Grand Junction courtroom: two counts of fatal child abuse, one each, for Hannah, 8, and Makayla, 10.

The children died on the Norwood property of sect convert, Frederick “Alec” Blair. As a stifling heat baked the air outside of court, jurors heard of another scorching summer, 2017, when the girls died of likely starvation, thirst and overheating, in the car to which Ceus had banished them for perceived “impurities.”

Ika Eden — who uses both names and who is representing herself after being restored to legal competency — is the last of five people to be prosecuted in the deaths.

But before she and other sect members ever met Blair at a Grand Junction truck stop in May 2017, and before they moved onto his farm, there was North Carolina.

Ika Eden had frantically sold off her goods and packed up her children at Ceus’ instruction to move there, the defendant’s daughter, Hannah Joy Sutherland, testified. Prior to that move, her mother had been an observant and evangelizing practitioner of Ceus’ movement — called The Family — and was in frequent phone contact with her, as well as sect member Ashford Archer.

“She was a believer. She was very passionate about what they were preaching,” Sutherland said.

Thus, when Ceus told Ika Eden to decamp to North Carolina, she flew into action, per the testimony: she was “kind of scared, panicked” as she got ready. Preparations included destroying identification documents; Ika Eden and others would change their names to aliases, Sutherland’s testimony indicated. “The world was ending and we needed to leave,” she said.

Ika Eden, Sutherland, and one of her brothers moved into an apartment in North Carolina with Ceus, her two young children, Archer, and Nashika Bramble, who had two little girls — Makayla and Hannah — as well as some others.

Upon arrival, everyone had to shave their heads and burn their clothing because it “had bad spirits on them,” Sutherland said. They changed into robes.

The group members spent their days meditating, singing and worshipping. “We weren’t forced to stay, but if we left, we wouldn’t be let back in,” she said.

Those who left would go through trials and tribulations at the “date of the red moon,” like the rest of the corrupt world, the group was told. If they stayed, they would “disappear” into a higher spirit form and be spared.

Although Sutherland doubted this, and reminded her mother of Matthew 24:36 (“But of that day and hour knows no man, no not the angels of heaven, but my Father only”), Ika Eden “would not hear it,” the witness testified.

Sutherland said sect members subsisted on a cleansing diet of coconuts, dates, almonds and water, which at first, were in adequate supply. As time wore on, the foodstuffs dwindled and Sutherland, as well as Ika Eden and others, ate less so that the children could have more.

“We didn’t have any more food. You can’t go outside, so we just drank water after that,” Sutherland said.

But another group member did leave, and she told Sutherland’s father where Sutherland was. The man and one of Sutherland’s brothers turned up, pounding on the door; became “kind of hysterical” when they saw her state, and dragged her from the apartment over her mother’s protestations.

In a phone call a few months later, Ika Eden tried to persuade Sutherland to join the group on its travels; she said no. “I felt like the hold they had on my mother — I couldn’t persuade her otherwise,” the witness said.

Sutherland said she has spoken to her mother since the arrests in 2017: “She sounded heartbroken. I think she cried. She told me this would be the last time we talk.”

During brief cross-examination, Ika Eden asked whether the name-changes had been made with an intent to deceive, and whether her daughter remembered that according to the Bible, a good name is better to be chosen than gold. (This was an apparent reference to Proverbs 22, which reads “A good name is rather to be chosen than great riches, and loving favor rather than silver and gold.”) The witness said there was no intention to deceive, and that she did remember the Scripture.

Ika Eden also elicited a “yes” from Sutherland when she asked: “Is it possible the judgment is still ensuing even though it is taking a longer time?”

As far as Ika Eden’s interactions with the children in the apartment, she was “motherly” toward them, Sutherland said on redirect.

Other witnesses said Ika Eden appeared to dote on the children and to care for them. Although by the time the sect appeared in Norwood, neither Blair nor another man who worked on the property was aware of Hannah, Thursday’s witnesses said they had seen her with Ika Eden, as well as Makayla and Ceus’ girls.

Illinois minister Laura Tanner told of meeting the group and of knowing Ika Eden as Sandalphon; she also used the alias Kara Sandalphon.

Ika Eden was caring for all four children “every time I saw them,” Tanner testified. “ … She seemed very educated. Very kind. Very devoted.”

Jurors were shown a photo of a parking lot and ordinary tree. Tanner said the original shot was from a cell phone, and that on it, there appeared to be a reflection in the tree. This, she said, Ika Eden showed Makayla and told her spirits or angels were watching over them.

But when she inquired about whose children were whose, Tanner was told Ceus — also known as “Ama” — was the mother of all the children. When Tanner pressed Ika Eden for information about her own family, the woman said they had written her off as “crazy.”

“She gave up everything to follow this,” Tanner said.

Tanner kept in touch with the group through phone calls — for money, arranged through “Sandalphon,” and amounting to about $1,200 overall. The reason for the money? “Food,” Tanner said.

Gradually, as the theological discussions over the phone began to puzzle her, Tanner felt less comfortable with Ceus, but, she said, “I never felt uncomfortable with the defendant.”

The children were well-cared for, especially considering they were living on the road, Tanner said, attributing that to Ika Eden’s attentiveness.

The last time Tanner saw the children, Makayla did not want to leave — and Tanner did not want her to, either. They both cried. “She was very sweet, very obedient. Smart. Loving,” Tanner said.

During cross-examination, Ika Eden asked Tanner about biblical patriarch Abraham and if he had been told to “take all he had” and leave. Tanner said yes, as well as to whether she knew about Moses and the prophet Elijah, or weeping the the streets. Tanner again replied in the affirmative.

Tanner’s friend Lisa Bloome also testified that Ika Eden was the caregiver for Hannah, Makayla and the two other children.

Bloome also spoke of the group’s beliefs, saying holiness and purity “were strongly pressed upon us.” The focus on purity extended to food, as the group was taught that genetically modified foods changed human DNA, Bloome said.

“The Lord won’t recognize you if you have different DNA,” she said, recounting the group’s apparent belief.

Another teaching held that McDonald’s made “food of human parts,” Bloome testified. Ika Eden did not appear to disagree with the teachings, she said.

Ceus’ sect was in Colorado by May of 2017. Blair, who was taking a friend to Denver, met the group at a Grand Junction truck stop and soon invited them to move onto his Norwood property.

But Blair was not the only person in Colorado to encounter Ceus and the others. Whitewater-area resident Peggy Murphy testified to meeting the group members when they asked for help replacing tires on one of their vehicles.

Murphy’s husband offered them tires he had at home and invited them over to have the tires placed on the vehicle.

When they arrived, Ika Eden was the only one to brave the wind and stand with Makayla, Hannah and Ceus’ elder daughter as they played on a tricycle, Murphy said.

“I thought, as a daycare worker, she’s the type of lady I want to hire. … I assumed it was her position to watch those children,” Murphy said.

As for the children: “They were beautiful.”

Despite the cold, Ika Eden had to ask permission from “Ama” before she could accept a quilt to go around her shoulders, the witness also said.

Four years later, Murphy appeared to have trouble correctly identifying from photos some of the people she met that day. During cross-examination, Ika Eden asked only whether Murphy was certain she had heard her name given as “Ika” and not “Kara” (Sandalphon).

San Miguel County Sheriff’s Sgt. Dan Covault was the last on the stand Thursday. His testimony was set to continue today.

Ashford Archer: Convicted of fatal child abuse and as an accessory to a crime (covering the car); sentenced to prison; appealing.