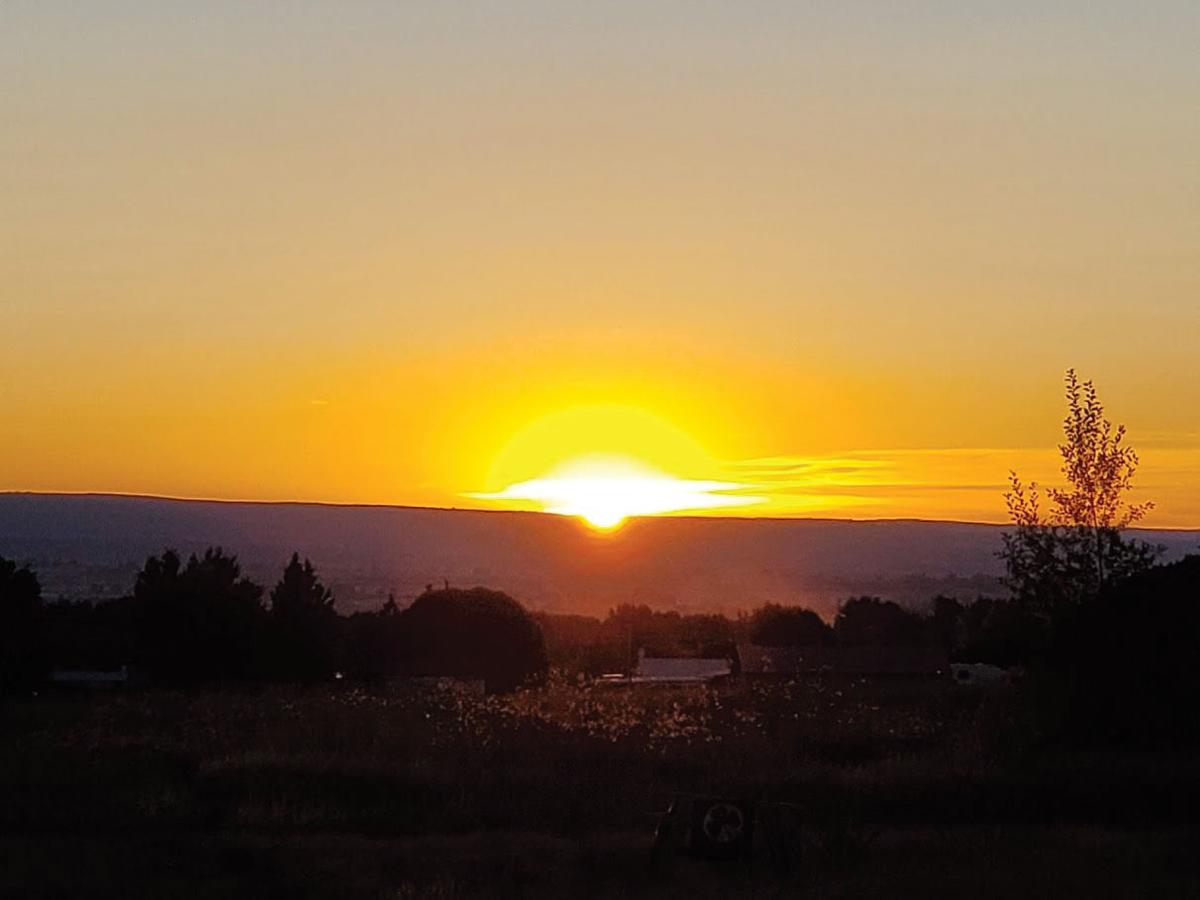 As 2019 heads off into the history books with a final sunset, I reflect on the year and offer some insights as to what went well and what did not. 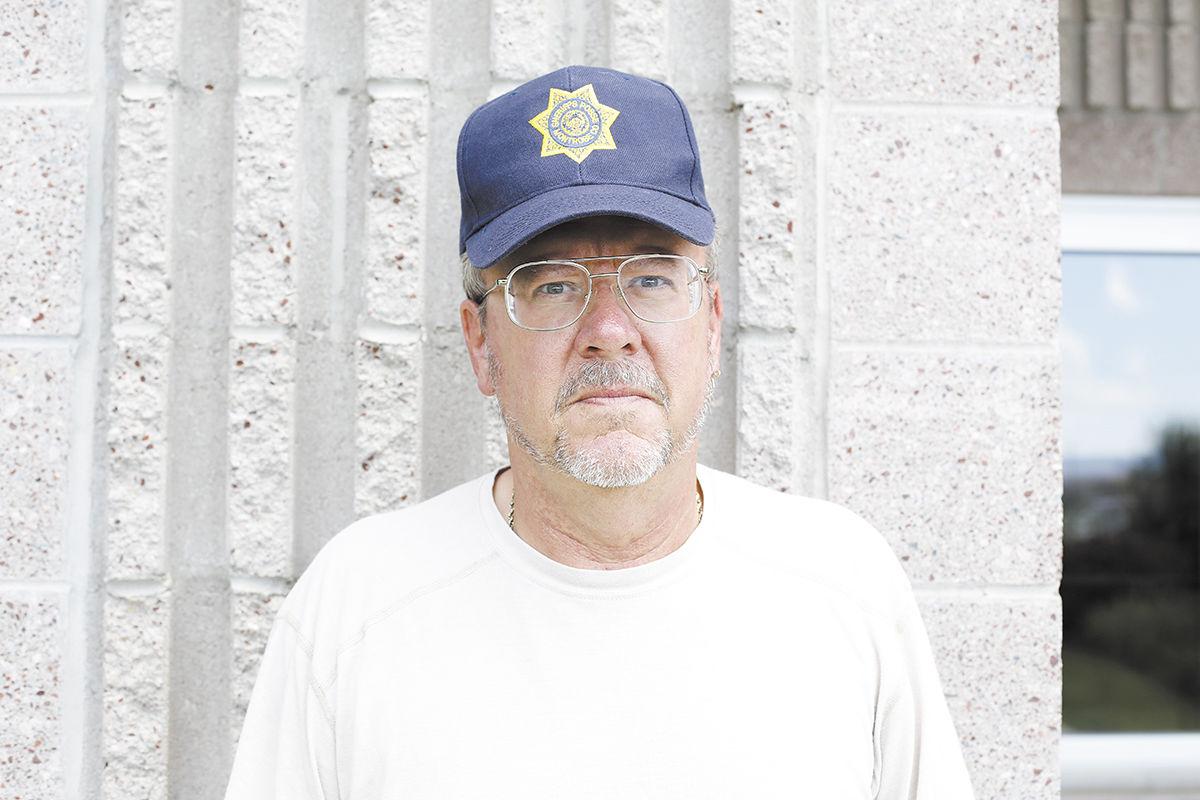 Mark Rackay is a freelance writer who serves as a Director for the Montrose County Sheriff’s Posse.  For information about the Posse call 970-252-4033 (leave a message) or email info@mcspi.org

I was sitting in my office the other morning, sipping on a mug of coffee and staring out the window at the sunrise. My wife of many years entered the room and made a sarcastic comment.

“Shouldn’t you be working?” she asked.

“I am working,” I replied. “I am practicing my melancholy stare.”

“Well, good luck. At least you don’t have to practice being lazy, you have that mastered,” she said, as she chortled evilly and left the room.

Every great writer should have a melancholy stare, one that says, “If you could have seen what these eyes have seen,” kind of stare. Hemingway, Ruark, O’Connor and Capstick all had a melancholy stare. A stare is something that must be practiced, in order to get the desired effect.

Anyway, I really was working. I was reflecting on 2019 and all the things that went right, and those that went wrong. Each year, it is good to learn from mistakes, those of my own making, and those of others, and see if the knowledge can be put to good use. In order to escape the unwanted drivel of a sarcastic spouse; I offer these experiences from the past year to prove I am not lazy.

One of the things we get a bunch of, is calls for assistance up on the mountain roads of the Plateau during the winter months. These usually come in February through April. A motorist has driven past signs warning of road closing for winter and yet they trudge onward.

These people will then find themselves stuck in snow up to their backside with no logical way to get out. Chains, four-wheel drive and good tires will not help. They are hopelessly stuck. They will climb around to find cell service and call for help, finding service sometime after dark.

This was especially a problem for the West End Posse members, this past winter. On the east end, we had at least three calls for assistance for people who “wanted to see if Highway 90 was passable.” During one call, I asked the driver of the sub-compact car what he was doing up there. His response was, “just to see if we could make it.” They found out. Most have no survival gear and could be in a real fix without help.

We will come and get the people out but the vehicle is another story. Some people have had to wait a month or better for a wrecker to come pull out their car. My advice to people is to wait until the roads are opened up before taking a ride into the high country. If it is a cabin fever thing, and want to get out, stay away from the closed roads in the high country.

While I was in Argentina last spring, I was fortunate to learn many new things and meet some really great people. One afternoon found us on the patio, resting up for the evening hunt. A wasp, the largest I have ever seen, decided to do a series of fly-bys around my head.

This wasp was the size of a hummingbird. I am sure that NORAD could have tracked him on their radar. Demonstrating my fast, cat-like reflexes, I knocked him out of mid-air on one of his passes, sending him somewhere to the ground.

A couple minutes later, I got up from my chair for a refill of my iced tea. Wearing only my socks on my feet, I once again had an encounter with said wasp. Apparently my strike on him had not caused him to expire. When my foot stepped on him, he let me have it with a full frontal assault.

The pain from his sting, on a scale of 1 to 10, was somewhere between unbelievable and unbearable. My foot swelled up for two days and hurt like the dickens with each step. I am not sure what the lesson here was, but I paid the price.

While I am on the subject of Argentina, one thing I really will work on for next time is to learn some of their language. I speak enough Spanish to get my face slapped, but certainly not enough to communicate with the locals on a good level. These were wonderful people, and next time, I will speak their language better.

There is a free app, available at the Google Play Store called Duolingo. This app gives you a daily lesson in just about any foreign language you want to learn. You can speak, write and read words, sentences and phrases in no time. I spend 15 minutes a day, and it is time well spent for someone who wants to travel.

Another app that works well for the traveler is called WhatsApp. This app allows you to make phone calls, send pictures or text on your cell phone anywhere you have a wifi connection. WhatsApp lets you use your phones internet connection to let you stay in touch with friends and family without all the roaming charges and fees from your carrier, and the app is free. My wife and I have used it in Canada and South America quite a few times and it has worked great for us.

We have had several calls this past spring and summer to assist with ATV and off-road motorcycle accidents. One accident involved a young lady who took a bad spill and suffered serious injuries. She had to be airlifted out. She was wearing all the proper equipment and had riding companions. One of those companions went for help.

This companion reached cell service and called 911. He told 911 that he would ride to a parking area, meet rescuers there, and guide them to the scene. While on his way to the rendezvous point, he changed his mind, deciding that another spot would be more convenient.

Unfortunately, he did not notify rescuers of his change in plans, and it cost over an hour of time to get everyone on the same page. The rescuers felt helpless at the prescribed meeting place and it took awhile to communicate with the parties involved to find the scene. I think the lesson here is obvious.

Another motorcycle accident involved a gentleman riding his bike on one of the trails near Flat Top riding area. It was dark and he was on his way home. The man lost control and plunged off the trail, landing in the bottom of a 20-foot deep ravine. Unfortunately, his bike landed on top of him, claiming his life.

The man was not traveling at excessive speeds and was wearing all of the proper safety equipment. He had lots of survival and emergency equipment with him as well. Sometimes in the great outdoors, bad things happen to good people, and there was just not much you can do to prevent it. It goes to show that when the phone rings, sometimes it is a collect call for you.

We had a couple rescue operations this year that involved people who “went at it alone” in the outdoors. I write columns a couple times a year, expressing how important it is to have a plan, someone in town who knows the plan, and makes the calls for help when you are overdue. I also express how important it is to bring a companion with you when you recreate in the woods.

I get emails and phone calls from the “tough guy” crowd, telling me how they have always hunted, hiked, camped and backpacked alone and don’t need anyone as they learned how to take care of themselves in the wilds. I can think of 2 people this year that felt that way, taking to the woods alone, one a hiker and one a hunter. Both paid the full price, plus tax. For safety, and because it is more fun to share the outdoors with someone, don’t hit the trails alone.

I hope that the upcoming New Year is good to all of you, and that you get to spend much of it enjoying the outdoors. In the meantime, I hear my wife coming home from the store. I better hit her with my melancholy stare when she comes into my office so she knows I have been working.

Mark Rackay is a columnist for the Montrose Daily Press and avid hunter who travels across North and South America in search of adventure and serves as a Director for the Montrose County Sheriff’s Posse. For information about the Posse call 970-252-4033 (leave a message) or email info@mcspi.org

For outdoors or survival related questions or comments, feel free to contact him directly at his email elkhunter77@bresnan.net