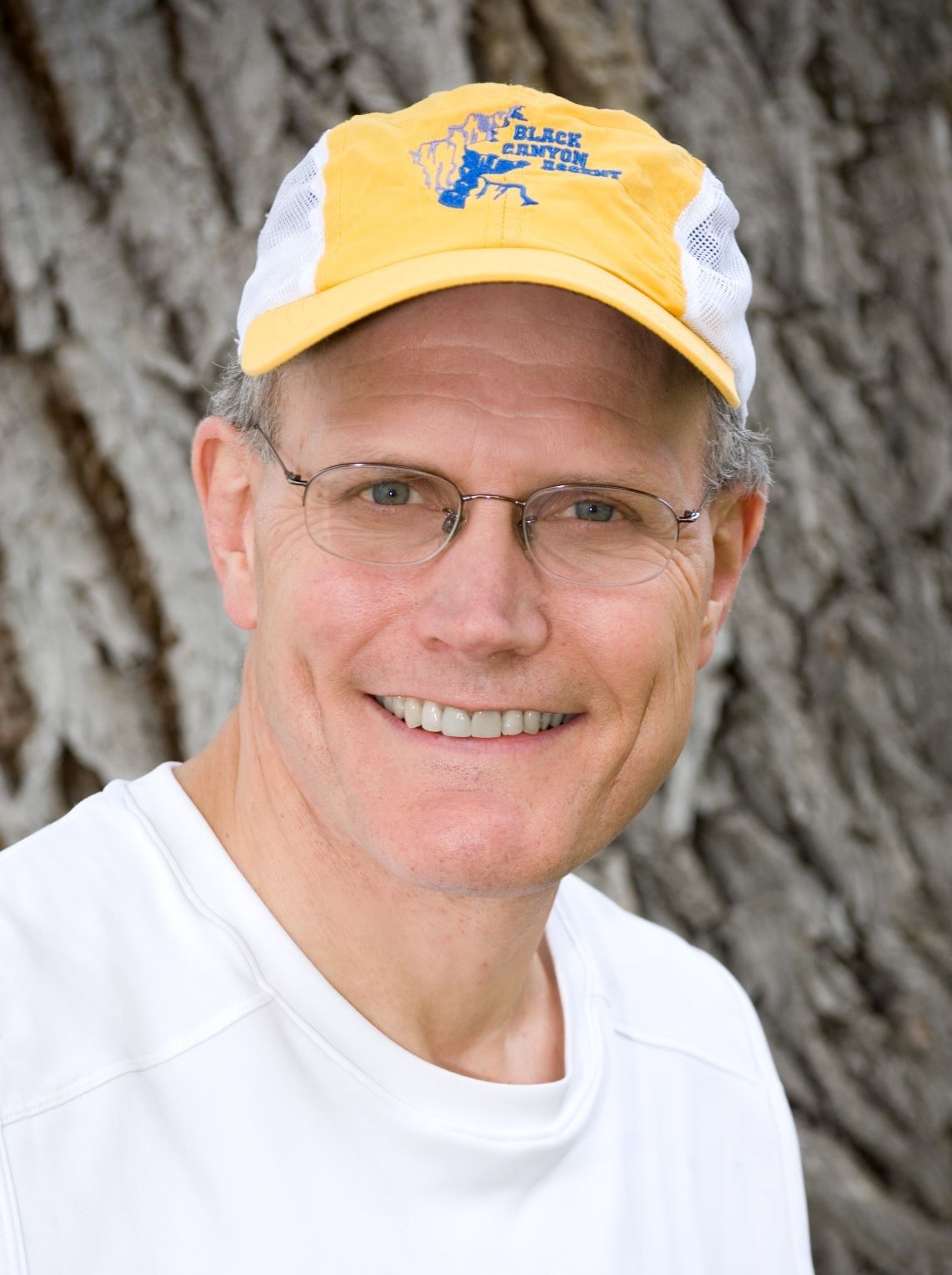 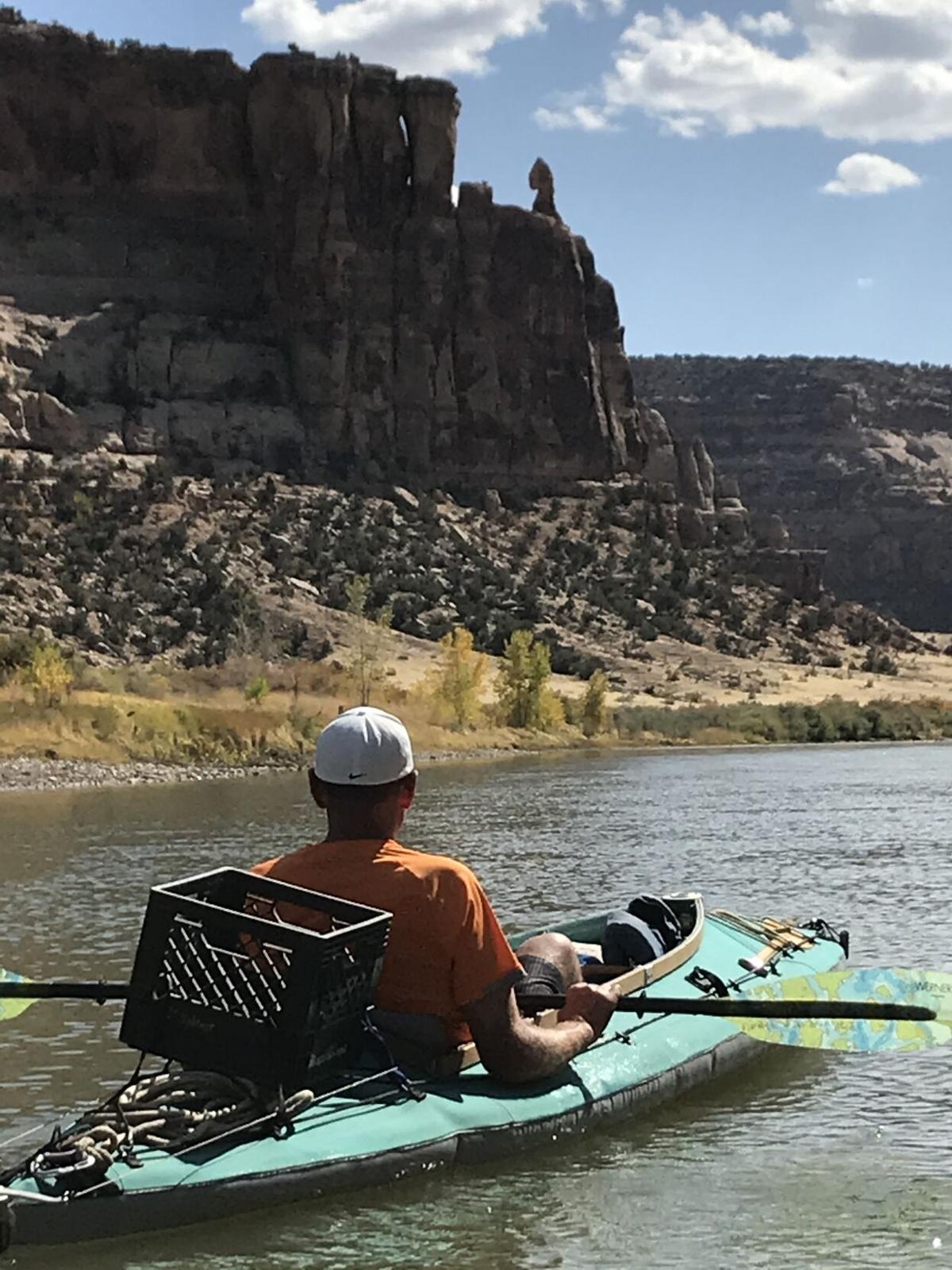 The distinctive rock formations on the Colorado River canyons west of Fruita catch the attention of Bob Zimmerman in his shallow draft, folding kayak this summer. (John Unger/Special to the Montrose Daily Press)

The distinctive rock formations on the Colorado River canyons west of Fruita catch the attention of Bob Zimmerman in his shallow draft, folding kayak this summer. (John Unger/Special to the Montrose Daily Press)

When a double kayak came shooting around a blind corner on a creek swollen with rain, both boaters saw the recently fallen tree nearly spanning the creek.

Too late to head for the shoreline at that speed, the swift current pushed their kayak sideways against the downed tree. Both instinctively and wisely jumped downstream over the trunk, abandoning the kayak just as the forceful current pushed it underwater beneath the tree.

In the years since that incident, if you were to ask the two occupants of that kayak if they prefer fast water or flat water, you might get two very different answers.

Adrenalin versus serenity are two competing interests here. A few hours driving from Montrose offers access to rivers ranging from fun to un-runnable, from peaceful to pounding, from meditative to maddening. Sometimes both extremes occur on the same river, a few miles upstream or downstream from one another.

Examples of rewarding flat water areas near Montrose are Chipeta Lake and Ridgway Reservoir. In late summer, though their waters may not be quite warm, they can be safe enough to let responsible children take the pilot’s seat and get used to the feel and the delight of controlling a boat by paddling.

A personal flotation device (aka PFD, aka life jacket) must be worn by children thirteen and younger. Of course, in Colorado each boater of any age must have one handy in the boat if not actually wearing it all of the time. Park rangers wisely encourage adults to wear it instead of carry it, knowing that a surprise fall into cold water can lead to a poor outcome.

An advantage of flat, or slow, water is that it allows introspection, wildlife observation, contemplation, and the increasingly rare luxury of unhurried, friendly conversation, much like that of a near-mythical summer afternoon conversation on a front porch with a friend.

Take this background knowledge self-quiz: do you know a J-stroke from a C-stroke? A roller from a sleeper? If not, flat water again should be your outing of choice. Gain the skills needed, incrementally, to later venture onto more challenging (and thereby more exciting) water.

Now for the experience self-quiz: have you ever been in a raft as one side of it rides up onto a large boulder, where the current can wrap it around that rock? Have you ever felt anything stronger than a mini-whirlpool grab the bow of your two-person canoe?

In addition to background knowledge and experience, there are physical skills, judgment, and timely decision-making elements which are necessary for taking on more challenging waters.

If flat water eventually feels too tame, one can find many other levels of flowing water, up to life-threatening, wear-your- helmet, put-your-dentist-on-call, whitewater.

During this decade of drought which we are in, the Ruby and Horsethief canyons of the Colorado River an hour and a half north of Montrose now have a leisurely flow, in July. This year, the river is running at about one-fourth of its usual July volume.

But during a normal spring run-off, for instance, both the excitement and danger increase to the point that advanced skills are required. That is when boaters need to objectively acknowledge their own skill limits before deciding whether or not to take it on.

Late summer flows, on the other hand, intermingle smooth floating with episodes necessitating route selection and boat control skills, creating a very rewarding contrast of experiences. (Additionally, permits are required year-round to boat that section; from April through October, they become available sixty days in advance, and often are sold out quickly.)

The Escalante and Dominguez canyons on the Gunnison just north of Delta display fall colors that fill the senses and may not require packing overnight gear. If you are new to the area or to river sports, consider first boating with a commercial river outfitter to get the sense of several of our region’s rivers.

You will soon know your preference on the continuum of flat to flowing to fast water.

As to my own preference: most days I prefer slightly faster water, hold the flood stage, and minus the strainer.

John T. Unger is a Diplomate of the American Chiropractic Board of Sports Physicians, with an active practice in Montrose.

He hopes for good monsoon rains to at least put a small dent in our multi-year drought. Ideas for future columns are welcomed at sportsdocunger.com.