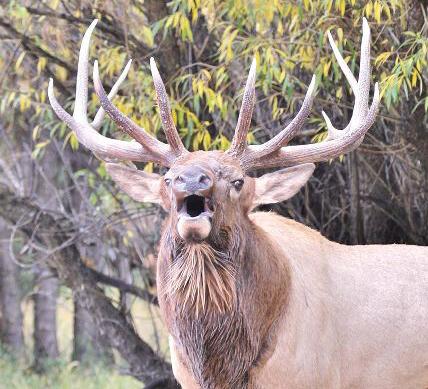 Hearing and seeing an elk bugle during the rut can be one of the most exciting moments you can encounter in the great outdoors. 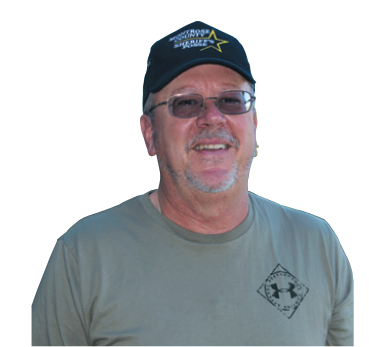 The big stag let out a roar, in the predawn darkness, deep in the woods of central Argentina. Roberto, my guide, answered the old bull with a bellow from his homemade stag call. I worked my way between the trees in the velvety darkness; my pant legs soaked from the dew on the grass.

With maddening slowness, the gun metal sky began to blush, oozing out with bright mango colors into the clouds. The stag roared again, this time much closer. My mouth was dry and the beats of my heart pounded in my ears, as the anticipation grew. “He’s coming. Be ready,” Roberto hissed in my ear.

Any hunter in the world understands the excitement of hunting big game during the rut, but few thoroughly understand what it is and what causes it. Generally, you can set your clock by the time the rut kicks off, but I have never seen an elk with a watch.

The rut is the mating season of many ruminants, like deer, elk, moose, red stag, antelope and pronghorns. The rut extends, in one way or another, to just about every mammal from skunks to elephants. Rut comes from the Latin word rugire, meaning to roar. Elk and deer hunters simply call it the “rut” while other parts of the world refer to it as “the roar.”

The rut is characterized in males of the species by an increase of testosterone and exaggerated sexual dimorphisms. All of this leads to an increase in aggression and an overwhelming interest in the girls. The boys will perform displays of fighting, calling, bellowing, and rolling in mud, all to show off and entice the girls, much like boys at the bus stop.

There are a bunch of myths and old wives tales used to predict the rut. Counting 25 weeks from Easter each spring is one of them, and it is a total waste of time. Many believe weather and precipitation control the rut. While it may affect the rut, weather does not cause or control it.

The easiest way to predict the elk rut is with a calendar. The rut will occur at the autumnal equinox, otherwise known as the first day of fall. Despite all the conflicting opinions found on the elk forums, the science is pretty well settled.

There is no point in recalculating the elk rut peak for each year. The fall equinox always occurs on Sept. 22 or 23. There are variables that will affect what we see and hear, but the rut will go on with or without us seeing and hearing it.

How do these animals know when the rutting season is here? The answer is photoperiod. Photoperiod is the interval in a 24-hour period during which an animal is exposed to light.

The hormonal production of deer, elk, and other species is regulated by photoperiod, as is antler growth. A diminishing ratio of daylight to darkness triggers behavioral and physiological changes that lead to the rut.

Bucks and bulls first shed their velvet as their antlers mineralize. Next begins the sparring, fighting, rubbing trees and making scrapes. This transitions to more fighting and the establishment of dominance and breeding rights, eventually leading to breeding.

The most active peak in the elk rut lasts five to 10 days. The ratio of darkness to light causes hormones in cow elk to flow that results in an estrus cycle. All cow elk do not go into estrus during the peak, but most of them do. Young cows go into estrus much later. Some cows do not get bred during the first estrus cycle and have a second estrus period throughout the first three weeks of October.

Some recent research suggests that a few young cow elk go into estrus for the first time, well into November. This time is called the third rut cycle, but is very limited in rut activity.

Estrus causes an odorous pheromone to be released into the air that drives the males crazy for a mate. This is the time when the boys throw caution to the wind, acting foolishly and taking chances that normally would not occur. The rut season is when cars strike most of these lovesick critters, so extra attention should be given when driving to watch out for them.

Female deer, on the other hand, may be in estrus for only 72 hours. If she does not mate, the doe may experience up to seven estrus cycles. The rut for deer can start as early as late September and last throughout the winter months. The average peak of the whitetail rut is Nov. 13. Again, this is all conditional on what part of the country you live in.

Moon phase does play a part in the type of activity you are likely to witness during the rut. During a full moon, most feeding and rut activity will take place at night. The animals bed up and rest more during the day during full moon cycles. In contrast, during dark moon cycles, more activity takes place during the daytime.

So much of the rut cycle is still not completely understood by science, but the studies continue. Many old time hunters have opinions about the snow and moon phase, and how it plays into the equation.

I have been fortunate to experience the rut in quite a number of big game animals on several continents. I can assure you, it is my favorite time to be in the woods.

The big stag eventually roared once more, this time from around 40 feet away. He played hide and seek around a stand of trees for what seemed like hours before coming into view. The scene played out just as we planned, and we harvested the old stag. It was several hours before my knees quit bouncing off of each other. Even Roberto got a little shook up when that big boy came into view. Yes, I love the rut.