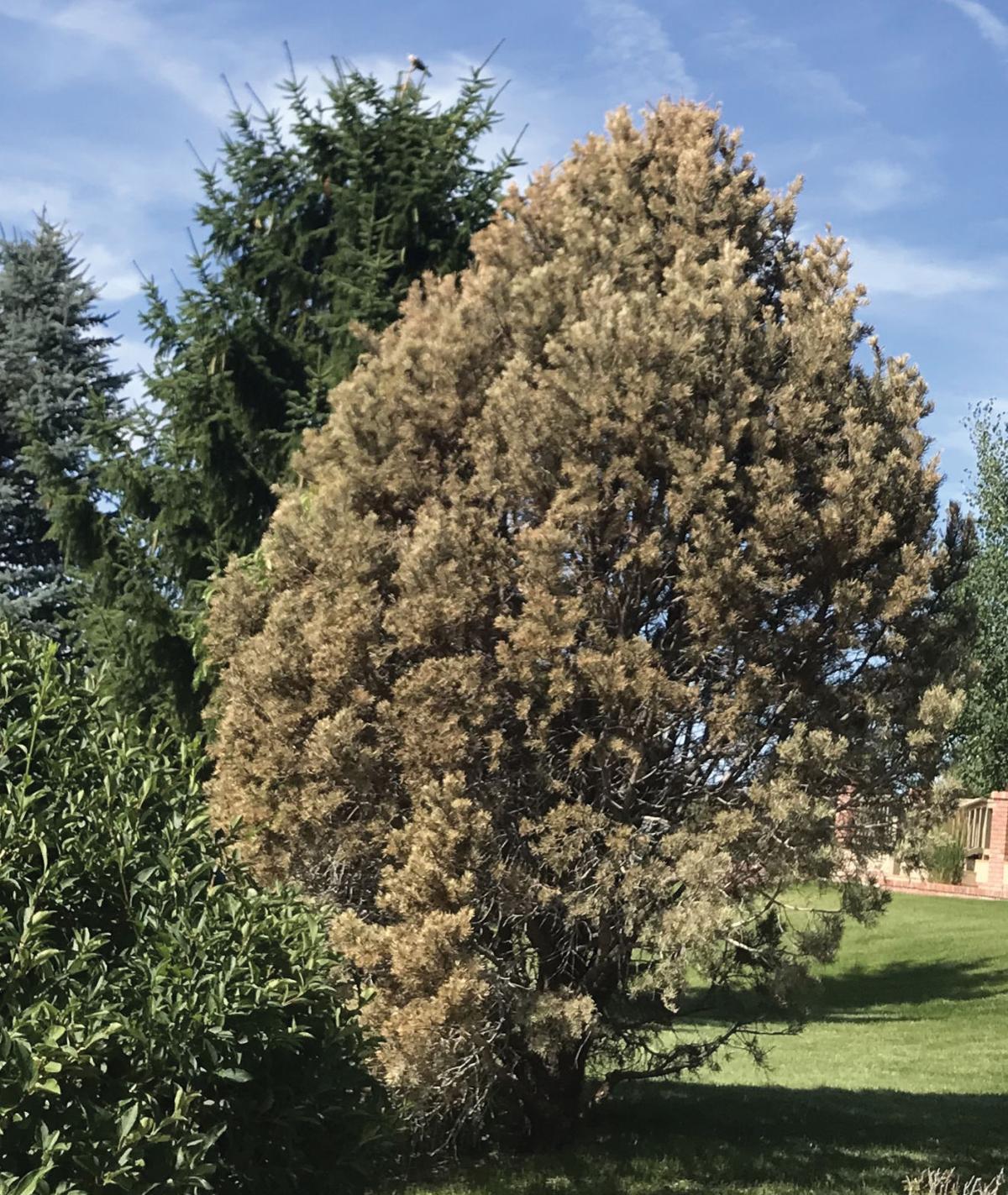 Several pinyon in the area have died because of beetle attacks, but don't panic if you see a few problems with them. Beetles are not always the culprit. 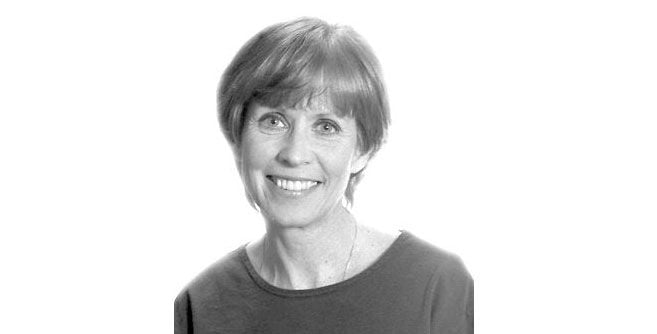 I’m thinking, this is a really bad time to be a pinyon. Pinyon pines have long been known as great, drought tolerant trees that didn’t take much maintenance, but I’m beginning to have some second thoughts with that line of thinking.

The summer droughts, heat, and wind that the trees had to endure the previous years, as well as the winter droughts before this past year, are catching up to the trees and taking a toll on them. Trees are just a bit slow to show the effects. Some of the trees are just plain stressed as a result. This is true even in irrigated areas. They are now referring to some of the pinyon problems as “Pinyon decline”. This in itself is bad because stressed trees are much more susceptible to insect problems and many insects are taking advantage of this.

With that said, there’s no quick easy answer to what’s going on with the pinyon trees. In fact, the diagnosis can be a bit tricky. After the forest destruction that many areas experienced the past several years, many people are getting a little jumpy with the mere mention of beetles, but let me assure you, we’ve been through this before and many of the pinyons did just fine. The bad news is, pinyons are once again being attacked by Ips confuses spp. beetles. I remember in 2003 and around that time, I was worried that we weren’t going to have any pinyon left, but as you know, there are still plenty of them around. So don’t panic if your pinyon isn’t looking so great right now. There’s a good chance it’s not Ips beetles attacking it. There are quite a few other things that could be causing your tree to decline.

So how are you to know? Well, should your tree have Ips beetles you would see oozes of sap that resemble small rust colored popcorn, on the trunk or larger branches. The adult beetle doing the damage looks like a little black or brown grain of rice, but you usually won’t see it. Because the beetles become active in early spring, spraying the tree with Permethrin or Bifenthrin to protect it before they become active is the best means of control. Once the beetles have attacked the tree, little can be done to save it.

Some of the pinyons and other pines were hit this spring, and previous summers, by scale insects. Austrian pines and Mugo pines have also been affected by scale. If you look closely at the needles, you may see a lot of little black specks, especially on the older, or inside needles. The small black specks are actually the insect known as scale. The scale is protected under a little shell that its body produced. In the spring, usually about mid May, the insect emerges from under the shell and “crawls”. The insect is very easy to control while it’s out of the protection of the shell. Almost any pesticide will control them at that time. Oil sprays are very effective when controlling scale, even when they’re not crawling, but tend to work best in the spring. I don’t recommend using oil sprays when the weather is really hot! Read the label directions and follow the recommendations so you don’t harm your trees.

Another insect that’s been hitting pinyon is the Pinyon tip moth. The larvae overwinter in a small, silk cocoon on the bark. Sometime in May they begin tunneling into the base of the unopened buds. The result is dead and ugly tips on the tree. Spraying with permethrin or bifenthrin when the needles are forming is the best time to control them. A systemic soil drench around the base of the tree will help the tree if it has been attacked.

Twig beetles are also becoming a problem but at least they aren’t as detrimental to the trees as Ips beetles. These little beetles are about 1 or 2 mm long. They bore into smaller twigs and branches with thin bark. You will see rust colored sap oozing from the areas attacked. Two or three evenly spaced sprays throughout the growing season with insecticides including the active ingredients bifenthrin or permethrin will control twig beetles. The protective sprays aimed at pinyon Ips and pine tip moths are also effective against twig beetles.

Pinyon “pitch mass” borer will produce a large blob of pitch that looks a bit like pink or white toothpaste, with little pieces of sawdust mixed into it. Thankfully, these borers are not as damaging to the tree as Ips are. Once again, the same spray used to control Ips will help stop these guys.

Dwarf Mistletoe is a small, leafless, parasitic flowering plant that grows on branches and spread only to other pinyon pines. It basically looks like swelling in the branch. Should the branch die because of the mistletoe it can simply be cut off. The tree may look a little deformed but it won’t usually kill it.

There’s a few other things going on with pinyons, but the hook is coming out to drag me off of the stage. The bottom line is, try to keep your tree as healthy as possible and check your soil moisture. Also, don’t leave dead or pinyon slash near your healthy pinyons. Pinyons prefer dryer conditions similar to their native areas. It’s just that the native areas have been a bit too dry, even for pinyons. Most of all, don’t panic and think your pine has beetles if a few branches aren’t doing well. Hopefully the winter moisture and summer rains that we were blessed with will help the trees to become healthier and the problems to settle down.