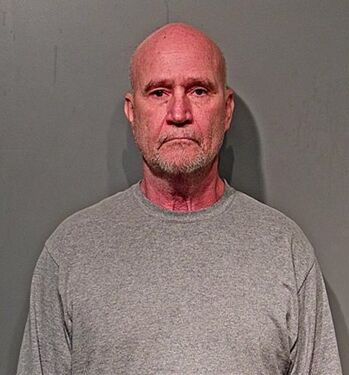 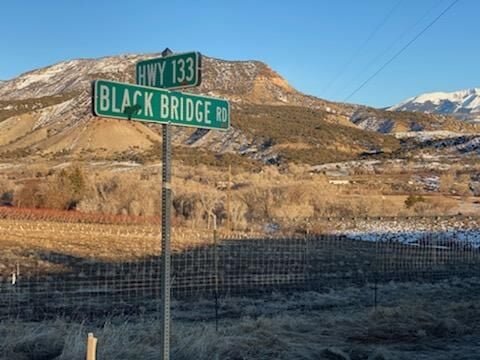 Footage recovered from the Paonia residence where two people were found shot to death in February shows harrowing moments after a man approaches, gun drawn, then confronts the occupants in succession.

Whether the man recorded gunning down Michael Arnold and Arnold’s “college sweetheart” Donna Gallegos is Mark Burns, as prosecutors allege, was the crux of a preliminary hearing Tuesday, May 17.

Burns is charged with first-degree murder, aggravated robbery and burglary, which he denies.

Delta County Sheriff’s Detective Sgt. Tyler Becker testified the footage from game and security cameras outside and inside of Arnold’s shop and attached apartment shows none other than Burns. Burns, he said, was a former tenant, who had a “contentious” relationship with the slain pair over a lawsuit involving Arnold’s ex, whom Burns was dating, and his and another man’s eviction in 2021.

But public defender Patrick Crane in cross-examining the sergeant said investigators have overlooked a panoply of other suspects and motives. Per Crane’s questioning, Arnold was known to keep several safes on the property, where he also grew marijuana, and Crane indicated he had racked up his share of enemies.

Footage played in court Tuesday shows a man coming to the shop/apartment at 15835 Black Bridge Road, which also contains a standard home, which Burns formerly rented.

The man on camera was wearing a bandana over half his face, along with a hooded sweatshirt, ball cap and gloves Becker said were duct-taped onto his wrists.

The man encountered Arnold first and spoke with him four or five minutes before a single shot rang out, the officer testified. Gallegos emerged from the kitchen area and appeared, briefly, on outside footage before the gunman exited, took hold of her, and dragged her back inside.

She’s then seen stooping over Arnold, retrieving items, possibly cash, from a safe and giving them to the intruder. Becker said Gallegos and the suspect appeared to speak to each other before multiple shots rang out.

“You actually see the execution of both Michael Arnold and Donna Gallegos,” Becker testified.

Arnold, 69, and Gallegos, 65, were shot multiple times on or about Feb. 2. Two friends who had been planning a trip with the pair discovered them dead Feb. 4.

At the scene, Becker spoke to the female witness, who identified Burns and two others as those she thought could be responsible for the crime.

Only Burns has been charged in the slayings.

Becker learned Burns dated Arnold’s former, longtime girlfriend. According to testimony, Burns was evicted from the property after testifying July 1, 2021, as a rebuttal witness in a civil case involving Arnold and his ex. Burns’ roommate on the property was also asked to leave, Becker testified Tuesday.

“They were upset. It created more of a hostile environment,” Becker said.

He also said a disturbance at the property around the time of the civil hearing brought deputies out to Black Bridge Road.

With warrants, deputies and agents from the Colorado Bureau of Investigation searched the property after the shooting. Becker said they found a pillow with a black powder burn on it, as well as a gun and backpack, casings and bullet fragments.

Patterns in the blood indicated Arnold was dragged somewhat after being shot; a chair was found placed over Gallegos.

An e-trace of the 9 mm weapon that was found showed Burns had purchased it and ballistics testing showed it had fired bullets that were found, Becker said.

Burns later reportedly told him he had sold that gun to Arnold, even though friends reported Arnold only used revolvers. Crane’s questioning suggested the gun had been purchased for Gallegos.

Under questioning, Becker said that of the mix of four DNA profiles found on the gun and of two found on a cartridge, none matched Burns’ DNA.

“We have not gotten a hit” on Burns, Becker said, but added that testing is still being done. None of the fingerprinting analysis has linked back to Burns, he also said.

Investigators did indeed find safes on the property. A green one, found near the bodies was possibly a “decoy safe” a friend of the pair told Becker — one in which Arnold kept some money for daily business, and in which his wallet, with cash still inside, was found. The friend told Becker he should look for other safes that would be concealed.

Becker in searching noticed a “screwed-in” wall in an alcove in the bathroom. When he removed the screws, he located two safes behind the false wall. One contained personal effects. The other held $362,470 in cash.

Despite searches, investigators did not find Arnold or Gallegos’ phones, which could have been linked to the home’s security system. These were “pinged” later to a location near the Delta Walmart, where Burns had also made a purchase. It also appeared to Becker that a computer had been removed from the property — he found only the ethernet cable, unattached.

Footage played in court shows the suspected shooter at one point walking around the exterior of the shop/residence and looking up toward where one of the exterior cameras is, then stepping back inside.

Investigators determined there were four cameras: two on the inside and two on the outside, plus game cameras tethered to trees elsewhere on the multi-acre property. Their SD cards had not been removed.

Becker said investigators found a “black box” associated with the security cameras, which was sent to a Grand Junction forensic specialist for extraction. The footage shown in court was compiled from that.

Crane emphasized during his cross-examination that the couple’s phones were not found among Burns’ things or at his Idaho property. As well, Delta County has limited cell phone towers and a phone’s ping doesn’t necessarily pinpoint a precise location, he intimated.

Crane’s line of questioning drew several successful objections from Assistant District Attorney Rob Zentner, who argued the defense attorney was not only bringing up irrelevancies, but sometimes straying into providing testimony.

Crane for his part objected to several points of Becker’s testimony as hearsay, but those statements were allowable under the rules for preliminary hearings, which are relaxed and favor the prosecution.

Burns contacted Becker on Feb. 11 and agreed to be interviewed in Salmon, Idaho on Feb. 14.

According to Becker’s testimony, Burns initially reported a “good” relationship with Arnold and Gallegos and reported renting the home from 2019 until mid-2021, when he was told to leave.

Burns said he had been in the area on Feb. 2 of this year because he was retrieving property from a storage unit. He stayed two days in Fruita with a friend, purchased a part from a salvage yard there and also made purchases at a Hotchkiss hardware store and the Delta Walmart.

Becker found receipts for the purchases —which included dog food, duct tape and “black plastic zip ties” — and also received store surveillance footage showing Burns making the purchases. Burns had enough time to commit the crime between when store cameras showed him in Delta County and when Gallegos and Arnold last were known to be alive.

When Crane inquired later, Becker said it did not appear as though zip ties were used during the shooting.

Through calls Burns made from jail, Becker learned Burns’ friend in Grand Junction had a copy of Burns’ eviction notice, a backpack and a “nest egg” — $6,900 — from Burns’ Idaho home. The friend turned the roll of money over to Becker.

Burns also sent his girlfriend a Valentine’s Day card with $1,000 in cash in it, per Becker’s testimony.

The sergeant testified to text messages in which Burns reportedly said “all systems go” on Feb. 1 and that his search history displayed “places to retire in Mexico.”

Last November, Burns had searched for information about the same kind of game camera in use on the property, Becker also said, although Crane’s questioning would later hint at another associate of Arnold’s with more experience in security systems.

Becker’s day-long testimony also touched on Arnold’s friend finding a note about two or three months after the deaths, as she was helping the family clean out the property. Although testimony was not given as to its specific contents, the note purportedly refers to the July 2021 confrontation between Arnold and Burns, which had prompted a DCSO response, and Becker believed Arnold wrote it: “He was a note-taker, I would say.”

In searching Burns’ home and vehicle, Becker said he did not find clothing matching what the shooter wore and Burns isn’t wearing that clothing when he appears on store surveillance footage in Delta and Fruita.

The surveillance footage from game cameras and security cameras didn’t show a vehicle matching Burns’ at the scene and no one had reported seeing his truck perhaps parked along the road. A different vehicle, an SUV, was seen turning around on the property the evening of Feb. 2.

Crane’s questions about marijuana on the property prompted some of the assistant DA’s pushback. Although Arnold had about 12 to 16 plants that were prolific in what they produced, the money involved was “tens of thousands” of dollars and not “hundreds of thousands” of the sort that would make Arnold an attractive target to members of a big criminal enterprise, Zentner said in his objections.

“Mr. Crane can’t get up here and start testifying,” Zentner said after Crane tried asking about someone else associated with a nearby property.

Judge Steven Schultz reminded everyone that the purpose of the hearing was to establish whether there is enough probable cause for the charges to proceed, not to gather evidence, speculate or present a defense.

He did allow some leeway when Crane asked about yet another person, who reportedly had received information about the murders that hadn’t been publicly released.

“This is an ongoing investigation. There are a lot of moving parts,” Becker said.

Becker was on the stand all day Tuesday, at what was to have been a single-day hearing, but with a full slate witnesses left, and based upon attorney availability, the hearing will be continued on the afternoon of May 24 and the morning of May 25.

The hearing is also being used to determine whether Burns can continue to be held without bail on the basis that the “proof is evident and presumption great” that he committed a capital crime.

First-degree murder is defined as a capital crime in Colorado law, but Colorado no longer has a death penalty.