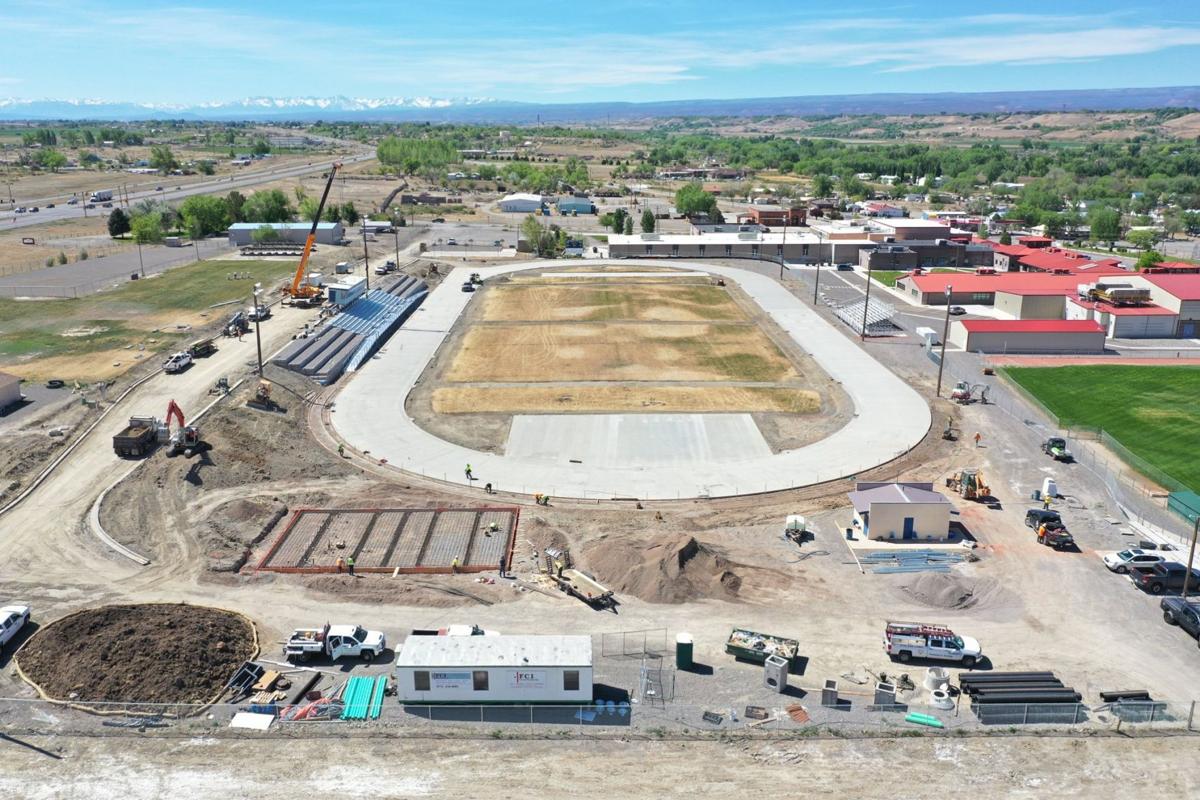 An aerial view of the Olathe Middle and High School track. 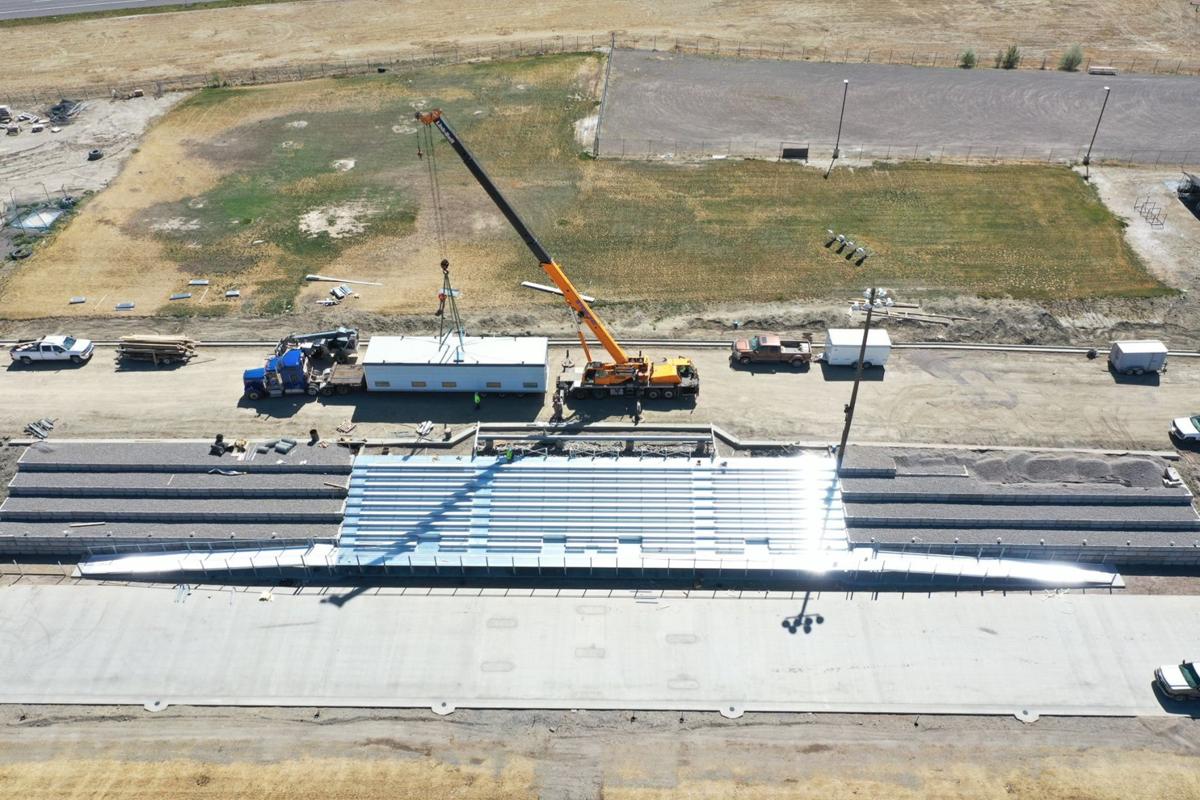 A crane prepares to lift the press box onto the bleachers at the Olathe Middle and High School track.

An aerial view of the Olathe Middle and High School track.

A crane prepares to lift the press box onto the bleachers at the Olathe Middle and High School track.

Progress continues on the Olathe Middle and High School track and field project with the addition of bleachers and the press box last week week.

Joe Archuleta, OMHS athletic director said the project has progressed within the past week.

“We really feel like the construction to Wilson Field is really taking shape in the last week to ten days,” he said.

The eight-lane track was poured in late April, and since then, crews have poured the runways for the long and triple jump as well as some of the sidewalks around the complex.

“With the pouring of the track, runways, and some of the sidewalks, it takes the project to another level and a person can really see the changes to the stadium,” he said.

The home bleachers and the press box arrived Tuesday, May 19. After delivering the press box on a flatbed semi, crews used a crane to lift the press box into place on the east side of the field.

“Viewing the new stands and the press box for the first time was so exciting for the staff and brought new life to our project,” Archuleta said. “The Olathe community is so excited to see the new changes every week and is very excited for our kids to have a top notch facility.”

More visible progress will be made as crews lay new sod and construct the entry, the concession area and ADA restrooms.

The school is still holding a fundraiser for the concession stand. Citizens and businesses that donate may also receive a plaque to commemorate their support. There are four levels of sponsorship: white for a $500 donation, blue for a $1,000 donation, gold for a $1,500 donation and platinum for donations of $2,000 or more. The plaques will be included in the design of the concession area, with platinum donors’ plaques in a stone monument within the entry area.

Contact Brown at scot.browns@mcsp.org or Archuleta at joey.archuleta@mcsd.org for donation information.

Work will also wrap up on irrigation modifications. As part of updating the facility, crews will address stormwater and rainwater drainage issues that previously caused puddles to form on the track and field.

The track will also be covered in a blue-colored synthetic surface overlay, which will provide some flexibility. That project is still to come as the post-tensioned concrete slabs progress through the cure phase.

The Wilson Field renovation is set to be complete in mid-August for students and athletes to use during the fall sports season. The school has set Sept. 12 as the date for a ribbon cutting ceremony and opening of the renovated facility.

The $3.2 million project updates the 49-year-old facility that was previously relocated from Lions Park.