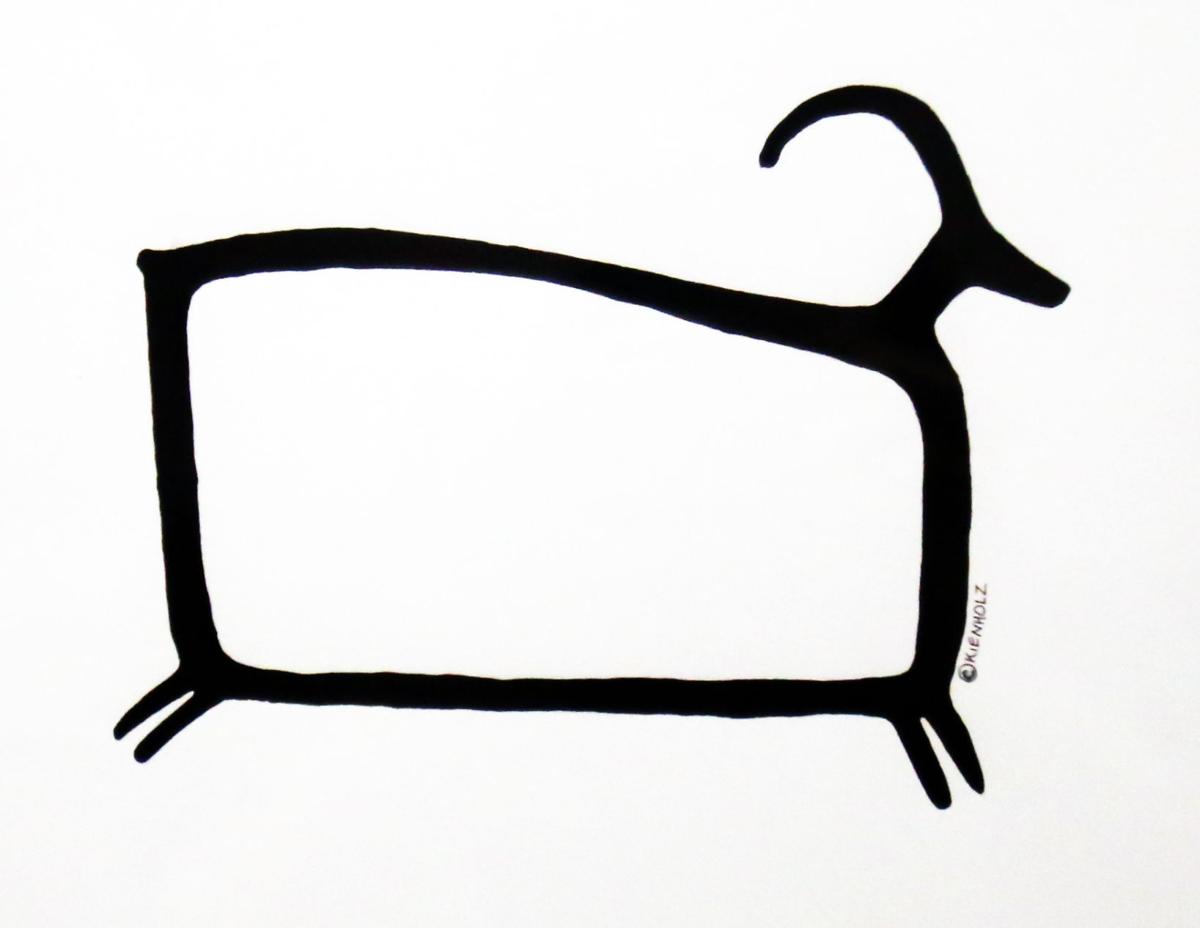 Susan Kienholz, an area artist, bases her work on petroglyphs. For the fifth year, Kienholz is presenting Petroglyphs of the Southwest at the Ute Indian Museum. 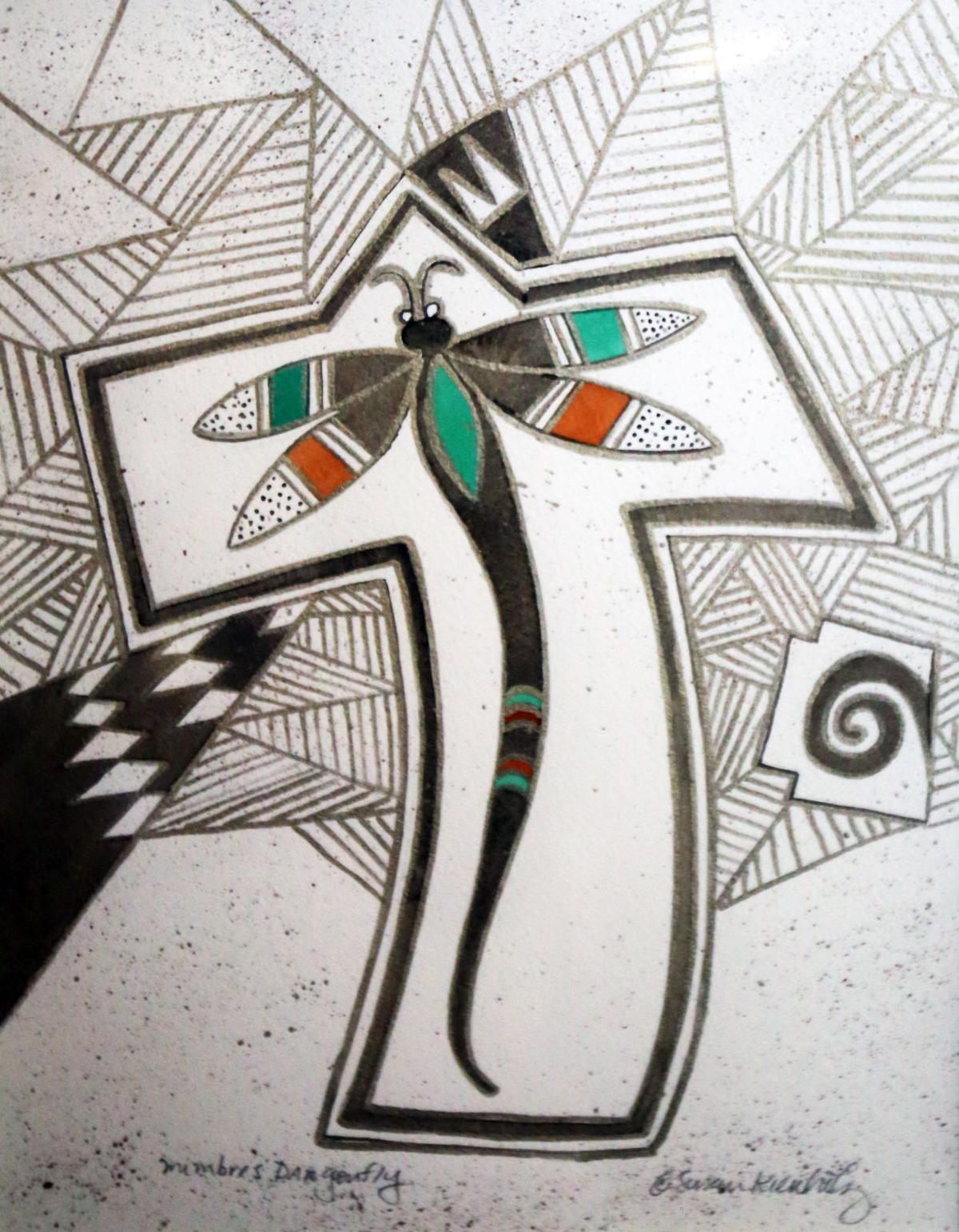 The exhibit at the Ute Indian Museum is the kickoff of fundraising to help with the museum expansion fund. 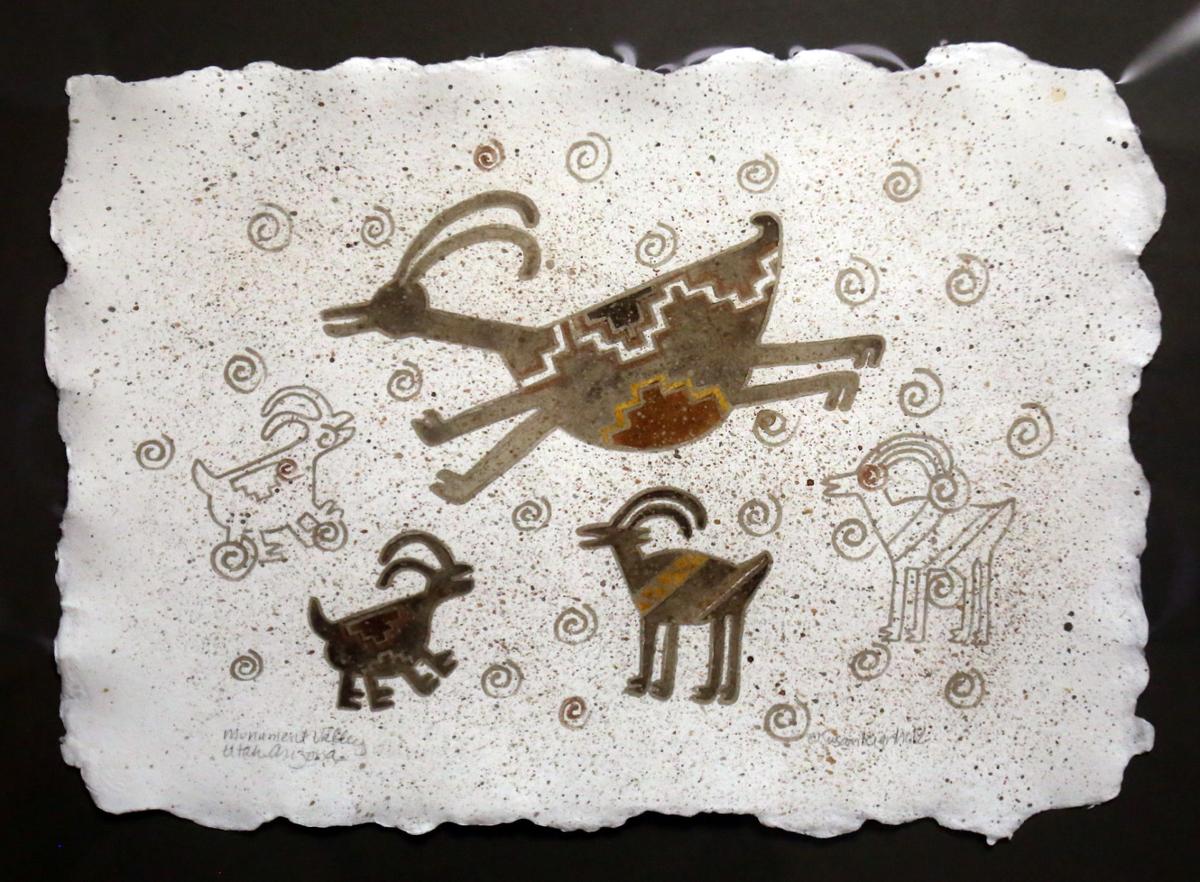 Petroglyphs of the Southwest, an art exhibit by Susan Kienholz, will be on display until Aug. 1 at the Ute Indian Museum, which will close the next day for a yearlong expansion project.

Susan Kienholz, an area artist, bases her work on petroglyphs. For the fifth year, Kienholz is presenting Petroglyphs of the Southwest at the Ute Indian Museum.

The exhibit at the Ute Indian Museum is the kickoff of fundraising to help with the museum expansion fund.

Petroglyphs of the Southwest, an art exhibit by Susan Kienholz, will be on display until Aug. 1 at the Ute Indian Museum, which will close the next day for a yearlong expansion project.

Not only a part of history, the Native American culture is present and thriving.

“We are an important part of the community and it is time for old stories to be retold and new stories to be shared,” Ute Indian Museum Director CJ Brafford said about Native American people. “I think many times people think about us (Native Americans) as part of history, and forget that we are part of society today.”

Part of that story is told through petroglyphs. The rock art is thought to depict ancient ways of life. Each May, Colorado celebrates Archeology Month and the Ute Indian Museum takes the opportunity to spotlight the petroglyphs that can be found in the Southwest United States. According to the Shavano Valley Petroglyphs Trail Guide, the area 5.5 miles west of Montrose, is home to a number of petroglyph sites. The area was once home to nomadic Ute bands, who chronicled hunting, wildlife, plants and maps on the stone walls of the valley.

Local artist Susan Kienholz bases her artwork on petroglyphs. This is the fifth year that Kienholz has presented Petroglyphs of the Southwest, an art exhibit at the museum. Kienholz has visited numerous petroglyph sites. She photographs the rock carvings and creates her own artistic interpretation of the drawings.

“The most important thing is educating people about the sites, so we can preserve them,” Kienholz said.

Destruction of the sacred sites is common.Vandalism includes broken sections of rock from the collection of petroglyphs; spray-painted graffiti on rock faces; and individuals touching the petroglyphs and degrading the quality of the images because of oils from their skin. The best way to preserve the art is to take photographs and stay on designated walking trails.

Kienholz is fascinated with the designs and said she wonders about the meaning ancient people intended.

“We aren’t exactly sure what the drawings mean,” she said. “They (the petroglyphs) do show us a history of this area and people can get to know what was here before us.”

Many of the sites are open to the public and can be viewed after a short walk on improved trails. Jack and Nancy Robinson of Greeley came to Montrose specifically to visit the Ute Indian Museum. Celebrating their 51st wedding anniversary, the Robinsons moved to Colorado from Florida 47 years ago. “We were supposed to retire back to Florida,” Jack Robinson said. “Colorado is just too good to leave.”

Nancy Robinson is a retired educator. She has taught Colorado history and specifically focused on the Northern and Southern Ute people. She loves the “peaceful nature of the culture” and finds the petroglyph exhibit truly beautiful.

The art exhibit is the kickoff of fundraising to help with the museum expansion fund. Twenty percent of the sales from the petroglyphs exhibit will be donated to the Museum Expansion Fund. The museum will be closing on Aug. 2 to start a yearlong expansion. The Ute Indian Museum will celebrate Colorado Day as the final day it is open to the public on Aug. 1. Brafford said the museum hosts about 14,000 visitors from around the world each year.

“We are care keepers of the ancient belongings of the Ute people. It is my job to uphold tradition and educate people about the Ute way of life,” Brafford said. The planned expansion is an opportunity “to retell the story of the Ute people, through their eyes.”

Brafford said new features planned for the museum include a community space that could be used for family picnics, weddings and art shows. She hopes to host activities such as dinners in the teepees and powwows in the future.

Celebrations on Aug. 1 are free and open to the public. The museum is asking the community to come out and be a part of the legacy by signing the south wall of the building. The wall of signatures will be photographed and reproduced on canvas for future presentations. The first 100 visitors to the museum on Colorado Day will receive a gift of Norman Lansing’s artwork. Other activities will include a silent auction, scavenger hunts, discounts in the gift shop and an outdoor movie that evening. A sampling of the exhibits at The Ute Indian Museum will continue to be displayed at the Montrose Visitor Center during the expansion.

Petroglyphs of the Southwest will be on display until Aug. 1. It is accompanied by a large display of traditional rugs and tapestries that have been hand-made. The weavings are part of the Adopt-a-Native-Elder Program. For information on exhibits or to schedule a docent to tour the Shavano Valley petroglyphs call the Ute Indian Museum, 249-3098.