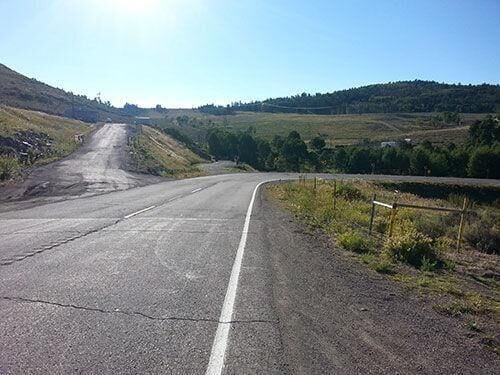 A stretch of road on U.S. 50 near Little Blue Creek Canyon is up for major improvements, but state and local leaders remain concerned about the length of highway closures during the project. 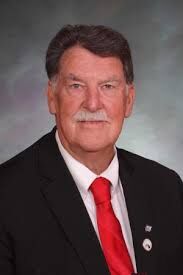 The Little Blue Creek Canyon Project might not proceed until an agreement has been reached over the closure periods state and local leaders say are too restrictive and detrimental to the local economy.

The project, entailing extensive work on a vital section of U.S. 50 between Montrose and Gunnison, generated concern from state Sen. Don Coram, who with other leaders balked at closing the highway through Little Blue Creek Canyon for 19 hours a day, although they acknowledge safety improvements are needed.

Coram, R-Montrose, last year secured the support of Gov. Jared Polis in an attempt to delay the project, led by the Federal Highway Administration. He said that recently, Colorado Department of Transportation Director Shoshana Lew told the Central Federal Lands Office CDOT would not proceed with the project until there is an agreement over the closure periods.

Lew, Polis, Coram and others also recently sent a letter to U.S. Department of Transportation Secretary Pete Buttigieg, proposing that the highway be opened for three hours more, by adding an hour to each of the stated opening times.

The project, between mile markers 123 and 127 (roughly 30 miles east from Montrose and 30 miles west of Gunnison) is propelled by several fatalities in the past 10 years and 230 crashes CDOT and the Federal Highway Administration recorded between 2000 and 2018.

The $40 million project is funded in part by a $20 million award to CDOT through the Federal Lands Access Program grant.

It is slated to start in April and continue through 2023.

The nature of work requires highway closures — but 19 hours a day is unacceptable, Coram, Polis and the others who signed the letter to Buttigieg indicated.

Under the current plan, according to the last available information, the road would be fully open to two-way traffic on weekends. Weeknight full road closures would be in effect from 7:30 p.m. — 6:30 a.m., April — mid-October, depending on weather.

The Polis letter calls on the FHWA and contractor American Civil Constructors, LLC to expand motorist access by an extra hour during each window.

CDOT made the request to the Central Federal Lands team and contractor in a Jan. 29 meeting, at which the parties agreed to a followup meeting in about three weeks.

Coram said that meeting has not been slated yet, but that it is expected to be held in Montrose, Gunnison, or both locations.

The letter to Buttigieg states the need to mitigate construction impacts the Little Blue Creek Canyon project will have on Western Slope communities, even though safety improvements are necessary.

Although letter signatories were pleased to see the design bid awarded to a firm with a strong track record in western Colorado, they said “it is vital to work with the impacted communities as the construction schedule is finalized and to do everything possible to address their concerns before work begins.”

The highway is “an essential arterial” between the Western Slope and the Front Range, serving a growing number of commuters, businesses, tourists and others.

The project has long been a priority for local governments and is the last section of roadway adjacent to other safety projects that have been completed.

The stretch in Little Blue Creek Canyon has the highest safety concern on a Level of Safety Service scale; “the tightest curve within the project limits has recently been averaging one fatality a year,” the letter states, also expressing appreciation for a $20 million grant from the Federal Lands Access Program.

“Unfortunately, for the same reason the project is necessary, the safety improvements will be very challenging to construct, as the roadway is located in a narrow canyon surrounded on both sides by steep rock walls,” the letter states, acknowledging some of the work will be impossible without some full highway closures.

However, those closures must be sensitive to the needs of affected communities and the letter’s signatories say the current planned closures are “too limiting” and will harm businesses and residents.

In offering agriculture as an example, the letter states haulers depend on the route to transport $225 million in ag-based commodities and that 4,000 loads of timber heads to market each year via U.S. 50. As well, health care providers and Western Slope residents use the route to access Montrose Memorial Hospital.

If the time slots open to traffic are expanded, the project schedule would need to be identified, along with the impacts of additional costs and project length, the letter further acknowledges.

In the document, signatories asked the Federal Highway Administration to provide feasible options, with pros and cons. “We appreciate if you could reiterate the importance of honoring this request,” the letter states, adding that “time is of the essence.”

“We believe it is possible to reduce the current closure plan, while still allowing the required amount of time for completing the project. Through innovative approaches and good project management, we can lower anticipated impacts on local communities.”