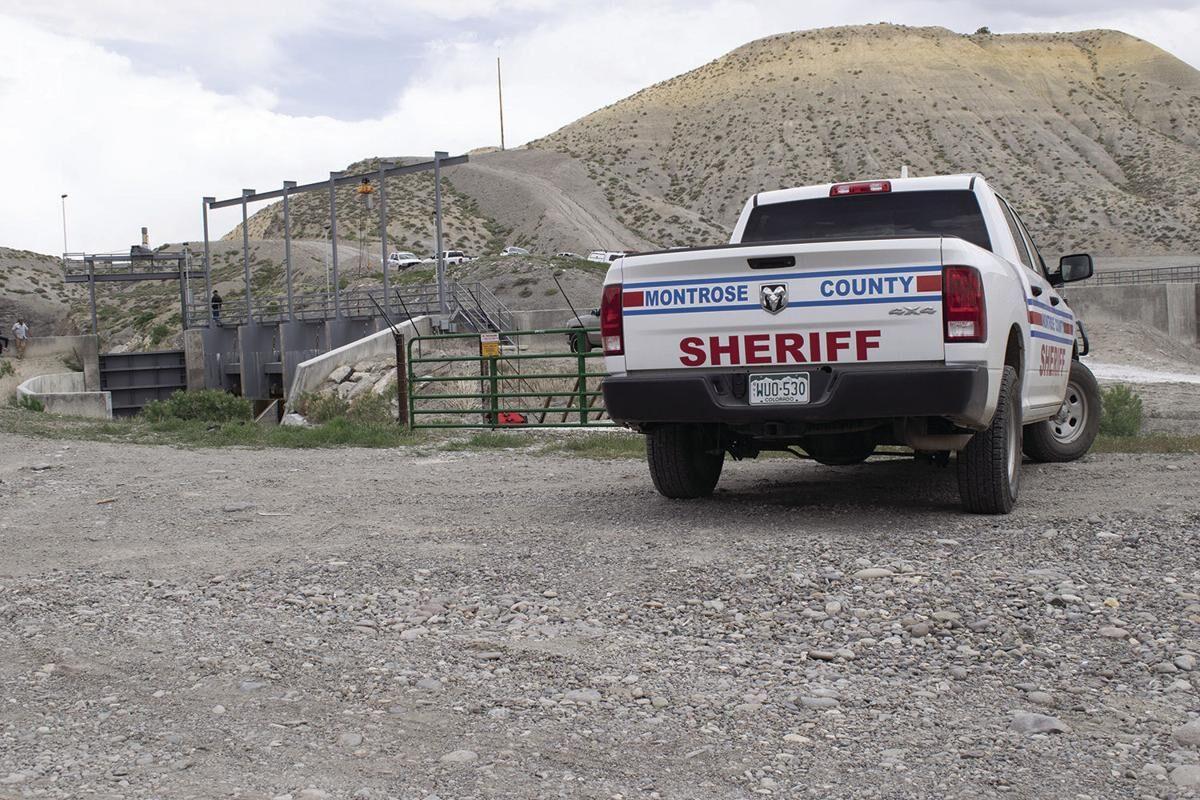 Sheriff’s vehicles line the ridge above and the parking area below the Drop 5 power generation station on the South Canal, where Montrose teen and his dog’s bodies were found in 2019. The youth’s family is suing the Uncompahgre Valley Water Users Association, alleging negligence and that the association has liability as the landowner. (Justin Tubbs/Montrose Daily Press file photo) 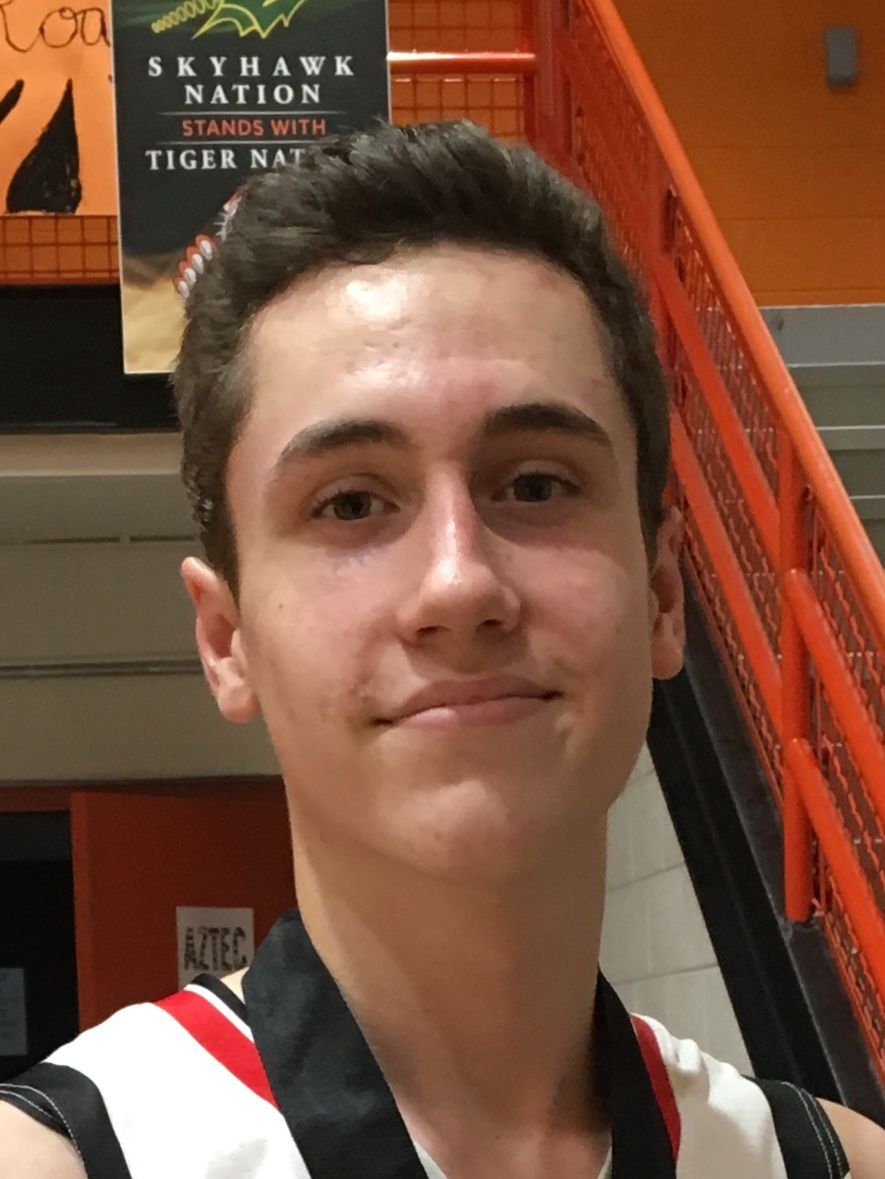 Connor Imus drowned in the South Canal May 5, 2019. It is believed he was trying to save his dog, Bella, whose body also was found in the canal. (Submitted photo)

Sheriff’s vehicles line the ridge above and the parking area below the Drop 5 power generation station on the South Canal, where Montrose teen and his dog’s bodies were found in 2019. The youth’s family is suing the Uncompahgre Valley Water Users Association, alleging negligence and that the association has liability as the landowner. (Justin Tubbs/Montrose Daily Press file photo)

Connor Imus drowned in the South Canal May 5, 2019. It is believed he was trying to save his dog, Bella, whose body also was found in the canal. (Submitted photo)

A Montrose family whose teenage son and dog drowned in the South Canal in 2019 hit the canal’s operating entity with a wrongful death suit on May 4.

Their attorney said Matt Imus and Emily Imus, parents of the late Connor Imus, are also pursuing a federal claim against the land management agencies involved with the canal. This is action is undergoing a required administrative resolution process and could proceed to a lawsuit, pending that outcome.

The Uncompahgre Valley Water Users Association’s attorneys say in filings that Connor’s death was the result of his own actions, when he apparently jumped into the canal to save his dog, Bella.

Both were swept away by the deceptively calm-looking water and drowned. Connor, a standout on the Montrose High School basketball team, was 17.

As the canal operator, the UVWUA had duties to Connor to mark the property as private and to make clear the dangers of the canal, the lawsuit argues. But per the suit, on May 5, 2019, there was not a chain, a fence or other means of closing off the canal, nor was there signage warning against trespassing and the dangers at the spot where Connor fell in.

The Imuses are suing for negligence resulting in wrongful death and under premises liability resulting in wrongful death, as well as asserting survivors’ claims. They assert UVWUA’s wrongful actions or omissions caused injury and damages to Connor, who lost his life, and also caused ongoing injury to his parents, who continue to suffer emotional distress, pain and grief because of their son’s death. The plaintiffs want a judge to determine compensation for their loss and suffering; the filing does not specify an amount.

The UVWUA’s attorneys said they had no comment at this time.

“We’re mindful of the fact that the canals are important and necessary,” plaintiffs’ attorney Keith Killian said Thursday. “All we’re saying is if it’s your property, you have to do something to protect the public from it, especially people who don’t have a bad purpose.”

Connor believed the canal to be public property and it is presumed he was trying to save Bella, Killian said.

“When you look at it, it looks like the water is relatively calm and shallow. There’s an illusion of that. Unfortunately, that’s not the case. It’s very swift water and it’s very deep water,” he said.

Even a good swimmer and even a dog breed that is a known good swimmer would find peril in such a waterway, he said.

Further, Killian contends, the water users association had due warning that its canals were dangerous. In 2010, local DJ Rick Steele fell into the canal and drowned; his body was recovered scant miles from where Connor and Bella were found in 2019.

In their Monday response, defendants’ attorneys objected to the suit’s reference to Steele, saying what happened had no similarity to Connor’s death years later.

“The greater the danger, the greater the duty to protect people from it,” Killian said Thursday. “We’re alleging that the Uncompahgre Valley Water Users Association didn’t use common sense.”

On May 5, 2019, Connor took Bella for a walk. Later that day, his parents learned hadn’t showed up for work as scheduled; they pinged his cell phone and found the device, along with his key, near the canal.

His mother reported him reported missing; law enforcement, Delta-Montrose Electric Association (which uses the South Canal for hydropower) and the UVWUA launched a search. The water users lowered canal levels at the intake bay. Bella’s body was found in grates near the turbine.

On May 6, the UVWUA, with DMEA’s permission, further dropped canal levels. Connor’s body was found on a shelf feature near Drop 5 of the hydro-generation station.

In the weeks after the teen’s death, the Montrose County coroner met with UVWUA and then called for more safety features in canals, such as ladders or grates near power turbines, and also said there should be more warning signs along the canal. He said the way the canal at Drop 5 is constructed makes getting out impossible because there are no footholds on the slick concrete “sluice” and the water is swift.

“My intent is not to generate a lawsuit, but to save lives,” Dr. Thomas Canfield said at the time.

The UVWUA at the time said more signs were in the works and that there were already signs in certain areas warning against trespassing, however, the association manages 600 miles of canals.

The Imus lawsuit alleges UVWUA failed in its duty of care to Connor; that as the “landowner” where the drowning occurred, it was legally responsible for conditions, and that, far from being a trespasser, the teenager was operating under the notion that the canal was public. He therefore was an “invitee.”

But in addition to arguing the Imus’ claims were barred by statute, attorneys for the water users disagreed about Connor’s status the day he died.

The answer says the federal government owns the land where the canal flows and thus is the “nonparty at fault.”

Overturf also disputed the lawsuit’s claim that it was only after Connor’s death that the UVWUA, Bureau of Reclamation and/or Bureau of Land Management placed warning signs.

These allegations refer to remedial actions after the fatal accident that are “irrelevant to the case (and) would be inadmissible at trial,” the defendants’ answer states.

Killian said Thursday that even a trespasser — which the plaintiffs dispute Connor was — are owed reasonable care, protection and warning.

“ … We’re not saying it’s OK to sue for no apparent reason. We are saying the law applies to government agencies and quasi-governmental agencies just like it applies to any other property owner.”

All parties have requested a jury trial, which has not been set.