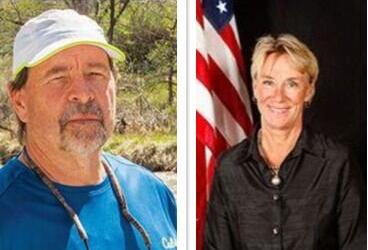 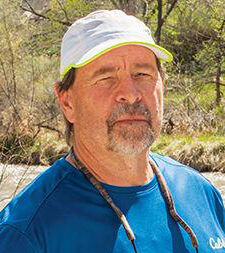 One critical resource upon which the Western Slope is entirely dependent — water — is now in the center of a perfect storm of events.

A decades-long drought, diminishing snowfall and rain amid warming temperatures resulting in decreasing river and stream flows, coupled with growing populations is driving unprecedented competition for our water between urban centers and rural areas like the water-rich Western Slope.

At stake is the most precious commodity on Colorado‘s Western Slope and in the Gunnison and Uncompahgre basins: the Colorado River and its many tributaries. Growing cities on Colorado’s Front Range have a bullseye on this water, as do the cities and states of the arid Southwest and West Coast.

Our water is at risk.

Since 1937 The Colorado River District has been our Western Slope water watchdog, protecting and conserving the water resources of three major river basins in northwest and west-central Colorado. The district serves as our advocate, educating, evaluating, and, when necessary, litigating to keep Western Slope waters on the Western Slope for our use and enjoyment.

From the Continental Divide to the Utah border, there are 15 Western Slope counties and 500,000 people in the district.

The scope of what the district does has evolved. Early efforts secured water rights for Western Slope use and advocated for federal money to support the Western Slope’s agricultural community.

The district’s mission is to protect community drinking water supplies, water for farming and ranching and ensuring adequate water quantity and quality, while creating healthy rivers for boating, angling and recreational enjoyment- the very essence of the Western Slope.

One of the most threatening situations facing us is the 99-year-old Colorado River Compact. This seven-state water sharing agreement splits the water between up and downstream states, with 7.5 million acre-feet per year guaranteed to the downstream states and the remainder available to the headwater states.

Additionally, the river district is facing a revenue crunch that is not of its own making. But it’s something we can all help solve.

Declining revenue from reduced activity and prices in the energy sector, and revenue declines from the effects of the state’s Gallagher and TABOR amendments have heavily impacted the district’s budget.

Expense cuts totaling 15% and significant staff reductions have already been made, but demands on our water are multiplying while the district’s resources for dealing with them are dwindling.

That’s why I ‘m asking you to support ballot measure 7A. The district is asking for a modest tax increase of less than one-quarter of one mill. This will increase the amount you pay by $1.90 per year for every $100,000 of home value.

If approved, it will yield an additional $4.9 million annually, with 86% of that money becoming a catalyst for projects from partners within the district. The remaining 14% will be used for the increased costs of doing business. None of the money will be used for new staff.

I cannot think of a ballot question in recent years more worthy of a “yes” vote than ballot measure 7A.

Our Western Slope water, economy and lifestyle is at stake.