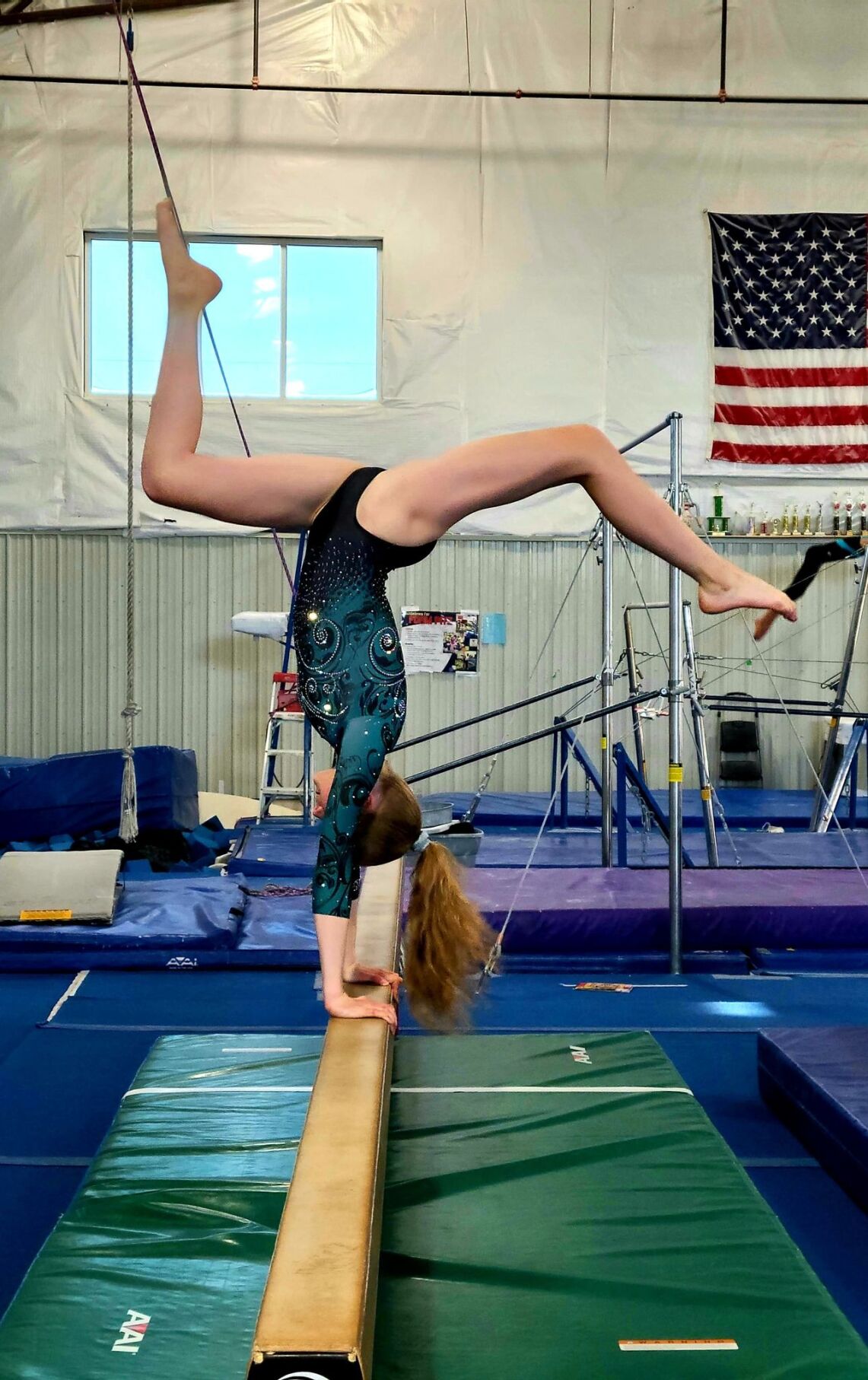 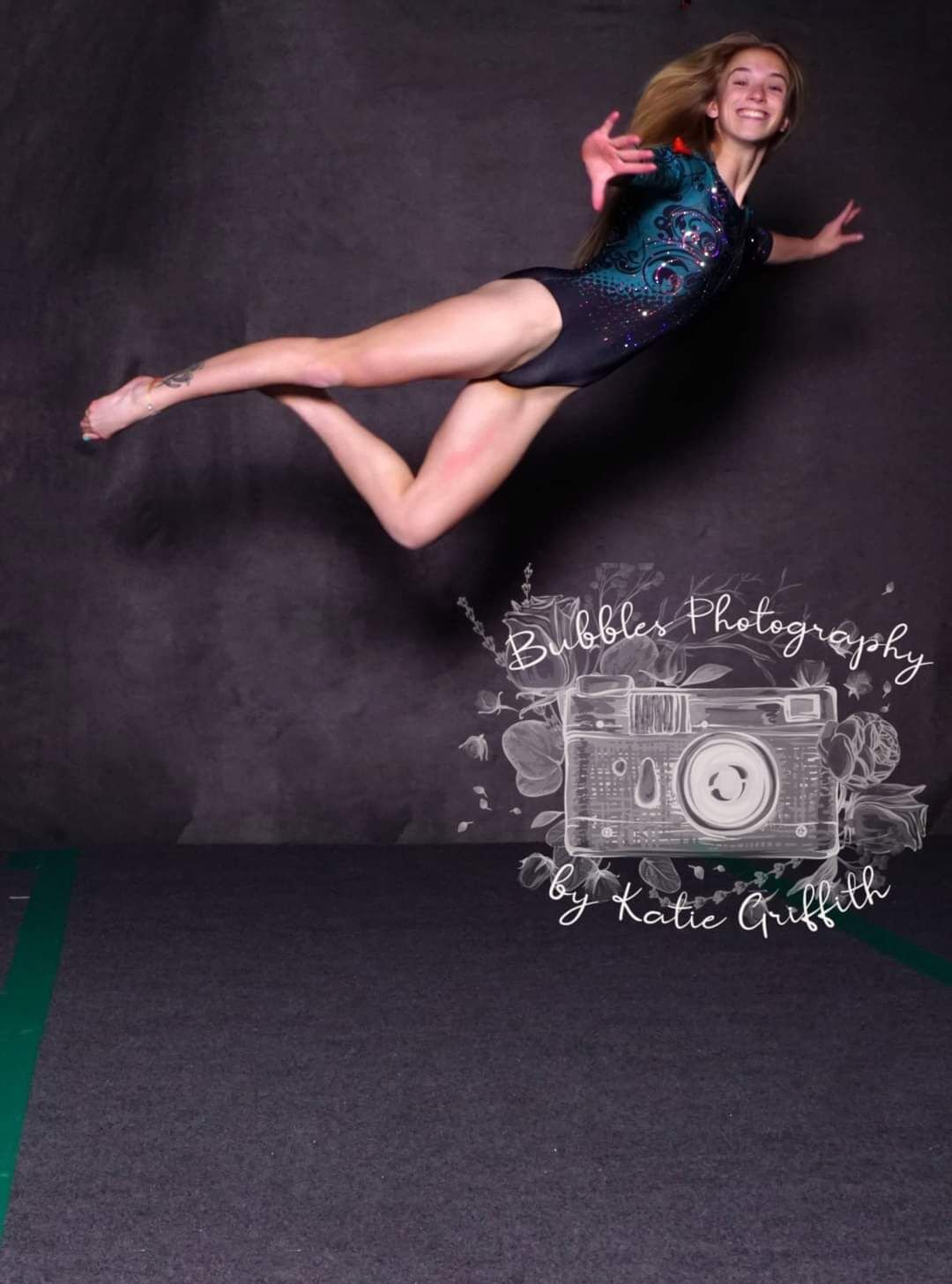 Local gymnasts with Black Canyon Gymnastics had a tougher than usual choice earlier this year. Fully integrate themselves to their craft, or do what they could before another announcement says they’ll have to postpone their season?

“After COVID (restrictions loosened), it was hard for them to emotionally commit because they didn’t want something taken away from them again,” said KJ Almgren, owner of Black Canyon Gymnastics.

It wasn’t until mid-season that the gymnasts started to fully commit. At that point, the rest of the season was secure, with public health and safety restrictions in the county loosening. They started to commit more in practice, take more reps with better corrections and started to strive for goals they set out before the season.

There was a slow start due to the pandemic, but the season progressed and everything started to pick up speed. The gymnasts have competed in Grand Junction, Highlands Ranch, Arapahoe and Montrose.

The girls needed a leader, and had one in Lily Burton, a senior at Montrose High School. Burton often attended extra practices, and though at the diamond level, took time to practice with the younger girls at the silver and bronze level.

On the mat, she showed off a new skill in every event, a difficult accomplishment to complete, Almgren said. She did that coming off an injury while participating in color guard at MHS, not to mention having to reestablish herself once COVID threw preparation and nearly everyone’s approach off course.

“She was such a leader,” Almgren added. “Our team would have fallen apart without her. She was the one to refocus all of the girls and get them energized about competition… she has shown the most dedication and commitment to training.”

That dedication paid off at state earlier this month, where Burton placed 2nd on vault.

“She’s been our driving force again and again,” Almgren said. “... she had that much dedication to make her senior year great.”

Other members of the team, like Kenzie Howell, in diamond, finished 5th on floor, and platinum members Risha Lutz, Olivia Schmidt and Ann Richmond placed in the top five in their respective events, including a third place finish for Lutz on beam.

The placements come more than a month after the gymnasts had to fight through near empty crowds. Gymnastics, often accompanied by a heavy parent presence at meets, wasn’t allowed that benefit at the start of the season. Only one spectator per participant was permitted, and that slowly gradually turned into two spectators before restrictions allowed for a larger audience.

It’s why the home meet on April 24 was the most energetic yet, featuring a much fuller crowd, and a steady support system for the Black Canyon gymnasts.

“The triangle of athlete, parent and coach is so important,” Almgren said. “To have the parents back in the gym supporting their kids made all the difference.”

Schmidt, a standout gymnast herself, will head to regionals to represent the team. The team, overall, had consistent top three finishes at every meet.

“Olivia stands an excellent chance of placing on beam,” coach Jessica Yarnell said. “She is a great representation of the team for her steadiness and confidence while competing.”

At the gold level, Emarie Simpson placed fourth on bars, and Brooklyn Lee was fourth on vault. Emmy Maxwell placed second in vault and on bars, and Keira Oldroyd and Alaina Smethhurt both placed third on beam.

The bronze and silver teams’ season continues at state meets in June in the Denver area.