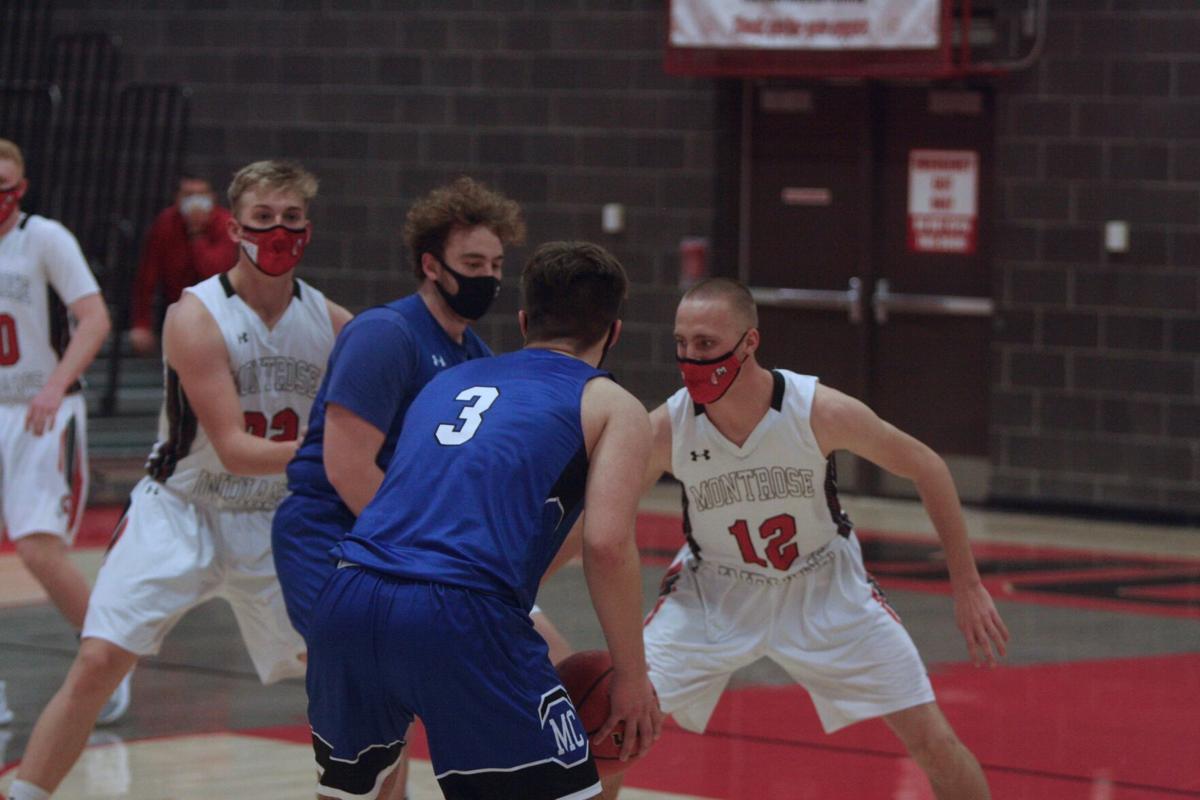 Luke Hutto, right, works to avoid the screen during a game against Moffat County on Wednesday, Feb. 10, 2021. 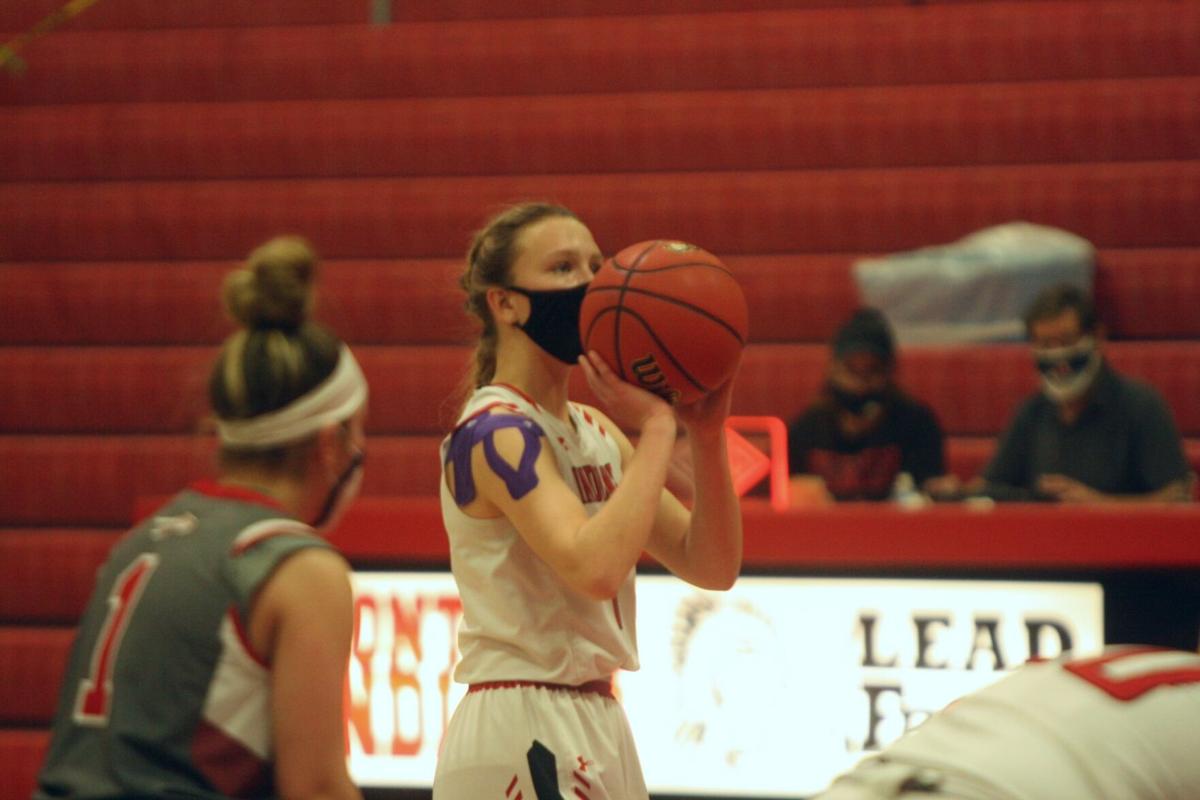 Luke Hutto, right, works to avoid the screen during a game against Moffat County on Wednesday, Feb. 10, 2021.

Facing a pair of formidable teams in a road week, the Indians, much like they have all season, finished both games strong, defeating Fruita 52-48 on Tuesday and Durango 50-42 on Friday.

The road victories moved the boys to 9-0 overall and 4-0 in league play. It’s by far the best start to a season for Montrose under coach Ryan Voehringer.

The week wasn’t without its scares, though. Leading 45-34 through three quarters against the Wildcats, the Indians were held to seven points in the fourth quarter. Fruita made a late-game push, scoring 14 to close to gap. Luke Hutto scored 21 points, matching a season-high, with four blocks, and he was followed by Fletcher Cheezum with 14 points and 10 points from Ashden Oberg.

Montrose didn’t fare well from beyond the arc (5-for-19 shooting), but made up for it by moving the ball, notching 17 assists and nine steals. Both teams secured 25 rebounds, though Montrose won the turnover battle 9 to 12.

Through three quarters, the matchup against Durango was much tighter, There were 11 lead changes in the game, as the conference rivals were tied at 38-38 with under four minutes to go in the fourth quarter.

A three-point field goal from Cheezum pushed momentum in the Indians’ favor, and they didn’t give it back. Cheezum had a two-point make and added another three to give Montrose a 46-42 lead. With under a minute left, an Oberg make iced the game, with Hutto adding a pair of free throws after.

Defensively, the Indians limited the Demons to 15 points combined in the second and third quarter, and outscored their opponent 16-12 in the fourth.

The successful road trip has the Indians as the top team in the conference Grand Junction is second at 2-2. They are averaging 57.3 points per game, and continue to secure the ball, with 12.3 turnovers per contest, a healthy mix helped by the fact that they have yet to be held under 50 points.

Montrose will be home next week on Tuesday and Thursday for games against Grand Junction and Delta, two matchups where the Indians secured victories earlier this season.

After inching closer to .500 with a home win over Central last Saturday, the Indians weren’t able to continue the climb on the road. The girls dropped both contests, to Fruita and Durango, losing 40-34 and 57-38, and fell to 2-6.

Though the Indians shot 42% from the floor against the Wildcats, they weren’t able to capitalize on every opportunity, scoring more than 10 points once in four quarters. Montrose led 29-24 before the start of the fourth, but the Wildcats pounced, scoring 16 points in the quarter to the Indians’ five en route to their league leading fourth victory (7-1 overall).

Taylor Yanosky had a near double-double, scoring 10 points with nine rebounds, and Josie Coulter was 4-for-6 and nine points. They outrebounded the Wildcats 28-18.

The Demons, despite being 4-4, offered a stiff defensive front. They’ve held four teams to 26 points or less through eight games, and continued that effort against the Indians, holding the group to 17 points through the first two quarters.

The pair of losses mark the third two-game losing streak this season for Montrose, who ended the first two with separate wins.

The loss against Durango is just the second occasion the Indians lost by more than six points, as four of their losses have come in close games.

Montrose has one home game next week before another two-game road trip. They welcome Grand Junction on Tuesday — the first matchup went to the Tigers — before playing Delta on Thursday and Grand Junction Central on Saturday. It’s perhaps the most important stretch of the season for Montrose, who will need to tally some wins to get back into the picture for this year’s playoffs, much more limited this season due to the modifications, and seniors Hailey Sella, Bailey Beard, Morgan Carroll and Jaycie Casebolt will look to help give the Indians a strong finish.