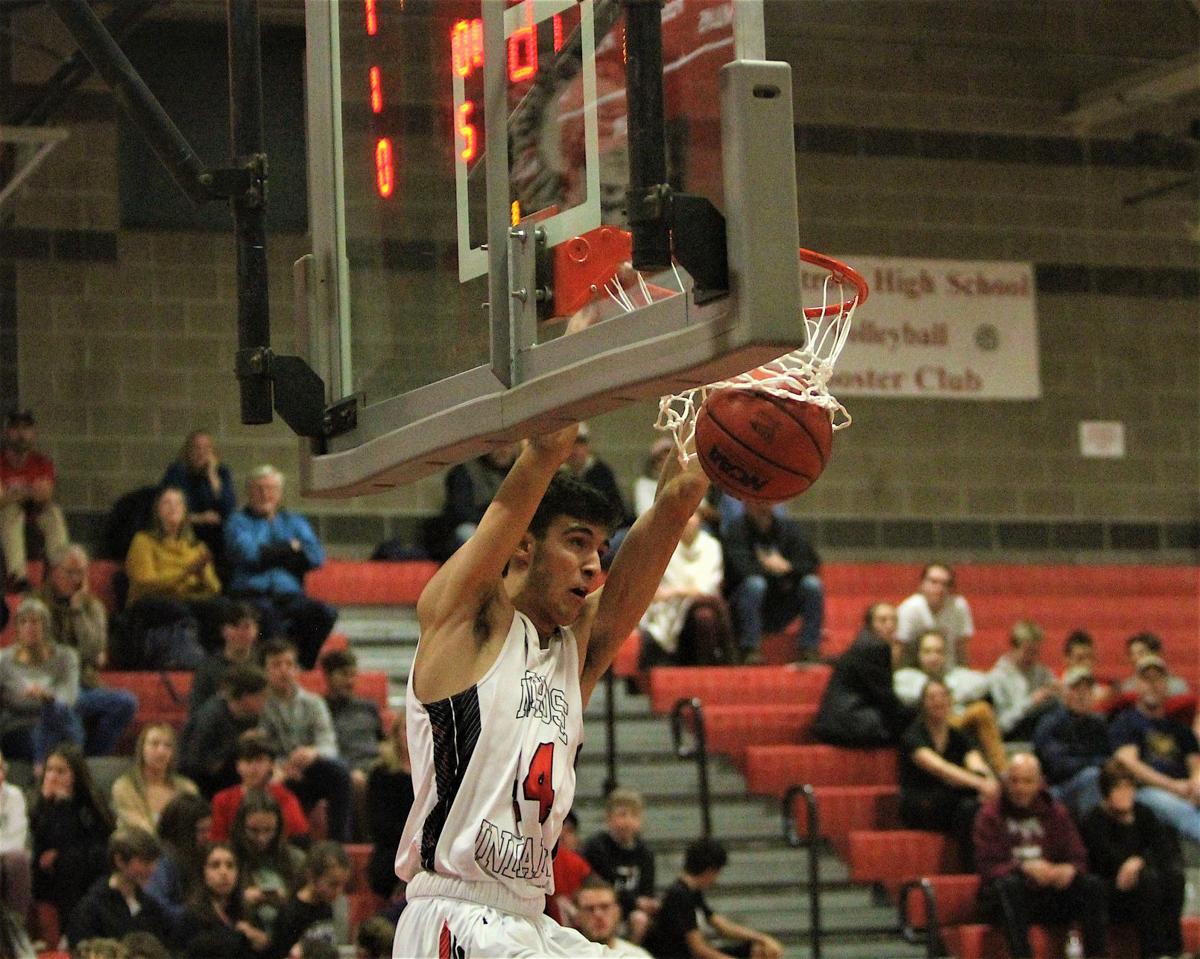 Montrose forward Trey Schwerdtfeger throws down the dunk after getting a steal Tuesday against Rifle at home. (Andrew Kiser/ Montrose Daily Press) 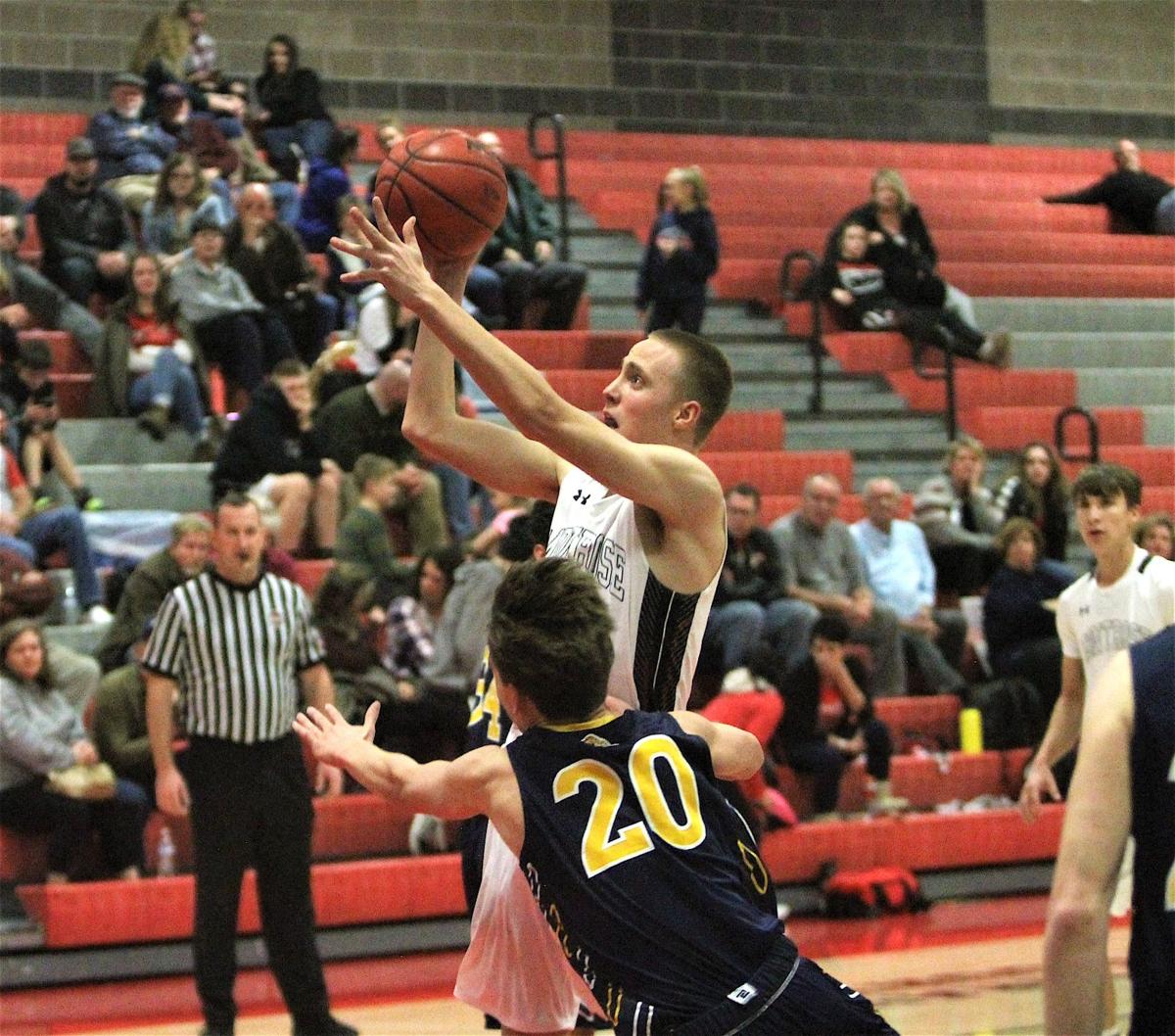 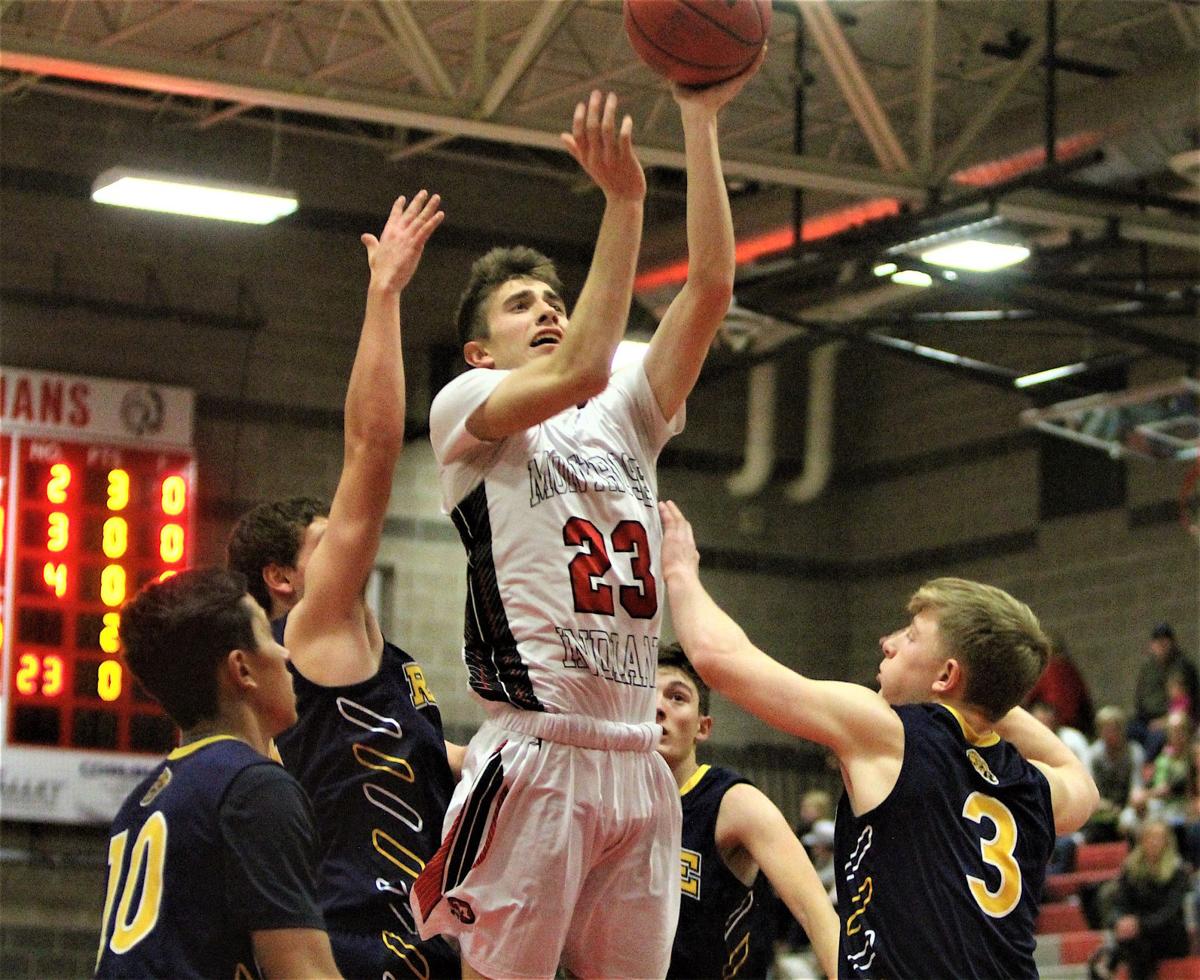 Montrose forward Trey Schwerdtfeger throws down the dunk after getting a steal Tuesday against Rifle at home. (Andrew Kiser/ Montrose Daily Press)

For a 64-53 win, in which the Indians led wire-to-wire, coach Ryan Voehringer wasn’t particularly pleased with his team’s defense coming out of halftime Tuesday against Rifle.

“That’s the worst defensive half of basketball that we played in the six years that I’ve been here,” Voehringer said of his boys hoops team that allowed 34 points in the second half.

“Credit Rifle. They spread us out and got to the rim but we’ve got to be better than that.”

Forward Luke Hutto agreed with his coach, saying even though the offense clicked in the win over the Bears, the Indians’ defensive performance can’t happen again.

“We let them get on a run. ... (Allowing 53 points) is not where we wanted it to be. We are pretty good on offense but we’re not going to win tough games because of offense,” said Hutto, who finished with 20 points.

The offense has been quite potent since Hutto came back earlier this month from an injury that sidelined him from playing in the Glenwood Tournament and the Black Canyon Classic.

The Indians have scored at least over 60 points in four of their past five games since Hutto’s return - the one outlier was a 59 point effort against Rock Point of Arizona.

Hutto still isn’t 100 percent but the Rifle game was his best performance so far this season, Voerhinger said.

“He just makes everybody around him better,” Voehringer said. “He spaces the court for us. He can get to the rim and he’s a good passer. We just do a lot of different things when he’s in the lineup.”

That was the case against the Bears.

Sean Alex had a game-high 21 points, which included a pair of 3-pointers, while the Treys, Reese and Schwerdtfeger, combined for 17.

The game was a tale of two halves as the Indians created a big lead in the first quarter.

Montrose secured its first double-digit advantage midway through the opening period as the home team led 23-12 after one.

The second quarter was more of the same for the Indians. Alex and Hutto went to work in this frame as they scored 13 of Montrose’s 15 points while the team limited Durango to seven.

During this quarter, Montrose got out to its biggest lead of the contest at 22.

Despite Rifle controlling most of the second half, Montrose still kept the Bears from pulling off a major come-from-behind victory.

The Bears outscored the Indians 15-13 in the third quarter before the visitors hanged 19 on the hosts.

Rifle cut the lead to single-digits at 53-44, but Montrose went on a short 5-0 run and the Bears never got closer.

The Indians (11-3) next start Southwestern League play at 7 p.m., Friday, in Durango,

This will be a tough matchup for Montrose, as playing at Durango presents its own challenges.

“Friday night in Durango, it’s going to be loud,” Hutto said. “But I think if we all do our job then we’ll definitely win.”

Voehringer added this game starts the second half of the season with league play in which the Indians’ record nor does their SWL opponents’ record matters anymore.

“That place is going to be packed. Durango has big athletic kids so we’re going to have much better defensively at their place,” Voehringer said.