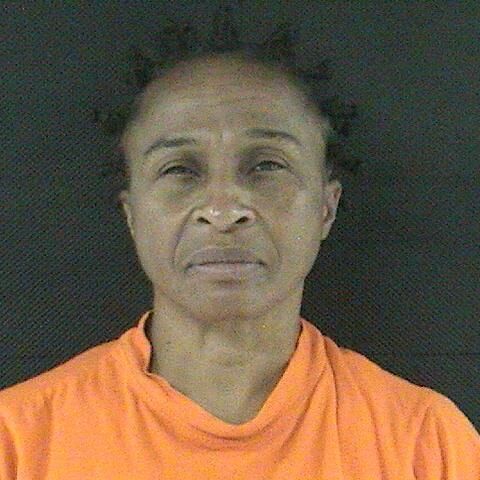 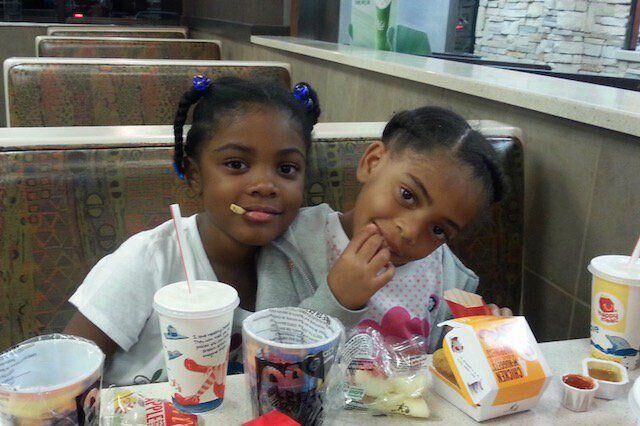 Religious beliefs cannot not justify leaving Hannah Marshall and Makayla Roberts to roast to death in a parked car, Ika Eden was told Friday, when she received a 96-year prison sentence.

Ika Eden was one of five members of an apocalyptic religious group to be held criminally responsible in the young sisters’ 2017 deaths in Norwood. A Grand Junction jury last month heard Ika Eden’s case after a change of venue. Jurors spent about 30 minutes in rendering guilty verdicts for two charges of child abuse resulting in death.

“What the court needs to make clear is that practicing your beliefs can’t come at the cost of a child’s life,” Assistant District Attorney Rob Zentner said Friday.

Makayla and Hannah were 10 and 8, respectively, when they died at convert Frederick “Alec” Blair’s farm. The group’s leader, Madani Ceus, deemed them impure, ordered them confined to a parked car, and warned others their souls were at stake if they gave the girls food.

Ika Eden, who uses both names as one, testified at her trial that she had obeyed Ceus — “Yahweh” to group members. Helping the girls, Ika Eden said, “wasn’t going to be my peril,” and further, because she believes the children were actually evil spirits called Devil Cain and Satan Abel, she wanted them to “reap what they sowed.”

Those were not the two names Zentner spoke in court Friday.

“Makayla Victoria Roberts. Hannah Elizabeth Rosealina Marshall,” he said, asking for a prison term of at least 32 years for each death, for a minimum sentence of 64 years. Because the convictions are statutory crimes of violence, he also said Judge Gretchen Larson would be on solid footing in imposing the maximum term of 48 years per count, consecutive.

“The stolen potential of Hannah Marshall and Makayla Roberts deserve no less than a consecutive prison sentence between the two counts of which she was found guilty,” Zentner said.

The children died sometime during the summer of 2017.

After Hannah and Makayla succumbed to likely starvation, heat and thirst, Blair and fellow group member Ashford Archer taped a tarp over the vehicle where the girls perished, and their small bodies were left to mummify in the backseat amid trash. Writing later found in the car appeared to be in a child’s hand and stated: “Cosmos, what is happening to me?”

On Sept. 8, 2017, Blair’s father and a friend checked on him at the property. Blair then disclosed the deaths and his father summoned the San Miguel County Sheriff’s Office.

Blair, Ika Eden, Ceus, Archer and the girls’ mother, Nashika Bramble, were all arrested. Ika Eden was the last to go on trial, having been deemed legally incompetent until February of this year. She then exercised her right to represent herself.

“Of myself, I can do nothing,” Ika Eden said in her sentencing argument. “But as I stated, this flesh that we use is governed by our spirit.”

Zentner’s argument was rife with errors, she said.

“He spoke about little girls. In my version, I stated every being comes here as an infant. This is not a regular child or case. It is a cosmic case. I have not tried to defend myself at any time.”

Ika Eden said that had she been delusional or in error, she would deserve a maximum sentence.

“But I know I did not operate by delusion or an error. I know that,” she said.

The prosecutors are deliberately keeping the “populace of Earth” from knowing the truth, Ika Eden also said.

Ika Eden then shared her truth with the court, referencing Adolf Hitler. Like everyone, Hitler came to Earth as an infant, yet a spirit millions of years old governed him, the defendant said.

“Adolf Hitler is alive today in a different flesh,” Ika Eden said, saying that spirit is now disguised as the Montrose judge who handled her codefendants’ cases. Bramble, she added, is really Ann Frank.

“She was the one those two children used to come here to this realm. Reincarnation is a truth,” Ika Eden said. “All these truths that have been hidden, it is time for them to be unearthed.”

Several people involved in her case are really the spirits that once also inhabited various biblical figures, ranging from Herod the tetrarch (while Archer is John the Baptist), to the Old Testament queen and king, Jezebel and Ahab, Ika Eden said.

“This case is not about me. At the end of the trial, even though I stated (assistant prosecutor) Robert Whiting is Jezebel, now he’s God in the man flesh,” Ika Eden said.

“ … There’s no malice in me. None. I deliver messages and I do what is asked of me. Everything is hidden and that is indicative of the House of Evil.”

That house has dominion and set up systems “contrary to the blueprints of the cosmos,” Ika Eden said.

“I am the vessel of my spirit. If I have written anything that is untrue in my cosmic affidavit … if I have defamed the character of Zentner and all the others, I deserve to receive the maximum. But I have been steadfast and loyal.

Of her codefendants, Blair pleaded guilty to helping Ashford conceal the car in which Hannah and Makayla were entombed. He was sentenced to 12 years.

The other three defendants are appealing their convictions.

Archer received 24 years for fatal child abuse and Ceus, the leader, was sentenced to 64 years for the same offense, although a jury in Gunnison acquitted her of murder. At her sentencing last year, Ceus distanced herself from the spiritual authority others said she wielded. She said she was Catholic and that she was the victim of bias.

Ika Eden believed so much in Ceus, though, that she once pounded the ground and declared she wanted even the spiders and snakes to know she was “here to serve” the leader, per Zentner’s Friday characterization of Blair’s trial testimony.

Pointing to pathologists’ testimony, Zentner said Hannah and Makayla had been systematically denied food and water — “essentially starved to death.”

The children didn’t view Ika Eden in the context of her beliefs; they viewed her as their caretaker and protector, as established by testimony, he also said.

Even after they were banished to the car, Ika Eden took them food and water — at first, Zentner said.

“She would respond to them crying out her name. Then the system changed to where she couldn’t have physical contact with these children because Madani Ceus said she couldn’t.”

Ika Eden took to skirting the car and the circle that had been drawn in the dirt around it. All the while, she knew their dire situation, but allowed it to happen, Zenter said.

Ika Eden did not seek outside help, although there were no barriers keeping her on the farm and the town of Norwood was within easy walking distance. Plenty of food — about 160 pounds of dried goods — was found on the property when investigators served search warrants, Zentner noted.

The extremism of Ika Eden’s conduct can be seen in the physical evidence, he also said, telling the court that an investigator had to return to the death car and collect a piece of Makayla’s scalp by prying it off the seat.

“That goes to the knowledge, the recklessness and quite frankly, the intent of Ika Eden here,” he said.

Everyone loves freedom, he reiterated. But: “These freedoms were not enjoyed by this 8- and 10-year-old. To use a word that came in through the witness stand, these girls were broken by the systematic actions of Ika Eden and these codefendants.

“They were broken, Judge.”

Freedom is not without limit, Zentner said, and on Friday, it fell to the court to express a “logical and humane” limit.

Ika Eden is without remorse, he said, so the rehabilitation prospects that a judge must consider are not relevant.

“This is a misguided, misplaced and illegal beliefs issue which caused the deaths of 8- and 10-year-old little girls. … Ika Eden would probably do this exact same thing if given the opportunity. Two children are dead. When you kill a child or allow a child to die, Judge, what you are doing is killing potential. She’s robbed two children of any possible future.

“These two sisters, beautiful, innocent, loving and full of potential … She broke them.”

A ‘twisted perversion’ of religion

The facts presented showed her Makayla and Hannah were “utterly dependent” on the adult group members, including Ika Eden, who, testimony established, was the children’s main caregiver. Yet, at Ceus’ say-so, Ika Eden stopped giving them food and water and would pass by the car often enough to hear them crying for help.

“It’s a gruesome, lonely death and the court cannot even imagine what Makayla and Hannah were going through in their final days,” Larson said. “ … She simply chose to let these girls die.”

Larson also agreed with Zentner that Ika Eden has not shown remorse and that even now, it is clear she doesn’t think she did anything wrong.

Larson quoted from Ika Eden’s writings. “‘These victims are the first fruit of the cosmic judgment.’ That’s what the difficult and scary part is for the court,” the judge said.

Ika Eden had once been a loving, hardworking mother to her own children but, after falling in with Ceus, “went from being prosocial to an antisocial person,” Larson said.

There was no reason to believe that if Ika Eden were to be released that she would not continue targeting people based on her beliefs, the judge further said.

“The teachings of Christ certainly do not contemplate leaving an 8-year-old and a 10-year-old girl to die alone, betrayed by everyone they loved and believed to be their family.”

Larson said although Blair, Archer and Ceus received less time, the maximum sentence is appropriate. She imposed 48 years for each count of fatal child abuse, to run consecutively for a total of 96 years, less 1,422 days of pre-sentence confinement.

Larson ordered Ika Eden to pay about $33,000 in prosecution costs and restitution, although the defendant indicated she would contest that.

“You have two young, little girls who were tortured to death. (The sentence) is not too extreme,” he said.

“I’m not sure letting the defendant sit in a hot car and starve to death would be too extreme.”